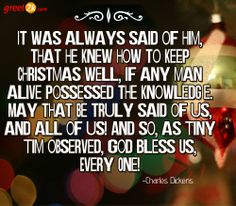 This is that time of year when we look back on the old year and look ahead to the new one. My sense is that, while the world is in a darker place at the end of this year, Canada's situation has improved. We have started to return to our vital centre, after turfing a government of which Ebeneezer Scrooge would have approved.

Like Scrooge, Stephen Harper approved of darkness and the cold. Dickens wrote that Scrooge was:

Hard and sharp as flint, from which no steel had ever struck out generous fire; secret, and self-contained, and solitary as an oyster. The cold within him froze his old features, nipped his pointed nose, shrivelled his cheek, stiffened his gait; made his eyes red, his thin lips blue; and spoke out shrewdly in his grating voice. A frosty rime was on his head, and on his eyebrows, and his wiry chin. He carried his own low temperature always about with him; he iced his office in the dog-days; and didn't thaw it one degree at Christmas.


As a species, Canadians are not Scrooges. True, there are Scrooges among us. Mr. Harper was one of them. It's too early to tell which of Dickens' characters Justin Trudeau resembles -- although at the moment he appears to be Scrooge's nephew Fred, inviting us to spend Christmas dinner at his and his wife's table.

We'll have a better idea of who he is next Christmas. But for today -- and for this year -- Merry Christmas to all.

Merry Christmas, Owen. The Trudeau government, in the spirit of the season, has bestowed a fitting gift to a Toronto family: http://www.thestar.com/news/immigration/2015/12/23/mom-dances-for-joy-at-news-son-can-come-to-canada.html

Scrooge et alia would not approve.

There couldn't be a better Christmas gift, Lorne. Scrooge wouldn't approve. But Dickens would. Merry Christmas.

Canada proved iteslf worthy of Christmas in the lat election. No matter how hard Scrooge pins us down we seem to be a people like many Euros that calls that a face plant.

Something tells me that Dickens would have approved the results of the last election, Steve. Merry Christmas.

Merry Christmas Owen. I rarely comment, but I read you every day. Thank you and may you enjoy a peaceful and prosperous new year.

A peaceful and prosperous New Year to you, too, Kim. It's always good to hear from you.

Best of all, Owen, it's 100% Harper-free. Suddenly who cares about gluten?