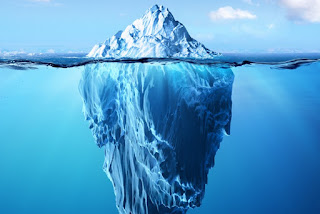 Andrew Scheer is hoping that no one will use the F-word -- Ford -- during the election campaign. Rob Benzie writes:

While the premier’s Progressive Conservatives won 76 of Ontario’s 124 provincial ridings in last year’s election, Scheer’s federal Conservatives fear he could hurt them where they need to win most.

Yes, Ford did his national counterparts a favour by postponing this past Monday’s scheduled return of the legislature until Oct. 28 — a week after the election.

And he has promised he’s “not getting involved” in the campaign.

But it may be difficult for the limelight-loving premier of Canada’s most populous and electorally important province to remain in the shadows for the next six weeks.

“It makes me so angry that we have to deal with the federal carbon tax. Because it isn’t just gas. It’s everything. Groceries move by truck. Homes are heated with natural gas,” he wrote.

“Honestly … it just makes me sick. Politicians who want to make your life more expensive don’t deserve to get elected. End of story.”


And just before the start of the campaign, Ford declared that stickers, purportedly showing the gross unfairness of the carbon tax, be placed on every gasoline pump in the province:

However, the Tory-blue decals — printed by Astley Gilbert at a cost to the treasury of $4,954 — are being challenged by the Canadian Civil Liberties Association, which argues that compelled speech violates the Constitution’s protection of free speech.

Vandalized and peeled off so quickly that supplies have run short, they may end up as a historic curio because the premier has suggested he might abandon the fight against Ottawa’s carbon pricing if the Trudeau Liberals are re-elected.

“We’ll be consulting with cabinet and we’ll move forward from there, but I do respect democracy,” he said two weeks ago.

It’s that sort of freewheeling style that alarms the button-down team around Scheer.


Scheer has every right to be concerned. Ford's the iceberg in the channel that could sink his ship.

Image: medium
Posted by Owen Gray at 9:02 am

Email ThisBlogThis!Share to TwitterShare to FacebookShare to Pinterest
Labels: Scheer And Ford

the daily droning of Andrew Scheer.. via Twitter, Facebook and lazy Mainstream TV Media seems far more damaging than the dullard and pathetic Ford.. as Canadians 'get to know' Andrew Scheer and are bombarded by his endless strident.. shrill & pedantic insulting 'message'.. and 'vision' of Canada.. Its as if he or Hamish, Lisa Raitt or Ray Novak decided Canadians have not a coherent thought in their head.. and will welcome some partisan incoherence.. Oh really ?

Trudeau does have a point, sal. These people are Harper's old gang.