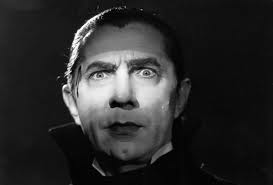 Claiming "We Can't Afford It," The Harper government has been killing all arms length entities whose job has been to hold the government to account. Its latest target is the Health Council of Canada. Michael Harris writes:

HCC’s work has never been more important, as evidenced by the dour conclusions of the Mar. 27, 2012 Senate committee report on health care. Among other things, the committee found that after ten years of special government commitment and increased funding, real systemic transformation of the health system simply hadn’t happened.


The HCC was one of the better tools legislators had to find out why not. That’s because it reported in detail on the issues casting the longest shadows over the future of medicare: access to physicians, wait-times for essential procedures, pharmaceuticals management, aboriginal health and primary health care reform.

Even more important, the HCC was the only independent national body acting as a watchdog on how health care dollars were spent once they gushed from tax spigots in Ottawa to the tune of $35 billion a year. The federal government itself was once the custodian of national standards — always holding in reserve the power of the purse if it detected violations of the Canada Health Act.


Mr. Harper has systematically been killing the organizations which provide evidence running contrary to his program:

The long form census died, (even though its replacement cost $30 million more) because it professionally gathered nuanced information that got in the way of governing by ideology.

The Experimental Lakes Area was erased because its scientists might have come up with irrefutable reasons to reconsider the breakneck development of the tar sands at all costs.

The Law Reform Commission was put out of business because some of the brightest legal minds in the country thought too much about constitutional and legal considerations that might create inescapable restraints for political bullies.


This is a government which -- like vampires -- can't survive in the light of day.

Email ThisBlogThis!Share to TwitterShare to FacebookShare to Pinterest
Labels: The Health Council Of Canada

Rumor has it. Harper's errant caucus, has returned to the Control Freak, Dictator Harper's lair. Seems Harper needs them, to force the FIPA with China onto us. Seems the caucus, enjoyed being dictated to. The caucus are, useless, spineless, gutless wonders.

The U.N. Security Council had asked Harper to join, 60 other countries to refer Syria to the ICC, to be prosecuted for war crimes and crimes against humanity. Harper refused.

ICC found Harper guilty of, stonewalling and hiding evidence on, the torture of the Detainee's. Seems ICC could charge Harper with war crimes and crimes against humanity too. Harper did not declare war on Libya. Libya did not declare war on Canada. Many innocent civilians were killed. Children with, their arms and legs blown off.

There was a formal letter, sent to the RCMP. The letter with all the gory details is on. nightslantern.ca

Unfortunately, Anon, Harper has as much regard for the UN as it has for him.

He ignores it. And, therefore, our international reputation has been besmirched.

This is the same cowardice and personal failure that compels so many right-wing stooges to be chicken-hawk war-mongers.

I am so tired of these imbeciles.

And, like vampires, they suck the lifeblood out of democracy, thwap.