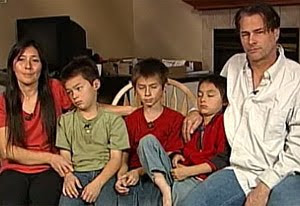 In his column in yesterday's New York Times, Frank Rich had an interesting take on the "balloon boy" saga which dominated the news -- particularly the electronic news -- for most of last week. Hearkening back to the Great Depression, he recalled the desperate dance marathoners in Horace McCoy's 1935 novel, They Shoot Horses, Don't They?, the aimless deadenders in Nathaniel West's The Day of the Locust, and the pathetic and nameless Curley's wife in John Steinbeck's Of Mice and Men -- all looking for wealth and stardom in the barren, jobless desert which was America in the 1930's.

Rich suggested that Richard Heene's callous exploitation of his children called more for sympathy than outrage. Having made a mercurial impression on the reality television show, Wife Swap, Heene was attempting to pilot his own show into the company of Dancing with the Stars, Survivor and Dr. Phil. The whole saga, Rich maintained, was emblematic of the times. "A freelance construction worker and handyman, [Heene] couldn't find much employment in an economy where construction is frozen and homeowners are more worried about losing their homes than fixing them." The media maelstrom which he pinned his dreams on "is among the country's last dependable job engines." It has found ratings gold in entertainment masquerading as news; and it has exalted the trivial and trivialized what has been -- or will be -- historically significant.

Understanding Heene's desperation does not excuse his neglect of his parental responsibilities. And he will probably experience the lash of the law. But, Rich wrote, "the ultimate joke is that Heene, unlike the reckless gamblers at the top of Citigroup and AIG, may be the one with a serious shot at ending up behind bars."

If that prediction turns out to be true -- and if the millions of unemployed are left to drift into bored non-productivity -- the result could be catastrophic. Those who chart public policy would do well reread the ending of The Day of the Locust.

The First Shall Be First 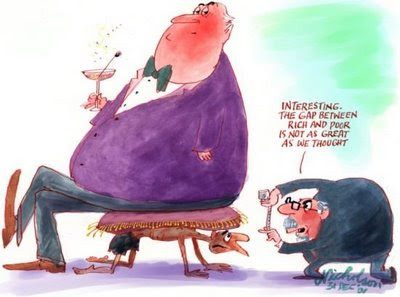 Last Friday, Jeffrey Simpson -- in The Globe and Mail -- marvelled at how nominally conservative governments have managed to survive the Great Recession pretty much unscathed. They have accomplished this, he wrote, "not because they are conservatives but rather because they are pursuing leftish policies." In Canada, Simpson noted, "Mr. Harper is sitting pretty, largely because, he, like other conservatives, has done very non-conservative things."

There are some -- believing that John Maynard Keynes was right all along -- who give thanks for the elasticity of conservative principles. But Goldman Sachs' and J.P. Morgan-Chase's announcements last week that they intend to distribute billions of dollars in bonuses to their employees (some of whom almost brought those houses down) remind us all that the prime directive of conservatives is: the first shall always come first.

Nearly eighty years ago, Franklin Roosevelt warned his countrymen that "The test of our progress is not whether we add more to the abundance of those who have much; it is whether we provide enough for those who have too little." And Katrina Vanden Heuvel reminded readers of The Nation last week that "The public face of the response to The Great Depression was the WPA."

Unemployment in Canada stands at 8.4%. Yet Mr. Harper has only extended employment benefits to a small number of the longest employed workers, who are -- Tom Walkom noted earlier -- mainly auto workers residing in ridings which the Conservatives see as critical in the next election. And while employment hovers at close to 10% in the United States, Rolfe Winkler, in a recent column, concludes that "Main Street still owns much of the risk while Wall Street gets all of the profit."

And those who owe their salvation to government bailouts have walked away with not even a blush. Roosevelt was accused of betraying his class. But today government policy treats these folks as an endangered species. The ordinary folks who have been stuck with the check are the endangered species. 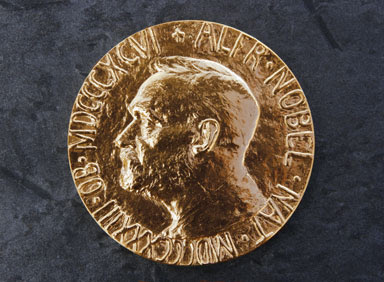 The announcement from Oslo last week that Barack Obama had won this year's Nobel Peace Prize generated lots of gasps and -- on the part of some -- lots of fury. No one seemed more surprised than the man who currently occupies the White House. Moreover, his daughters helped him keep things in perspective. "After I received the news," Obama said, "Malia walked in and said, 'Daddy, you won the Nobel Peace Prize, and it is Bo's birthday.' And then Sasha added, 'Plus, we have a three day weekend coming up.'" The award has not gone to the man's head.

But it certainly touched something sensitive in some right wing neighbourhoods. William Kristol, whose judgment is open to question -- after cheerleading for the Iraq War and Sarah Palin -- compared Obama to Mikhail Gorbachev: "But let's hope the parallel extends this far: that a year from now the Democrats suffer a major electoral repudiation, and that the New Liberalism goes the way of Reform Communism. And that, beginning in 2013, Obama will have lots of free time to spend hobnobbing with Gorbachev on the international celebrity circuit."

And David Frum, in The National Post, wrote: "From the age of 20, Barack Obama has collected acclaim, awards and prizes, not for his accomplishments (which have always been rather scanty) but for his potential. You would think with the guy nearing 50 and elected President of the United States that the prizes for 'the most promising young man' would cease." But, much to Frum's chagrin, they keep coming. "Waiting in the wings: the Vatican," he wrote. "Why wait until the guy has performed his posthumous miracles to confer sainthood upon him? Think of the amazing miracles he could perform in the future."

Obama himself recognized that the award was "aspirational" and that the challenges this generation faces "can't be met by any one leader or any one nation." And, he added, "To be honest, I do not feel that I deserve to be in the company of so many of the transformative figures who've been honoured by this prize, men and women who've inspired me and inspired the entire world through their courageous pursuit of peace."

The award was clearly a statement of expectations. The committee expects Obama to accomplish great things. It is another burden which has been placed on his shoulders. One wonders how many burdens his shoulders can carry. He faces a long and difficult journey; and success is far from certain. But this much is certain: Obama's countrymen elected him, not just because they felt he had the intellectual equipment to face a world of Brobdingnagian problems, but because he also had the temperment to deal with those problems. The Nobel committee obviously agreed with the electorate. Mr. Kristol and Mr. Frum are not of that party.
Posted by Owen Gray at 9:03 am 2 comments: 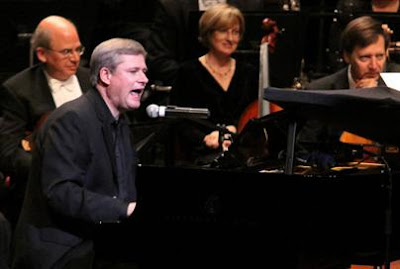 Last Friday, in The Globe and Mail, Canadian historian Michael Bliss mused that Stephen Harper might be on the cusp of becoming another William Lyon MacKenzie King. It was King -- Canada's longest serving prime Minister -- who established the Liberals as Canada's "natural governing party." It was King, too, who had absolutely no political scrupples. "Sooner or later," Bliss wrote, "the contempt that many in our chattering classes still seem to feel for the Conservatives in general and Mr. Harper in particular is going to begin to give way to the realization that he is on the verge of becoming the next Mackenzie King."

Perhaps. Bliss conceded that -- like King -- Harper is "neither colourful nor lovable." But Bliss's central thrust, that "Conservatives hold the political centre so thoroughly that Liberals have no idea whether to attack the government from the right . . . or from the left . . ." is dubious. He is right, however, when he claims that "the Liberal Party is floundering in uncertainty and disunity."

Canadians are far from certain that Harper is a centrist. I suspect that a majority of them would agree with W.E. Belliveau that Harper's "personal ideology remains far from the centre. His core beliefs are right wing and often anti-social." No, Belliveau concludes, Harper is a chameleon: "A chameleon can change colours at a drop of a hat. A chameleon is not a leader. A chameleon is a survivor, and that's the message of Mr. Harper's new found centre status." If one requires proof, one need look no further than his recent performance at the National Arts Centre, before an audience of black tie patrons of the arts who -- during the last election -- he dismissed as financial parasites.

Belliveau is on to something. But, however valid his analysis might be, it does not let the Liberals off the hook. They are in danger of reliving the fate of King's earnest but naive opponent, Arthur Meighen, who -- Bliss correctly noted -- "was consigned to the dustbin of history, where he wrote memoirs insisting that he had always been right."

When the Liberals chose Ignatieff, they chose a man of ideas who had absolutely no political experience. That lack of experience was undercored last week in the foolishness over the Liberal nomination in Outremont. More importantly, the party is still waiting for a policy conference, which is now scheduled for early next year. It would have been better to have had the conference sooner rather than later; and it would have been better to support the government on an issue by issue basis until the conference. Having sorted out its platform, the party would then be in a better position to withdraw its support wholesale.

Liberals' frustration boiled over this summer when they realized that to support Mr. Harper is to ride on the back of the tiger. He lives for the thrill of devouring his opponents. Anyone who believes he does anything for altrustic reasons -- even performing with Yo Yo Ma at the National Arts Centre -- is deluded.
Posted by Owen Gray at 7:49 am 2 comments: