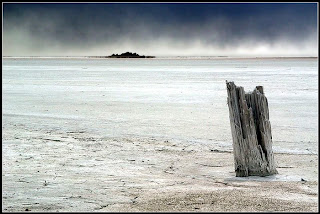 If a new Angus Reid Poll is an accurate snapshot of where the country is today, then we are -- as the first George Bush used to say -- "in deep doo-doo." According to the poll, the majority of Canadians believe that "the worst are full of passionate intensity," while "the best lack all conviction." Jaideep Mukerji, the vice president of Angus Reid, summarized the results of the poll:

According to results obtained to date, only 20 per cent of Canadians can be described as “invigorated” by the current political scene and these are almost exclusively Conservatives — happy with politics the way it is, as long as their chosen party is in power, the poll found. “That’s Stephen Harper’s base, right there,” Mukerji said.

The other 80 per cent were scattered between mistrust, cynicism and alienation, with only 13 per cent described as hopeful, “mid-left” voters. These were the type more likely to say that politics was a positive force and that government’s job was to help out people less fortunate.

“No political party has enough of a base on their own to be able to satisfy the middle,” Mukerji says.

The results do not bode well for voter turnout. We are a country which has known passionate debates before -- the 1980 Quebec referendum among them. But we survived that turbulence because Canadians were engaged in their nation's politics. It would appear that the politics of personal destruction -- and I'm thinking of those five years of Conservative attack ads -- have left us in a political wasteland.

But, regardless of who is responsible, the country is now literally in our hands. Only we can change it. Or, as Yeats accurately predicted, the centre will not hold.

This entry is  cross posted at The Moderate Voice.
Posted by Owen Gray at 9:18 pm

It being April and all I was expecting a bit more of an Eliot reference than Yeats.

Depending on the results of this election, April may well prove to be the cruelest month.

I think a big part of the blame has been the three decades where ALL the political parties tried to convince Canadians that they couldn't do anything for them.

Neo-liberalism has been an economic failure, and people believe that there's no alternative.

If we survive this election though, we really need to turn on the shit-head 20% who support harper, and torture, and racism, and sexism, and homophobia, and want to inflict their degenerate values on us, and just tell them to STFU and ignore their brain-dead criticisms (unless we feel like mocking them for amusement).

I agree, thwap, that a central objective of Neo-Liberalism has been to render government ineffective.

Let's face it -- to a large degree -- the New Right has succeeded. And, as Lawrence Martin points out today, they have had a run of good luck.

Still, in the end, we get the government we deserve. If a majority of us -- either through commission or omission -- allow the Harperites to succeed, we all will own the consequences of our failure.