The "Primitives" Have Got It Right 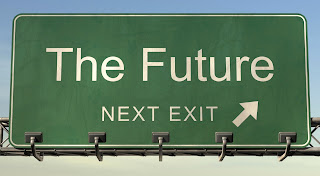 In a recent article, Noam Chomsky asks the question we should all be asking: "Who will defend the earth?" The people who are desperately interested in the answer to that question are people we have traditionally thought of as "backward." But, Chomsky writes, they understand what is at stake:


That the Earth now desperately needs defense from impending environmental catastrophe is surely obvious to any rational and literate person. The different reactions to the crisis are a most remarkable feature of current history.

At the forefront of the defense of nature are those often called “primitive”: members of indigenous and tribal groups, like the First Nations in Canada or the Aborigines in Australia - the remnants of peoples who have survived the imperial onslaught. At the forefront of the assault on nature are those who call themselves the most advanced and civilized: the richest and most powerful nations.


And, the answer to that question is at the heart of the turmoil which presently roils in Turkey:

The struggle to defend the commons takes many forms. In microcosm, it is taking place right now in Turkey’s Taksim Square, where brave men and women are protecting one of the last remnants of the commons of Istanbul from the wrecking ball of commercialization and gentrification and autocratic rule that is destroying this ancient treasure.

The defenders of Taksim Square are at the forefront of a worldwide struggle to preserve the global commons from the ravages of that same wrecking ball - a struggle in which we must all take part, with dedication and resolve, if there is to be any hope for decent human survival in a world that has no borders. It is our common possession, to defend or to destroy.


We have become obsessed with the notion of private property, while we have forgotten the concept of the public commons. And, if we refuse to accept the idea that we are all in this together, the planet will collapse. In fact, it is well on the way to collapse.

The so called advanced people are the real primitives.

I couldn't agree with you more, Owen. The 'primitives' do indeed see the connectedness or sacredness of all life, something that climate scientists really are talking about when they discuss climate change. But the world chooses to ignore both sources of wisdom. To acknowledge them, we would all have to alter the bloated lifestyles we are apparently so deeply addicted to.

Our future is in the hands of narcissists, Lorne, who believe there is no wisdom but their own.

To them the notion that the earth is sacred is the mumbo-jumbo of witch-doctors.