One May Smile And Be A Villain 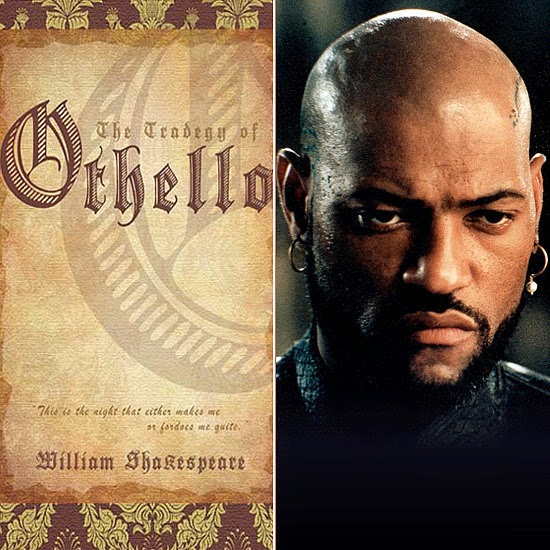 With Industry Canada's approval of Burger King's takeover of Tim Horton's, Oakville officially became the home of the Whopper. But Gerald Caplan writes that the real home of the Whopper is Ottawa. And, while several past governments might lay claim to telling  the biggest whoppers, the Harper government is certainly in the running for the gold medal:

But last week the government finally won the gold medal for perhaps the most despicable act ever of deceit and outright lying. And wouldn’t you just know, given the Harper record, that it was Canada’s veterans they lied to.

Stephen Harper and his government have seemed inexplicably indifferent to vets returning from war zones with post-traumatic stress disorder. According to the latest Defence Department stats, 160 military personnel committed suicide between 2004 and March 31, 2014. That compares to the 138 Canadian soldiers killed in combat in Afghanistan between 2002 and 2014. It’s a stunning comparison, isn’t it? By any measure it’s a crisis of epidemic proportions, and yet the government refused to take it seriously. Rhetoric? Of course; a great deal. Money? Some. Yet no serious attempt to deal with the problem. It’s truly baffling.


So, two days before the auditor general lambasted the Harperites for the delays in getting services to the victims of PTSD, Julian Fantino announced that $200 million dollars were going to be spent on providing those services. However:

The $200-million money is not for the next six years at all. It’s for the next 50 years, as the government was soon forced to acknowledge, maybe $4-million a year. According to Scott Maxwell, executive director of the activist Wounded Warriors Canada, the 50-year figure “has never been mentioned in any briefing, in any press release or conference.” The government wilfully covered up the truth from beginning to end.


Othello got it right.  One may smile and smile and be a villain.

Me for one cannot believe the Harper cons go along with this and not one is daring enough to stand up against him now. Brent Rathgeber was the only one in the stench filled con party to step away. We need more like him and then the vets might get real assistance. Medicare would not get cuts the EI fund would stay intact and do what it is supposed to do help the jobless. Corporations would no longer get federal handouts and be taxed fairly instead and not allowed to write off taxes in the entirety. Am I a dreamer Owen or am I a centrist who sees it the way it should be?

"These recent transgressions are in addition to the $5 Million Veterans Affairs is using to promote the laughable concept of how well Canada treats its veterans."

Here's the problem from where I sit. I asked one of my old Veteran friends (a guy who was on the beaches at Normandy) what Vets think of Harper's treatment of Vets. He said that about 80% are furious. I then asked how many will change their vote because of this. The answer: none! No matter how badly they are treated, Veterans will vote Conservative. I think Harper knows this.

Admittedly, I'm in a conservative part of the country. How does it read elsewhere? Is there a difference between WWII Vets and Afghanistan Vets?

I'm betting that there is a difference between World War II and Afghanistan vets, Toby. The pain is closer to them.

The question is: How many Canadians are paying attention?

They ARE NOT the Conservative Party
of Canada.

They just stole the name.

I agree wholeheartedly, Anon. They are the Wrecking Ball Party. They have no wish to conserve anything.

Owen, how deep do you think Canadians not paying attention goes? On good days I think they do have some idea how corrupt Harper and his cons are. On bad days I think Oh My God there is a chance that he will get a majority in 2015! I follow politics daily, so it's hard to get a read on people who aren't that interested. How serious do you think it is?

I honestly don't know, Pam. I do know that Canadians can reach a point where they simply want the bums gone.

I just don't know if we've reached that point yet.

Most dictators are sociopaths and are only able to care about themselves Think back to the dictators of the 30's and 40's, their characteristics are all very similar. Harper fits the profile of a dictator, right to a T.

With Harper selling Canada to Communist China with his FIPPA deal? That is a hell of a lot of ethnic votes. With all of the other ethnic votes Harper has bought at our expense? If the Veterans will still vote for Harper? How can Harper not win the election?

An answer to Pamela though ..

Just imagine The Harper Party winning another majority then consider how impossible it is for Harper to protect himself from the truth of his failures ideology and schemes. Adding more to his stinking historic 'legacy'

Like some classic monster out of a modern Charles Dickens novel he will be visited by ghosts and confronted by his abject failure.. and his complicit associates will share the infamy.

The man who extirpated species, polluted the environment, threw us in bed with Communist China, attacked democracy, lied to the nation endlessly, ignored or encouraged Election Fraud.. stood for Israeli apartheid.. an endless despicable list

Well.. what a huge list of victims and his pals waits to pile on and trample him

There is something Victorian and Dickensian about Harper, salamander.

Something tells me, however, that there will be no redemption.

If he alienates enough veterans, Anon, he may not win the next election.