The Economic Argument For Peace On Earth 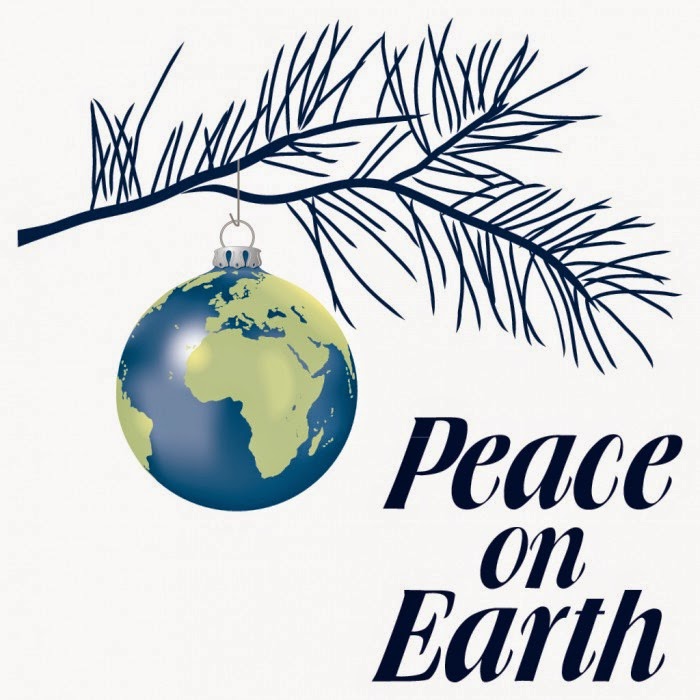 "Peace On Earth." We repeat the phrase often at this time of year. It's standard boilerplate -- a postive suggestion, but not very likely. However, Paul Krugman wrote this week that there are realistic reasons to support the suggestion. Those reasons have been around for awhile:

More than a century has passed since Norman Angell, a British journalist and politician, published “The Great Illusion,” a treatise arguing that the age of conquest was or at least should be over. He didn’t predict an end to warfare, but he did argue that aggressive wars no longer made sense — that modern warfare impoverishes the victors as well as the vanquished.


Krugman believes there is plenty of evidence to suggest that Angell was right. Iraq and Afghanistan stand as sad examples of the fact that the spoils of conquest are no longer what they used to be. And Vladimir Putin's recent empire building offers more evidence that conquest no longer pays:

Look at what passes for a Putin success, the seizure of Crimea: Russia may have annexed the peninsula with almost no opposition, but what it got from its triumph was an imploding economy that is in no position to pay tribute, and in fact requires costly aid. Meanwhile, foreign investment in and lending to Russia proper more or less collapsed even before the oil price plunge turned the situation into a full-blown financial crisis.


So what does the evidence tell us about the guys who keep insisting they're the smartest guys in the room?

Let’s not forget how we ended up invading Iraq. It wasn’t a response to 9/11, or to evidence of a heightened threat. It was, instead, a war of choice to demonstrate U.S. power and serve as a proof of concept for a whole series of wars neocons were eager to fight. Remember “Everyone wants to go to Baghdad. Real men want to go to Tehran”?

The point is that there is a still-powerful political faction in America committed to the view that conquest pays, and that in general the way to be strong is to act tough and make other people afraid. One suspects, by the way, that this false notion of power was why the architects of war made torture routine — it wasn’t so much about results as about demonstrating a willingness to do whatever it takes.

Christmas isn't about doing whatever it takes. It's about doing for others not to others. Merry Christmas to all. Perhaps next year there will be more peace on earth.

The entry is cross posted at The Moderate Voice.

But he is not the aggressor here.

The more this bullshit gets repeated, the more likely the delusional asswipes in Washington will lead us all to WWIII.

The USA is the aggressor in the Ukraine. Not Russia. Even Kissinger will admit this.

Even if it were true that Putin re-absorbing the Crimea into Russia was expansionism, it itself didn't lower the price of oil.

That was done independently by Washington and Saudi Arabia.

Be that as it may, thwap, the idea that flexing your militaristic muscles helps build a better world is an idea whose time has passed.

Why does Krugmann not identify those people - those who make their fortunes from arms trading, or from brokering for arms traders? Too many of them on the NYT board?

That's not his job, Anon. He's an editorialist -- not a reporter.

But someone should do precisely that.

Peace on earth and Merry Christmas to all and yours Owen.

I agree with Thwap on this. Putin's move in Crimea was a defensive move, in my opinion, to protect his flank against NATO aggression and to preserve his Naval position in Crimea.

To you and yours as well, Pam. Happy New Year!

Perhaps, Kim. But, if you combine Crimea with Putin's other military thrusts -- in Georgia and South Ossetia, for instance -- his moves look more offensive than defensive.

And, in the end, I believe you can argue he has done more damage to Russia than good.

South Ossetia was another example of Washington provocation.

As bad as Putin is, most Russians recognize him as an improvement over the stooge Yeltsin.

Even this slanted propaganda from the NYT's recognizes this.

The article tries to make Putin's 80% approval ratings (based on the horrid alternatives) as purely the result of state control of mass media. But then are forced to admit that 84% support him of those who regularly watch the television, as opposed to 79% among those who do not watch television regularly.

The fact of the matter is that liberals (US Democrats, or Canadian Liberals) suck. They're inhuman, anti-democratic, thieving scum, and their slant on the world is usually self-serving drivel.

I'd suggest that Putin's approval ratings might have something to do with willful ignorance, thwap -- something we in this country know about.

The problem with Krugman he is repeating propaganda. Russia did not "swallow" the Crimea the Crimea had a democratic vote to leave the US IMF Ukrainian dictatorship that was "ethic cleansing" the Russian populace who were the majority in the Crimea. Now that being said it was a natural choice for them to reunite to their motherland Russia. Paul Krugman unfortunately is a propagandist that mixes truth with out right lies.

There is plenty of evidence Paul is a liar Putin did not make the decision Crimea did through a democratic vote something we have lost in Canada under our current Harper government dictatorship.

Merry Christ-Mass to you and your family Owen!

Merry Christmas to you and yours, Mogs.

I'm in the neo-liberals are the aggressors camp but that aside, wishing you and yours all the best for the holidays and New Year, Owen.

Happy holidays to you and yours, Bejiing.

Harper called Russia and Putin evil Communists then, sold Canada to Communist China with his FIPPA deal. It is China that is the menace not Putin. China is menacing and provoking countries around the globe. China too is grabbing territory and Harper says, not one word.

Let us hear Harper tell China, he is a so called devout Christian. Communist China despises Christians. Churches are not permitted to have crosses on them.

China doesn't officially recognize Christmas, Anon. But here's hoping you have a very merry one.

I also want to add that this is a very soft Russian occupation compared to the American and now Harper 'scorched earth policy' yet they claim Putin is exactly what they really are that is closet queen's of terror all around the planet. Yet they claim they are excuse me I gotta get sick 'peace makers'?

Look the Crimea's voted to go back to their homeland motherland Russia so this not an occupation it is a defense against Obama and the IMF...

Notice Germany has no problem with that?

And dear Owen who is widely respected if you look at these pics you will see that there was no "Russian Troops" in Ukrainian or the Crimea peninsula well maybe some:

Now the real question is how did The USA Today manage to come up with these pictures? If it was truly Russian Troops they would not have allowed that to happen eh?

Proves to me Obama and Harper are both phoney chest beating baloney.

Good Luck on Obama as he is a chameleon lizard like Harper Putin Blair Mulroney Chretien Trudeau Mulcair Prentice Clark just to name a few of the familia of lizards who shape shift their opinions on a political whim. And also can not act like ladies and gentlemen in the so-called 'House of Commons' Elisabeth May seems to be the only exception. MuLcair and Trudeau act the same as unloved mighty dictator Harper. But Trudeau finally came out with a plan to dismantle the "Steve Harper" machine I solute him for that:

Um why did Harper not think of that? Control freak and megalomania with dictator overtones is why...