The Real Villain Is Stephen Harper 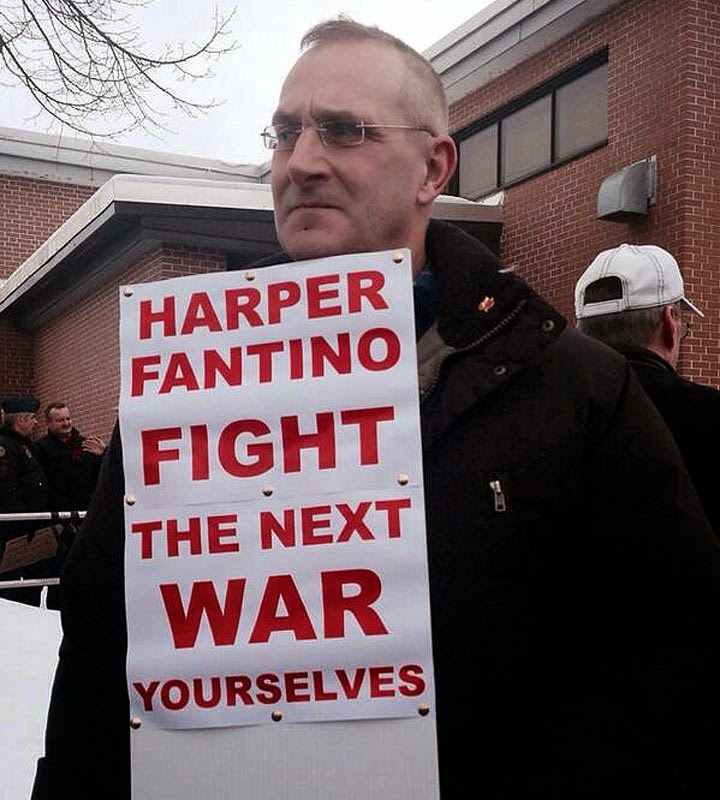 The opposition parties are calling for Julian Fantino's resignation. It's true that Fantino has bungled every cabinet position he's held. But he has never run any ministry for which he has been held responsible. Michael Harris writes:

No Harper cabinet minister runs his or her department. Fantino does what every other cabinet minister does — exactly what he’s told to do by the PMO. He did what he was told as minister of state for Seniors, as associate minister of Defence, as minister for International Cooperation, and as the dud champ of the vets. A click of the heels, a salute — and then its off to fire another snowball made by Stephen Harper.

Harper doesn’t fire people for doing what they’re told — which is why Fantino still has his job. Nor has the PM ever had a problem with sending a bricklayer to repair a Rolex. In fact, Harper has used Fantino’s tough-guy/ex-cop image in every one of his postings to “scare the ‘crats” internally, as one insider put it — the “‘crats” being bureaucrats. Since Harper is still persuaded the public service is an enemy, Fantino performs a very useful service.


It's Harper who has dismantled Veterans Affairs. Consider the numbers:

Finally, it’s the PM who has such a shallow understanding of the nature of Post Traumatic Stress Disorder that he thinks any vet suffering from it can get help at Service Canada Centres — the places you go to apply for Employment Insurance or maternity benefits.


And to cover the damage, there is the usual response -- advertise:

Those ads will have to be pretty good this time. They’ll have to make people forget all about the unspent $1.13 billion the Harper government has siphoned from Veterans Affairs since 2006. They’ll have to convince Canadians to overlook the fact that Harper has cut 25 per cent of the workforce at Veterans Affairs in the past five years. As reported by Paul McLeod of the Chronicle Herald, half of those cuts were made to a program called Health Care and Re-Establishment benefits.


Fantino may be a tough talking fool. But the real villain is Stephen Harper.

Email ThisBlogThis!Share to TwitterShare to FacebookShare to Pinterest
Labels: Harper And Veterans

Harper also gave $550 million to "Almost 90 per cent of all businesses in Canada that pay EI premiums will receive the credit, or about 780,000 firms,..." out of the EI fund.

He gives to some and he takes away from the men and women who fight his wars, Mogs.

As a sociopath, Harper only cares about Harper and is rabid to be a big shot on the international scene.

Harper is not about what is good for the country, the provinces nor the people. Harper only cares of what benefits him, his power, glory and to hell with the people.

I see Harper as a control freak monster and just as nuts as, Stalin, Hitler and Mussolini. All dictators have the same typo characteristics.

Its hard to disagree BUt Harper only rules with the consent (or blind allegiance) of ALL his caucus. Not one of them is less guilty as the 'leader'!

I wish I could hear and record harper's thoughts as he lays a wreath at a Remembrance Day ceremony.

I suspect it would be like listening to Nixon's tapes, thwap.