How Does He Get Away With It? 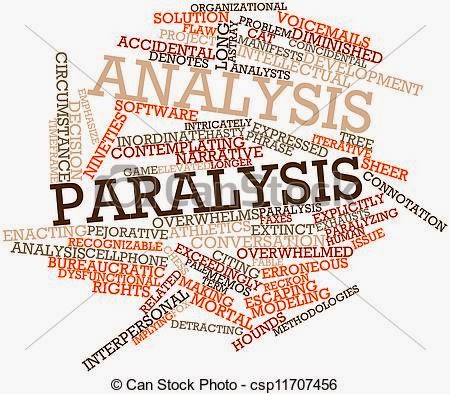 
How does Harper get away with dismantling the International Centre for Human Rights and Democratic Development, which promoted democracy and human rights around the world for 24 years?

How does Harper get away with cutting funding for organizations such as Kairos, a coalition of church groups that advocated for human rights?

How does Harper get away with introducing a fair elections act that was so unfair it should rightly have been called the anti-democratic elections act?

How does Harper get away with slapping gag orders on public servants and scientists, preventing them from speaking to the public?

How does Harper get away with letting cabinet ministers restrict freedom of speech and information tenets, withhold and alter documents, and launch personal attacks on whistleblowers?

How does Harper get away with slamming the chief electoral officer for doing his job?

How does Harper, who loves to tout federal-provincial relations, get away with openly snubbing the premier of Canada’s most populous province for more than a year?

How does Harper get away with blissfully ignoring Conservative election scandals, from the infamous anti-democratic robocall affair to voter fraud and election spending violations?

How does Harper get away with shutting down Parliament not once but twice for partisan political reasons?


The reason is not hard  to find:

While some pro-democracy groups have raised alarms in the past about Harper, most Canadians have just shrugged their shoulders, albeit in disgust. They are disengaged, discouraged by government scandals and believe politicians don’t listen to them and aren’t interested in the issues that are important to them.


Harper thrives on the cynicism he creates. He has raised Canadian cynicism to new heights, knowing that cynicism -- when it becomes fatal -- causes paralysis. And paralyzed institutions will offer him no resistance.

That's why this year's election is seminal. If Mr. Harper is re-elected, that paralysis will become permanent.

The list is endless Owen. Many of us, yourself included have been pointing out the hits against democracy by the Harper Regime for years now but at time it seems a thankless and futile task.

As long as Harper can count on voter apathy, Rural, he'll continue to destroy our democratic institutions.

In the end, the fault -- and the responsibility -- is ours.

The election is an opportunity to send Harper packing, Mogs. We dare not waste it.

When an apparently intelligent and connected guy like this Adams chap is unfortunately so cynical towards all governments, that is at least partly why Harper gets away with so many things: http://www.ipolitics.ca/2015/01/06/harper-haters-will-hate-adams/

Sad that people like Adams are helping to diminish Harper's serious transgressions. And misleading some voters in the process.

I assume you're referring to Paul Adams' recent piece at ipolitics, Anon. I read the piece as a reminder that we should keep things in perspective.

If Harper's opponents are so filled with rage that they refuse to think strategically, they will wind up with another Harper mandate and a toothless opposition.

In no small part this is thanks to the NDP refusing to call out Harper for what he was back in 2006 onwards. After all, traditionally it is the NDP that was seen as the protectors of such important process issues and caring for such things as the health of our democracy, so if they weren't screaming about it, or were saying Harper and the Libs were the same (Lib Tory same old story) then clearly it can't be all that bad. This was a point I was making a DECADE ago!!! This *IS* what I am so pissed at Layton and the NDP leadership for, because they chose to align with Harper early on so as to eliminate a common political rival/foe instead of playing their principles and values first (and lets be honest here, Harper and his CPC represented and still represent a threat to those values unlike anything we have ever seen before in this nation, and there is no true comparison on that threat level between him and ANY prior Lib government) and incidentally protecting this nation.

I say and have said this since from over a decade ago because for the common unaligned disconnected voter who pays little attention to politics between election campaigns this is a part of the way they view the world of politics. As well, it would have prevented (or at least made much more difficult and also made it more obvious for the myth-making that it was) Harpers media allies from painting him as just another centrist, if slightly more right of center than some, instead of as the reality of what he is, a radical far right wing conservative way out of step not just with the vast majority of Canadians but even out of step with many traditional Canadian Conservatives.

You can say what you will about the Libs, they never stopped trying to call out the danger Harper posed to us all. Their problem was that the real threat was not the socon hidden agenda, but the process one, and that being so hard to sell/explain, especially by a party as tired and scandal ridden as it was at the time without any one else aka NDP backing them up on it just wasn't going to sell, so they went with what they had, and to be fair to the Libs there was reason to worry about a socon agenda as well, but that was never the place the true threat lay. However, that is how we got here, and by now having the NDP finally recognize the real threat Harper is and join with the Libs to remove him this time around, while would be welcome, is too late for tall those institutions and values that we as a nation once held dear.

Way to go there Dippers.

I know many will want to dismiss this as further Scotian ranting about how bad the Dippers are, except this is at the heart of WHY I've been saying the Dippers are a problem for the past decade now, so for those that try to dismiss it on that basis, insert suitable self directed profanity here.

It's not too hard to imagine what Tommy Douglas or David Lewis would say about our current predicament, Scotian.

Owen I am touched by the Humanness of Michael Harris I wrote him an email thanking him for educating Canadians on the real Harper. Sent him my list of the people Harper has pissed off that I published in one of your earlier blogs and I figured I'd never hear from a man of that caliber. He has written several books as you know. He obviously has a brilliant mind.

Well he actually responded and I was very happily surprised following is our email exchange:

michael here. your list is brilliant. i like to think that all the people and groups named will bring together the very forces that will defeat this man. 2015 is as much about us as it is about him. are we full of fear, or full of courage? we will continue to be herded like cattle by lies and propaganda, or shout out the truth and set a bolder course? i am glad i have someone like you taking the time to write to someone like me. yours truly, Michael

Sent from my iPad

> Michael Harris I salute you for educating Canadians on the true Harper and his ‘zombie like’ con clowns.
>
> Who has Harper not pissed off?
> These he has:
> Coast Guard,
> Veterans,
> Army, Navy, Air Force,
> Dept of Fisheries workers,
> Postal workers,
> National Parks workers,
> The unemployed,
> Anyone who has had his or her job taken by a “Temporary [permanent] Foreign Worker,
> Scientists,
> Lawyers,
> Professors,
> Environmentalists,
> Charities on his hit list,
> And a ton of Public Service workers he has fired,
> Ordinary Canadians like me who do not like the changes he is making to Canada to benefit the 1% at our expense,
> Finally journo’s in the MSM [bout time they woke up and took shots at his majesty instead of swooning over the fool on the hill (Parliament Hill)],
>
> The list is endless so since he knows he cannot get re-elected without cheating. A war measures act or emergency prorogue of parliament?
>
> Thank you,
> Mogs Moglio

And also Owen thank you for educating Canadians on what is really happening behind the Harper closed secrecy curtain hide in the closet con self so-called Harper government.

He has more pictures of himself plastered around parliament than Hitler had in the Reichstag ...

I'm impressed with Harris' response to you, Mogs. I'm also impressed by his dedication to his craft.

His work is indispensable.

I smell a big fat rat. I assume everyone knows, the BC Liberals aren't Liberals and they work for Harper?

Seems Harper made a farce visit to BC. The farce Harper announced, is all very old news. The loans for people to go back to school, for a trade in BC's resource sector. However, that doesn't exist any more than Harper's economic and job action plans do. The jobs there are, mostly belong to China.

Lo and behold, there was an immediate poll regarding? Which out of these five names do you trust? Harper's favorite henchman Gordon Campbell's name absolutely jumped out at people. Harper and Campbell worked very hard at dismantling BC. Campbell's two election lies. (1) The BC Railroad wasn't for sale, which Campbell promptly sold. (2) The HST wasn't on Campbell's radar either. Caught in a whopper lie? The HST was plotted behind, the BC peoples backs.

Harper rewarded the vile corrupt Gordon Campbell the post as, High Commissioner to the UK, for doing Harper's dirty work for him.

Neither, Harper and Gordon Campbell have any honor, decency, scruples, ethics nor morals, what-so-ever.

We called Harper and Campbell, the deadly, dastardly, devils, duo.

Anon 7:02 ya hey eh? Clark Campbell Harper the ugly-ist three some in Canada and BC but then we have to throw Alison Redford in for good measure. All four abuse power once elected.

Steve ya nice response by Michael Harris I was not expecting that but that being said he was eloquent eh?

Owen keep up the good work my man...