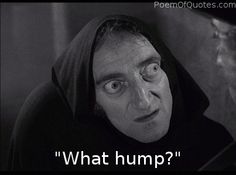 Yesterday, at a campaign  stop in Pickering, Stephen Harper claimed the Canadian economy was in bad shape because the global economy isn't doing well:

"Let me just state clearly what the situation is, there has been a downturn and the reason for that has been the downturn in the global economy," Harper said in Pickering, Ont.

"It's really that simple. Look around the world, we have another crisis downturn in Europe, we have a very significant slowdown and some other related economic problems now in China, we had very negative first quarter growth in the United States.

"So those things have obviously affected this country and in particular through oil prices and some commodity prices."

Harper added that the federal government will not "spiral ourselves into deficit" and face credit downgrades, create an "investment freeze" by hiking taxes on businesses or take away tax breaks to Canadian families.

"Those are things we don't do," he said. "What we are doing, is providing strong fiscal discipline with lower taxes and we will have very large scale investment going into the Canadian economy this month alone through the increased universal childcare benefits."


In Young Frankenstein, the hump on Igor's back keeps shifting. Finally, he denies its existence. It's a fitting metaphor for Stephen Harper's concept of responsibility. He takes responsibility for what others  have done -- like the banking system Paul Martin bequeathed to him, or the discovery of John Franklin's ships.

But he'll deny responsibility for the deficits he has run, for his atrocious record of job creation and for the hollowing out of Canada's manufacturing sector. Like Igor, he's become a running joke.

NOTHING he say can be taken at face value, around the same time he made a big announcement that the Feds has “expanded the Rouge Valley Urban Park by 35%, but failed to mention that it is (was?) a provincial park and the protection of said previously protected area would be REDUCED under the legislation passed in January. Every time he opens his mouth I become increasing sick to my stomach!

It's strange, Rural. He seems to be immune to facts. He works on the assumption that whatever he says is true -- because he says it.

"He works on the assumption that whatever he says is true -- because he says it."

The curious part is that so many Canadians believe it because Harper said it.

The Harper Saga proves that you can go a long way, Toby, if you learn how to harness human stupidity.

So I guess what Canada needs is a bunch of so-called trade deals, which allow foreign investors to sue Canada when they don't like our laws and policies.

That, apparently, is his plan, Hugh.

He is delusional Owen. Every thing that comes out of his mouth is a lie. I don't think Canadians for the most part are falling for it. He seems more exposed now. He doesn't talk to the Canadian majority, so he doesn't know what they think. I am totally gobsmacked by the arrogance he shows in telling these lies. Having a dictator as Prime Minister is tough enough, but having a delusional dictator who thinks he has the right to lie when ever and where ever is down right dangerous.

He's gotten away with his version of the truth for a long time, Pam. It's not surprising that he thinks he's invulnerable.

IMHO Harper is right on track of where he wants to be destroying Canada's economy by not diversifying, destroying the environment and allowing fauna to go extinct by not offering species habitat protection further allowing pristine lakes to be turned into industrial tailing ponds so toxic chemicals and elements can leach downstream and destroy fish habitat, destroying a hundred or more years of scientific research into Canada's environment inclusive of Flora and Fauna, tossing aside veterans, seniors, students, the poor, raiding EI funds and denying legitimate EI claims, cutting back no loping off medicare, severely impairing the Canadian Coast Guard, laying off postal worker whose job was home delivery, now you have to have a bank because electronic transfer is the only way you will receive GST or tax refunds or any federal benefits you qualify for, switching planing from science, research and statistical to religious fanaticism and guessing, ignoring First Nations Rights as guaranteed, running government as a one man effort selling Canada and Canadians into debt slavery and serfs to foreign nations and corporations.

Where did he go wrong? He is succeeding with his plan while the majority of Canadians blissfully sleep through it all. Man are they ever in for a rude awakening. Time to save heirloom seeds and educate yourself in Permaculture cause when the loonie hits rock bottom their will be nothing to eat except what you raise yourself. Don't count on federal help. There is a very clear pattern here to Harper's planned strategy of incremental destruction. This is already no longer Canada it is Harpaduh...

Here is who tells Harper what to do:

That's a pretty complete list of the things he's done, Mogs. And he's done them when we claim to have been awake.