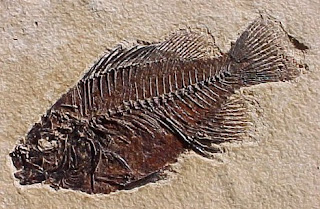 The Harper government is increasingly calcified. Old and tired, it clings to its dogma, even as the world changes. Lawrence Martin writes:

It’s the biggest threat to the Harper government today. It’s become predictable in most everything it does, set in its ways, unwilling to change.

It’s strange. The Conservatives know they are vulnerable to the change argument – they’ve fallen below 30 per cent support in many polls – but do little to counter it. Rather than bold new promises to make things better, we get the daily drumbeat of dogma. Rather than change their much-criticized way of operating, they double down on control. Voters looking for evidence of their being wiser than yesterday don’t find much.


Consider the prime minister's argument that he is best qualified to manage the economy:

Global conditions are to blame, says the Prime Minister. That is true to a degree. But global conditions were worse throughout the stagflation of the 1970s when Pierre Trudeau was in power. Our average economic growth rate in the Trudeau years was about double of that under Mr. Harper. Maybe there’s something systemic now that needs be addressed. But to hear Finance Minister Joe Oliver, no change is in order. The old approach will do.


The old approach will do is the order of the day:


Where their resistance to change could really sting them is in their method of operating. They are condemned far and wide for being authoritarian. But other than Michael Chong’s watered-down reform bill, they offer no respite from the modus operandi of manipulation.

Barring Ches Crosbie, the son of former Tory cabinet minister John Crosbie, from running for a seat in Newfoundland is one of the latest examples. There is no promise to change, to start showing respect for democratic institutions, to stop the use of abusive omnibus bills, to stop the muzzling, to be accountable.

There are no new ideas and no new people joining the team. In fact, the first string members of the team have -- for the most part -- headed for the showers and left the adolescents to run the show:

In keeping with the lack of change on policy and on management style, add the management team. The country is being run more and more by a tight cabal of adolescent-minded enforcers such as Jenni Byrne and Ray Novak in the Prime Minister’s Office and cabinet member Pierre Poilievre.

Mr. Harper says his policies are cast in stone. He forgets that, when living breathing organisms become locked in stone, they become fossils.

Email ThisBlogThis!Share to TwitterShare to FacebookShare to Pinterest
Labels: Harper's Resistance To Change

"It’s strange. The Conservatives know they are vulnerable to the change argument – they’ve fallen below 30 per cent support in many polls – but do little to counter it." - Lawrence Martin.

I don't find it strange it seems Harper has dirty tricks that he knows will get him in power again. The economy is in shambles Ralph Goodale writes:

"Listening to Stephen Harper talk about the economy, you get the distinct impression that someone else entirely must have been running the country for the past 10 years.

Since 2006, Canada has been stuck with the weakest economic growth record in eight decades. Most recently, our GDP has actually been shrinking -- for four months in a row, maybe more. Growth forecasts for this year as a whole have been slashed by 25-30 per cent." from ---> Mr. Harper's Feeble Leadership Has Resulted in a Feeble Economy published in: http://www.huffingtonpost.ca/ralph-goodale/feeble-economy-feedble-le_b_7784582.html

His strategy is don't tell the truth don't let anyone in the con party speak without permission shift the blame elsewhere and scare his base with 'Terrorist Trash Talk' Read what this con buffoon had to say about Bill C-51 unbelievable and vetted by the PMO: http://thetyee.ca/News/2015/07/14/Wai-Young-Jesus-Comments/

September 15th and on we are in for a rough ride the entire world is, will harper use that to his advantage to stay in office?

There are still some who believe that Harper is the nation's saviour, Mogs. There will always be those who cannot accept the facts -- even when they are undeniable.

I have no idea what's going to happen, Mogs. But, on other matters, I don't put a lot of stock in Ron Paul's vision.

Harper is about power. He only wants to rule. He does not care that what he says about the economy contradicts what he does. He doesn't even care about the economy. He only wants to rule. He does not care that what he says to Canadians in his ads and speeches are blatant lies. It matters not. He does not care about Canadians. He only wants to rule. He does not care what Canadians think about his unconstitutional legislation, his dismantling of our Democracy, his governing in the shadows, his systematic corruption. None of it matters. He does not care what Canadians think. He only wants to rule. What he does in the Economy, in Foreign Policy, in legislation, in the Senate, in foreign aid, in the UN, in the military, in finance, in the PMO, in all of the areas that the CON government exercises power in, under Harpers control are not political stands that the CONs implement policy in accordance with, nor are they even how the CONs view the Canada they want to see. Harper does hold some beliefs in some of the policies he implements. They are contained in his Neoliberalism which is his blueprint to power. For the most part though he works on what ever comes to the forefront. There is very little if any planning, which is what is needed to nation build. Most of what he does is back pedaling and opportunism. The economy is in the tank, blame it on the World economy. Your chief of staff Nigel Wright gave 90K to a sitting senator , say you knew nothing, then throw wright under the bus. You create a deal with China that if Canadians new the details of, they would out right reject it, so you sign it in secrecy. You use the opportunity of 2 mentally disturbed individual who killed innocent people on Capital hill by calling them terrorist and quickly create police state legislation that you push through to become law. Your government scientists and public servants speak freely and truthfully so you muzzle them by getting the PMO to set up a message vetting system to control the message. "He likes the Power he doesn't like to govern". Every thing that Harper does are stepping stones to ultimate power. If he can convince his base and a certain number of other voters, while at the same time set up preventative measures similar to robo calls or the in and out to prevent his opposition from getting votes then he will win. He will rule. He's not thinking about Canadians wanting change, or Canadians wanting the economy to grow, or Canadians letting him know they don't want Bill C-51, nor that Canadians want fair legislation. He's not thinking that Canadians dislike his vindictive malevolent character. He could care less about all of that. With every fiber of his dictatorial being he is thinking how do I rule!

Harper didn't drive Canada this far down the rutted lane of illiberal democracy to turn around now, Owen. To anyone who would listen (which apparently excludes both Liberals and New Democrats) Harper openly announced his prime directive was to shift Canada's political center far and permanently to the Right. And what did Layton/Mulcair and Ignatieff/Trudeau do to stop Harper, to defend Canada's political center, to push back and deny Harper his ultimate quest? They capitulated, even collaborated. The NDP abandoned the Left to become Latter Day Liberals while the LPC turned Conservative Lite. In the process they oversaw a shrinking of the political spectrum to expunge liberal democracy and make Canada a welcoming place for neoliberalism, market fundamentalism and the rise of corporatism as the country's default operating system.

Why have the opposition parties been so ineffective at taking down Harper? I know you can imagine what Pierre Trudeau would have done with a guy like Harper. It would have been almost surgical how he would have reduced Harper. Remember how, albeit briefly, Harper was palpably fearful of Ignatieff? He thought the Harvard prof might bring to bear the same intellectual gunnery that the genuine Trudeau once wielded. Then, once Harper realized he had little to fear in Ignatieff, he simply went to town on the Libs and, with Layton's generous assistance, completed his mission of driving the Libs from Sussex Drive and then Stornoway and out to Motel 6 on the Gloucester Hwy. which is where they seem intent on remaining.

Like Mulcair and Trudeau, we're reduced to sitting around waiting, wondering when Harper will implode. It's become that pathetic and Harper knows it full well. He counts on the opposition's feebleness, knowing he can probably ride it just a bit further.

I know the Dippers adore Mulcair but few of them can recall when their party stood for something more than today's cold porridge of centrism, back in the days of fierce leaders like David Lewis who always showed up for work ready to scrap. I expect the Libs are disillusioned, demoralized by the paltry returns they've earned from their celebrity leaders who just keep failing to deliver.

Harper, if nothing else, is a shrewd operator. He constantly runs the math and he's aware of how low the bar has been set by the opposition. Yes he's in trouble but he's been in trouble before only to pull an electoral rabbit out of his hat. Stephen Harper has never had to run on his record, never had to account for his failures and his "wall of shame" scandals. He turns the election into a referendum on the other guy. He did it to Martin, to Dion and to Ignatieff and it worked every time.

I think we have been conditioned to become a politically disaffected electorate, something that seems almost universal in countries descending into illiberal democracy.

Voter apathy has brought Harper to 24 Sussex, Mound. And it's true. The opposition has been no opposition at all. If there is real opposition, it's going to have to come from the people, not their political parties.

The list of abuses is stunning, Pam. And, you're right. For Harper, power is paramount. Nothing else matters.

Mound is completely right about the opposition not criticzing and exposing Harpers agenda Owen. Harper and his NeoLiberal and dictatorial agenda was a sitting duck. It would have been so easy. So one has to ask why they didn't. Why indeed! They didn't criticize Harper because of a combination of cowardice and agreement. After all that is where the power is. Mulcair I think is worse then Trudeau, but we are just talking degrees here. Two more Neoliberal puppets with one, Trudeau, having a gentler persona, and the other Mulcair, having an I'm just one of the folks persona. Neither are fighting to keep Canada a liberal democracy. I also blame the MSM for not challenging Harpers dictatorial, Neoliberal agenda. Pierre Trudeau, with his philosophically, reason trained mind would have intellectually reached across the house and revealed for all to see, that Harpers dogmatic faith based mind, is just a bottomless pit of orders and autocratic desires.

Mound is absolutely correct, Pam, when he writes that neither Trudeau Sr. nor David Lewis would have let Harper get away with it. They would have made short work of Mr. Harper.

The Mound of Sound wrote about Harper's crumbling support in a blogpost yesterday, Mogs. Let's hope it's a sign of things to come.