Living In A Pup Tent 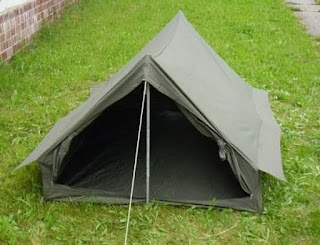 The latest Greek drama is still playing itself out. But Murray Dobbins writes that we have reached a turning point:

The temple of neoliberalism and its ideology of social suicide in the interests of the banks has been breached. The hysteria in European capitals (particularly Germany) after the resounding 'No' vote by the people of Greece is entirely appropriate. For decades now developed country governments and their enforcers, the IMF and the World Bank have managed to bamboozle people in country after country, convincing them that up is down and black is white -- that austerity and recession are nirvana --pie in the sky by-and-by. Until now.


The Neoliberals will not yield willingly. They will fight for every inch of ground they have occupied. But it's quite clear that a war has been going on. And it's also quite clear who is fighting whom:

The war between democracy and international finance, effectively suppressed for decades by complicit Western politicians and co-conspirators in the corporate media, is now out in the open for all to see. And what we see should have us declare that we are all Greeks now. Because we are all (except the 1 percent) suffering, to one degree or another, from this ideological lunacy of austerity in the midst of recession. The source of the madness is a radical cult of free market economists and trade lawyers who have occupied the temples of state power and captured the loyalty of elected representatives. They hold sway in Ottawa as well.


Indeed. Everywhere that Stephen Harper goes, he makes it clear that he will make no concessions and take no prisoners:

Canada is not suffering as much but the prescription applied by Harper and Paul Martin before him have the same roots: shrinking the social state through tax cuts for the rich and corporations, hobbling government powers through "trade" agreements, and systematically transferring wealth from the middle class to the wealthy. As in the EU Harper declares that any other set of policies is reckless. Last week in Calgary Harper declared that the October election was about security versus risk: "Friends," he said, "We've come too far to take risks with reckless policies. That's why I'm confident that this October Canadians will choose security over risk."


Security. That's his watchword. It's all hokum, of course. He claims that he's making Canada secure from the terrorists that lurk everywhere outside our moat. But the moat -- in economic and security terms -- only protects a few.

From now until election day, he'll try to convince Canadians that his is a very big tent. But it's clear that he lives in a pup tent. And it's beginning to look like there's just enough room for him.

It's true Owen that Paul Martin did apply NeoLiberalism to some social programs, but Canada remained democratic under his watch. Harper is a different story.

Agreed, Pam. And Martin called the public inquiry that eventually did him in -- something that Harper would never do.

“We are all Greeks now” it is interesting that Goldman Sachs was behind today’s Greek cash fluidity problems. Article:

“Greek debt crisis: Meet the Goldman Sachs banker who got rich getting Greece into the euro
What it [The Greek Government at the time of entry to the EU] most liked about her seems to be the way she could magic away the country’s dismal financial position. The trade she came up with is reported to have made the bank hundreds of millions of dollars, although only Goldman knows the true figure.”
From: http://www.independent.co.uk/news/uk/home-news/greek-debt-crisis-meet-the-goldman-sachs-banker-who-got-rich-getting-greece-into-the-euro-10381951.html
How did she do it? Trough “cross-currency swaps”
Read this and follow the links to understand this bankster mumbo jumbo primer for quasi-illegal [legal?] acts:
http://sevenpillarsinstitute.org/case-studies/1492-2

Now it seems that Goldman Sachs is going to be taken to task for engineering Greeks entry into the EU when it did not qualify. Enter Goldman Sachs and “voila” "Da ist es! your in Greece with our 'Black Bankster's Magic"

“Now Jaber George Jabbour, who formerly designed swaps at Goldman, has told the Greek government in a formal letter that it could “right historical wrongs as part of [its] plan to reduce Greece’s debt”. From:

This won’t be over for a while and it will cause change that is why we need to all be Greeks now and just say no to toxic private banks.

On a good note The People vs. The Bank of Canada won in Federal court and in order to satisfy Canadian Law ‘The Bank Act’ The Bank of Canada’ it was ruled has to go back to its constitutional duty to give the Provinces and the Federal Governments loans as required which are basically interest free because the interest that is low belongs to Canadians so it does not exit the Canadian Economy.

As usual the Harper criminal cabal cons are appealing the decision in order not to have to abide by Canadian Law [What else is new?] I’m sure the Rothschild’s have their agents threatening Harper to stop this obscene [to Rothschild’s view] act of taking back Canada’s Bank and kicking out the Banksters Cartel keeping them from collecting their interest [theft] and moving out of their slippery clutches.

COMmittee for Economic Reforms [COMER] see update From Rocco Galati who is the Plaintiffs Attorney [COMER and all Canadians in reality].

This is a good explanation of where the legal case against The Bank Of Canada stands.

The department of Justice is stalling it's antics and game plan are confusticate and be-bother the Federal Judge and the Court, typical Harper Joe schmoe at the helm of a sinking ship. I wonder if the Rothschild's will assassinate him and instal a puppet government? They are known for that pathological behavior:

Be careful about what you say concerning the Rothchilds, Mogs. You might be accused of slander.