Something Has Gone Off The Rails 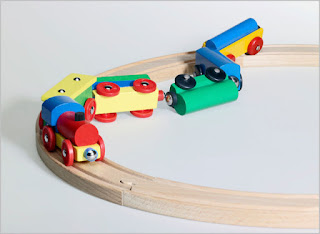 The Harperites want to build a memorial to "the victims of Communism." They're getting a lot of push back -- about where they plan to build it and what it looks like. But, Jeff Sallot writes, people are victims of other people, not "isms":

The people the Harper government wants to honour are victims of human rights abuses perpetrated by identifiable individuals. The abusers have names, like Lenin, Stalin, and Tito and Mao, Ceaușescu and Pol Pot, Castro and Kim Il-sung. All came to power in their homelands as leaders of nominal “communist” parties. All clung to power by violently curtailing rights to free speech, free elections, the rights to religious belief, rights to embrace ethnic or national identities, rights to property ownership and other basic human rights.


Given the government's record on these issues, it's more than a little ironic that they want to publicly shame these leaders. Using Harperian logic, perhaps we should build a monument to the victims of capitalism:

Let’s begin with the millions of Africans who were kidnapped, chained and sold into slavery to enrich the mercantile capitalists who owned cotton, rice and fruit plantations in North America and the Caribbean islands?

Let’s remember the 26 miners who were killed in the Westray Mine explosion in 1992 in Nova Scotia, along with the tens of thousands of other miners of gold, coal, diamonds, copper and asbestos around the world who have lost lives in preventable accidents in unsafe mines, or died of black lung disease or were simply shot by strike breakers.

Our list would include the more 1,200 people who where killed two years ago when the eight-storey Rana Plaza factory building in Bangladesh collapsed. Most of the victims were women garment workers who were told.


The proposed monument displays the Harperite ignorance of history and its enslavement to ideology. Mr. Harper has a firm grasp of ideology but not of facts. He claims to be an economist. One would think that he understands the significance of facts.

Obviously, something has gone off the rails.

Email ThisBlogThis!Share to TwitterShare to FacebookShare to Pinterest
Labels: The Monument To Victims Of Communism

Don't forget the 47 people who died when an actual train derailed at Lac Megantic. They were victims of corporate influence in deregulation, cost cutting, and negligence. Will there be a statue to commemorate those victims of capitalism?

There are also the millions who have died because of the capitalist market in drugs. Many diseases that effect mostly people from poor countries are too expensive for them or are not developed at all.

They are lucky AIDS effected some people in rich counties or little research would have likely been done on it.

What was the question Scrooge asked, "Are there no prisons? Are there no workhouses?" If you're looking for oppression, doconnor, you can find plenty of it in the annals of capitalism.

It is truth that has gone off the rails Owen, never more so then with Harper and his buffoons.
They want to build this monument to the victims of communism, yet right he at home they say nothing about Canada's first nations wanting truth and reconciliation.

He seems to like the Chinese well enough and they're Commie, aren't they?

Strange, isn't it, Mound? The man of principle has feet of clay.

I'm on Mound's side. If as a country and considering the elected politicians of the day, I found it astounding that the current crop would want to build an (expensive) monument to the victims of communism when that has never been a huge issue in our country. As well, if the specter of communism has so much angst for Harpo and his minions, why are we putting all our economic eggs into mainland China's basket? I don't think they have changed lately. Are they not a Communist country? or has something changed that I have not heard about lately?

Why are we putting up with this? Granted limited liability shelters rich men but destroys people with no form of restitution in sight. This ladies and gentlemen we must change. No more hiding in the 'shadows' protected by the lowest common denominator government that allows limited liability corporations that can buy out right whatever law they see fit to continue slavery over citizens. We have gone back to the days of slaves. The government is the slave the corporation [and monied 1%] is the master. The rest of us? We do not count in the fools eyes we are but surf's to be manipulated as the upper echelon requires, like that?, remember we are still the majority and if we agree to get along no telling how better off we would be...

That really is the point, Mogs. We are ruled by a distinct minority. We can change that situation -- if we think strategically.

Mound's comment goes to the heart of the matter, Anon. If the Harperites were really concerned about the evils of Communism, they wouldn't be chasing trade with China.