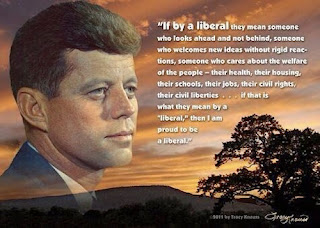 Joe Oliver has informed Kathleen Wynne that the Harperites will do absolutely nothing to help set up the Ontario Pension Plan -- which is essentially an expansion of the Canada Pension Plan. At the same time, he says that he is "consulting" Canadians about  "voluntary" contributions to the CPP -- an idea which his predecessor, Jim Flaherty, said wouldn't work.

The CPP has been fabulously successful. When it ran into funding difficulties in the 1990s, the federal government at the time (Liberals, again), in cooperation with the provinces and backed by a strong public service, fixed the plan and created the CPP Investment Board, now one of the world’s most respected pension fund managers.

Faced with longer life spans, the erosion of traditional employer-based pension plans and the uncertainty of investment returns from the contributory plans that have replaced them, Canadians like the idea of a modest expansion of the CPP. The provinces are generally on side as well. But the Canadian Federation of Independent Business (CFIB), the country’s most influential lobby group, is firmly opposed.


And, in  Harperland, the CFIB calls the shots:

The CFIB (which seems at times to have more influence on government policy than the Department of Finance) feels no responsibility to the millions of low-salary, non-unionized workers whom its members employ — the very people who would benefit most from an expanded CPP. For the CFIB, an expanded CPP is “a job-killing payroll tax” — a phrase Mr. Oliver tends to parrot whenever asked.

Calling the CPP premiums a payroll tax is disingenuous to say the least. Unlike income tax, CPP contributions don’t disappear from paycheques into government coffers. The money goes into the pension plan and every cent that an employee contributes results in credit for a future pension. Better still, every employee dollar is matched by an employer contribution. It may be forced savings but it’s not a payroll tax — and Canadians know it.


Beyond the CFIB, the reason the Harperites are opposed to an expansion of the CPP is that the pension plan was a Liberal idea:

It was created by a Liberal government in the 1960s — which makes it, to Harper’s way of thinking, intrinsically bad, like peacekeeping, support for the United Nations or the Maple Leaf flag. Making it worse is the fact that the CPP is a social program that is based on the idea that government, employees and their employers have a joint responsibility to help Canadians of all incomes save for their retirement. For Tories of the Harper ilk who believe that government exists to cut taxes and support the armed forces — and little else — this is anathema.


Obviously, Mr. Harper is a man of strong -- and let's be frank -- stupid opinions.

Great Kennedy quote! My darkest weekend as a teen was the weekend he was murdered.Hopefully harper will be gone soon.

For me, Kennedy's assassination was my loss of innocence moment, sd. Harper simply confirms what I lost so long ago.

Love how the Fraser non partisian tax payer funded think not tank always is ready with a helping hand that is front page news in the MSM. They point out that if people have public pension they will save less for their own. DuH!

Owen some Kennedy irony for you.

One of the saddest truths about recent American history, Steve, is that Kennedy beat Nixon in 1960. But, in the long run, Nixon prevailed.

Keeping with the Nixon/Kennedy or in our own land Harper/Trudeau theme.

Eisenhower let the convention choose his vice president, Steve. That says something about collective Republican wisdom -- then and now. I read that, at the moment, Donald Trump is leading the Republican pack.

I read McMartin's piece, Dana. I try to remember that he's a former Conservative operative. And I hope he's wrong.