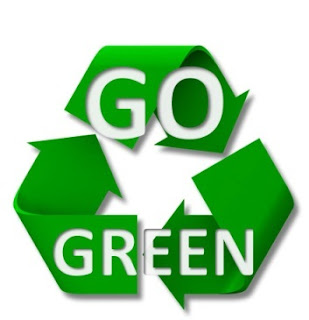 In Canada, we think of a coalition as an arrangement between two political parties. But, Tasha Kheiriddin writes, there is a more fundamental coalition -- a coalition of voters. Such a coalition is forming -- a green coalition -- and it is looking for the party with the best chance of defeating Stephen Harper:

In an interesting piece in the Hill Times, polling analyst Eric Grenier discusses the rise of a coalition not of parties, but of voters, similar to the east-west alliances which propelled both Conservative and Liberal governments into power in previous elections. According to Grenier, the NDP is building a coalition of voter bases in British Columbia, Quebec, and urban centres in Ontario and the West – and that coalition could be enough to secure the keys to 24 Sussex Drive.

Apart from dissatisfaction with the current government, and a general leftward tilt, two of the concerns that stand out are the environment and opposition to energy projects that could imperil it. From protests against Northern Gateway in B.C. to fears over the reversal of Line 9 in Ontario to anti-fracking movements in Quebec, all these constituencies share an antipathy to big oil and an affection for “green policies” such as carbon markets.


Tom Mulcair, Justin Trudeau and Phillipe Couillard  have tuned into their concerns:

Quebec Premier Phillippe Couillard says he see “very little value” in the Energy East project. And federal NDP leader Thomas Mulcair is defending his decision to run for NDP leader rather than advise Prime Minister Harper, based on his environmental convictions, and the Tories’ lack of them.

While the economy is still voters’ top of mind issue, Grenier’s poll suggests that a coalition built between eastern and western green voters might be the ticket to ride for the NDP.


And Kathleen Wynne has formed an environmental alliance with Couillard.

You would think that such voters would flock to the party which brands itself -- quite correctly -- as Green. But those who want to send the prime minister back to Calgary know that  Elizabeth May's party has the policies but not the infrastructure to form a government.

The question is, what party will these voters choose to speak for them? They know that, if they allow themselves to be divided, Stephen Harper will once again be Prime Minister of Canada.

Email ThisBlogThis!Share to TwitterShare to FacebookShare to Pinterest
Labels: The Green Coalition

No to Stephen Harper Greens would be great but in reality they can't defeat Steve Joe so over to the NDP we go. However that being said I will vote for whomever can knock the incumbent con Donkey Dan Alba in my riding back to a real job in private enterprise. My party affiliations start and end with removing 'The Conservative Party of Canada' from power more rightly called "Harper's One Man Fascist Party" so its Canada against one man should not be to hard eh?

Your choice will be the choice of the majority of Canadians, Mogs.

I too will vote for whoever is the closest to taking Harper out and I don't care the party nor the politician. It is anyone but Harper. Many believe Harper will cheat to win this elections as well. He has certainly been buying up the ethnic votes, giving our resources and resource jobs to foreigners.

Harper has sold us out to China, with his FIPA deal. BC people are really steamed by the Chinese overruning Vancouver and the Chinese taking the BC mining jobs. No-one knows just how much of Canada, Harper has sold out from under us?

It will come down to which candidate has the best chance of defeating the Conservative candidate, Anon.