Will He Prorogue The Election? 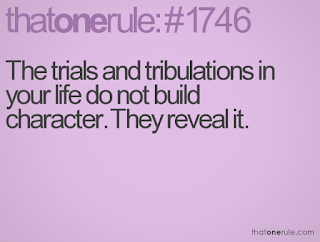 Things are not going as planned. The two big timbers in Stephen Harper's election platform -- the economy and national security -- are rotten.

The economy is nothing to crow about. Michael Harris writes:

Joe Oliver appears to have stayed out in the sun too long. It is not a recession, Oliver said, but an opportunity for the government’s Economic Action Plan, the undead of Harper policy, to come to the rescue. The Flat Earth Society are rationalists from the Enlightenment compared to the voodoo coming out of Ottawa these days on the economy. The masters of the economic universe sound more like ex-Pravda editors trying to bury the truth in low-grade propaganda — just like they did when they taxed income trusts into oblivion and denied the 2008 recession. As the chief economist of the Conference Board of Canada observed as he lowered the expected growth rate of the economy from 2.2 to 1.5 percent, it will be “another weak growth year for Canada.”

And Harper's claim that there are jihadists at the gate has proved to be as bogus as his claim that he is the best steward of the economy:

Neither Canada, the United States, nor the world for that matter are awash in terrorists. Forget the chorus of terror stories on the tube, ranging from raging beheaders to sewing needles in PEI potatoes. And disregard Harper’s claim that there have already been ISIL attacks in Canada.

Global terrorism isn’t ‘particularly global’ as Philip Giraldi put it in the American Conservative. According to the State Department’s annual “Country Reports on Terrorism 2014″, 80 percent of all fatal terrorist attacks were restricted to five countries: Iraq, Pakistan, Nigeria, Afghanistan, and Syria. War zones all, or places where large parts of the country are not under government control.

As for North America, the threat is “miniscule.” The 389-page document reports that although twenty-four Americans died in terrorist incidents in 2014, seventeen of those deaths occurred in war zones abroad, none in the United States. As for the terrorist threat to North America, since 9/11, there have only been seven incidents laid at the feet of jihadi-style terrorists, resulting in 26 deaths.

How much lower can the prime minister drag our international reputation? Lectures from the governor of California about Canada’s doltish policy on climate change; lectures from the UN on permitting potential human rights violations by Canadian mining companies operating abroad; and serious scrutiny by the UN over the allegation that Harper has used the Canada Revenue Agency to attack charitable organizations that aren’t into partisan butt-kissing.


And, of course, there is the soon to resume Duffy trial. With so many things not going his way, will he prorogue the election?

Email ThisBlogThis!Share to TwitterShare to FacebookShare to Pinterest
Labels: The Trials and Tribulations Of Stephen Harper

One hopes that this confluence of factors exposing the Tories for what they are, propagandists of the worst kind, will not go unnoticed by the larger public, Owen.

So much of what they say is now demonstrably false, Lorne. One hopes voters are paying attention.

I have been afraid of that very afraid but not from foreign terrorists but the enemies from within: Will Harper and his corrupted cons prorogue the election? He will need an excuse a 'False Flag Operation' would come in awfully handy for PM Joe H-schmoe. With statements like this "And disregard Harper’s claim that there have already been ISIL attacks in Canada." by Michael Harris I had not heard of this Harper claim but I trust Michael Harris. That leads me to the question is Harper demented?

If so he is not fit to lead Canada. What meds is he on I think we should know. Is he on anti-depressants? He does drink does he imbibe too much? He certainly and routinely makes a fool of himself like the local town drunk but the local drunk is not in a position to ruin millions of peoples lives.

Sure a 'false flag operation' blamed on ISIS could lead to prorogation of Parliament the suspension of elections until further notice and martial law instituted to combat terrorists. The deepest darkest side of Steve Joe Harper longs for unfettered power and may rear its ugly head since he is behind Thomas Mulcair in the polls.

Who knows, Mogs? Probably he'll live with the results. But his past behaviour suggests that he'll do anything to avoid defeat.

That scenario, Owen, would be an act of treason by the Governor General. It could even provoke intercession by the Queen.

I know that such an act would be insane, Mound. And I assume that David Johnston would have the integrity to not comply. Still, given Harper's contempt for parliamentary government, I can imagine the thought crossing Harper's mind.

I put nothing past him.