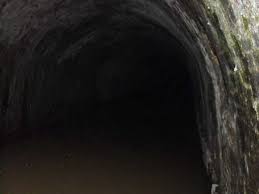 Things are starting to get crazy. Mohamad Jebara writes:

Recent suggestions by some American and European officials that mosques should be closed, and Muslims rounded up and placed in camps, are not merely troubling. They’re reminiscent of past injustices which the civilized world vowed never to repeat.


People do crazy things when they get scared. History provides us with plenty of examples:

Due to the frenzy aroused in the indoctrinated, many innocent and law-abiding Canadian and American citizens of German and Japanese descent were unjustly persecuted; their properties were confiscated, they were gathered into internment camps and their basic human rights were limited and abused.

Many injustices have been, and continue to be, perpetrated against our First Nations people, who were subjected to ethnic cleansing through residential schools, forced to convert to Christianity and denied the basic rights of citizenship until 1960. Their ancestral lands were confiscated, their lives treated with disregard.


Looking back, we are ashamed at what others have done in our names. But, when we look forward, we tend to forget the past:

The demonization of peoples and religions is an insidious process that infects entire cultures. Shakespeare vilified European Jews when he wrote The Merchant of Venice, as Charles Dickens did when he made his child-slaver Fagin a Jew in Oliver Twist. For centuries, Jews were portrayed in Western media as sly, deceitful, evil and merciless — a portrayal that allowed the ‘civilized’ world to stand by in silence — and in some cases even rejoice — as the Nazis worked to annihilate European Jewry.

The enemy is the Islamic State. It is not Islam. If we fail to see that distinction, we will end up in a very dark place.

Email ThisBlogThis!Share to TwitterShare to FacebookShare to Pinterest
Labels: The Demonization Of Islam

Human nature houses a good many pretty base instincts. We tend to assure ourselves that we've evolved out of our uglier instincts but history shows they're too deeply ingrained to be erased.

Sometimes things happen, Mound, which remind us that we started out under water.

Civilization is an illusion perpetuated by participation.

Once participation begins to fray and falter the illusion will shatter.

We create the world we perceive around us. Not the other way around.

It's our perceptions which betray us, Dana. The problem is that the way we perceive the world isn't necessarily the way it is. When reality and perception are at odds, we are on the road to madness.

Perhaps madness, but, also an opening to recognize our lack of understanding and the reason to learn. That is unless our so-called leader are too far gone down that road.

It's easy to take the path of madness, Anon. It's much more difficult to act wisely.

Well Owen, Mound and Dana we have both sides to our reality the negative or so-called 'Black bad Side' or the opposite the Light or brilliant white side. Both are an adjure not to be taken slightly. We have both all of us we can not disseminate from that so hold them both and let them resonate without causing others grief. Admire life for all it offers loath life for the trespasses others create but above all know you live in the most magical of all kingdoms in the universe called Earth. I for one when I traveled learned that the Earth was populated by the same people. All had a heart that pumped red blood lungs that breathed oxygen and drank water and ate food. We are no different we have the same dreams hopes and aspirations. The big difference is my friends we can buy a home or a car on CREDIT they cannot. And so some of them believe our streets are paved with gold. They are not but living is easier here. Bless that in the holiday spirit. And the real celebration? Shortest day of the year my friends December 21/22 2015 bringing in the new year.

Let's hoe the New Year leads us to a better place, Mogs.

"Let's hoe the New Year...' um Hoe Hoe Hoe eh? We all make typo's but its fun to make fun of them ? Not meant as nasty if I was given a fine for every typo I made I might be homeless He-He :.

Occasionally I miss a key, Mogs. And, this time, I didn't pick up on it. Thanks for pointing that out.