Let's Hope They're On The Same Page 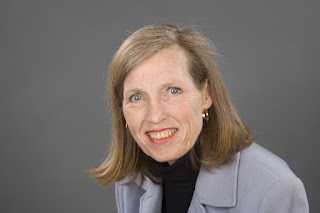 On Friday, Carol Goar took stock of the Harper years. Of Mr. Harper, she wrote:

The former prime minister was neither an ogre nor a brilliant manager. He was an introverted politician who relied on fear to maintain control. Over time, he alienated all but his party’s core supporters.


She then turned her attention to the incoming government:

As the Liberals begin their mandate, they need to be conscious of their blind spots and Achilles heels. They are a largely eastern, lawyer-loaded party that closely resembles the political elite of the past. They campaigned skilfully but they haven’t mastered the levers of power.

They must guard against any sign of entitlement. That means filtering out the adulation of their acolytes and refusing to demonize their opponents. It also means reaching out to the people who didn’t vote for them. Trudeau promised on election night to be a prime minister “who never seeks to divide Canadians, but takes every single opportunity to bring us together.” Every new leader makes some version of that pledge. Few stick to it.

The Canada and the world that Justin Trudeau has inherited is full of challenges:

The fledgling prime minister had a challenging first month: a worse-than-expected fiscal update, a horrific terrorist onslaught in Paris, a tense G20 meeting in Turkey and a jittery APEC summit in the Philippines. He stuck to his election commitments, ignored the second-guessers shouting from the sidelines and sidestepped the obvious pitfalls. It was hard work.

Having acknowledged all that, Goar's final sentence bears repeating:

The time for celebrations and score settling, winning sides and losing sides has passed. The nation voted to turn the page.

Let's hope that Ms. Goar and Mr. Trudeau are on the same page.

Email ThisBlogThis!Share to TwitterShare to FacebookShare to Pinterest
Labels: Carol Goar's Advice To The Liberals

The harper years were a product of ruthless corporate 'management'.

The 'new' managers, like all 'new' managers, aka CEO's, of today were doing and continue to do what they were taught in 'business' school and the unfortunate business ethics taught in university Economics courses that prevail in the present 'global' economic design.

The job of 'new' managers is to trim the fat, make sagging companies more profitable by liquidating less profitable assets and employees of the company to make it more desirable for investors, regardless of any human or 'social' costs.

The banks do it, virtually all big business's do it and if they can 'encourage' governments to do it, so much the better.

harper took that 'philosophy' to new heights by appointing these fat trimmers, or butchers if you prefer, to all aspects of government oversight and the bodies cast out resemble a battlefield of 'collateral' damage.