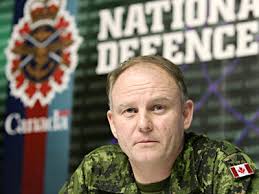 There was a time when that phrase was thought to be an oxymoron. But, Michael Harris writes, on the subject of the Middle East, the soldiers have it right, starting with former NATO commander, retired Major General David Fraser:

As reported by Murray Brewster of Canadian Press, Fraser said if he had to do it all over again, he would have left the Taliban government in power and simply concentrated on hunting down al Qaida. Fraser, it seems, had seen the ruinous consequences of “regime change” up close and personal. All it accomplished in Afghanistan was the creation of a “30 to 40 year problem” across that country and the entire Middle East.

That was the heart of the matter. Afghanistan wasn’t the only place where deposing a government actually “compounded” the problem — at least according to the former NATO commander. It also happened in Iraq, where toppling Saddam Hussein and disbanding the Iraqi Army ushered in a period of dangerous instability in the region.

The same thing happened in Libya, where the regime of Moammar Gadhafi was bombed out of existence by unchallenged NATO airpower. The power vacuum created by toppling Gadhafi has been filled by a zoo of warring militias and the country remains ungovernable to this day. How bad is it? The U.S. has had to return to this failed state in the middle of the Iraq/Syrian war to bomb ISIS, which is now a player on the ground in Libya.


In Washington, the Joint Chiefs were telling Barack Obama the same thing. Seymour Hersh has reported that:

The Chiefs made the point that toppling al-Assad would create a power vacuum that ultimately would be exploited by groups like ISIS. They also argued against providing arms to so-called “moderate” rebels to overthrow al-Assad and his Damascus government. The moderates were already in bed with the more extreme groups who are being armed by Saudi Arabia and other Gulf states.

According to Hersh, the White House ignored the Joint Chiefs of Staff — with a remarkable result. The Department of Defense started to undermine administration policy by sharing intelligence with foreign military liaison services — Russia, Germany and Israel — knowing that it would be leaked to the al-Assad government.

Email ThisBlogThis!Share to TwitterShare to FacebookShare to Pinterest
Labels: The War In Syria

Power, it has been said, is a great aphrodisiac, Owen. Apparently it also has other effects as well, like stupidity, not that any of our 'leaders' will ever admit to such a grave side effect.

Owen to bad the Mericans did not have history of the British Emprire to use as a template. Divide and conquer, chaos is an empries best friend.

They've never thought of themselves as an empire, Steve. And, therefore, they have concluded that the history of empires -- be they British or Roman -- has nothing to teach them.

Barbara Tuchman illustrated the phenomenon -- over and over again -- in The March of Folly, Lorne.


Harris' take on David Fraser is flat out wrong, almost as inane as Fraser's imagining that the West could have gone after al Qaeda without taking on the Taliban. That would have been akin to stepping in between the Hatfields and McCoys, the Talibs and the Northern Alliance. We could well have wound up with both of the home teams coming together to drive out the latest bunch of infidels.

We chose to run the Talibs out of Afghanistan so that we could put a national government in place to run the country, one that hadn't played footsie with al Qaeda. When we did the Northern Alliance, over American objections, wasted no time installing a number of vicious, murderous warlords into key government positions. Imagine how long the Northern Alliance would have put up with it had we chosen a legislature from the ranks of Afghan ex-pats in exile.

Washington cut a deal with the devil because they didn't want to get embroiled in a fight against every power structure in Afghanistan. If you look into the leadership structure of the Northern Alliance you find a gaggle of truly monstrous warlords whose brutality eclipsed the Talibs'.

It's pretty clear from Fraser's remarks that neither he nor the general command ever took the measure of the ethnic and tribal tensions so rife in Afghanistan. Fraser said they had no idea that toppling the Taliban would create such a huge power vacuum. He never answers the important question - why not? How could they have committed Canadian troops to running patrols, trolling for IEDs without even a basic understanding of what they were getting into, what they were going up against and what would, inevitably, deny them anything approaching victory. It's a bit disappointing that Harris comes across almost as naive as Fraser.

What is truly amazing, Mound, is that the West has several centuries of experience in the area. None of that seems to have been factored into any of the decision making. At least Frazer admits a mistake. That kind of admission seems to be out of bounds.

It is remarkable Owen that, "...the White House ignored the Joint Chiefs of Staff...and "The Department of Defense started to undermine administration policy by sharing intelligence with foreign military liaison services — Russia, Germany and Israel — knowing that it would be leaked to the al-Assad government." I consider that behaviour treasonous, but the White House chooses to treat Snowden and Assange as the enemy.

That is, indeed, remarkable, Anon. Harry Truman would consider that kind of behaviour cause for termination.