To Whom The Money Should Go 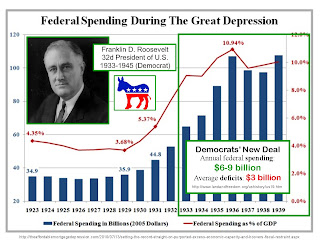 As soon a Bill Morneau announced that the federal deficit this year would be at least $18.2 billion, the howling began. "Batten down the hatches," John Ivison warned, "Liberals are full speed ahead toward a sea of red ink." And Tasha Kheiriddin wailed, "Almost $20 billion in the red an it isn't even March." Rona Ambrose claimed her party bequeathed a balanced budget to the country before it was thrown out of office. She forgot to mention that  her party's budget was predicated on $65 oil -- which is now $30 a barrel.

Amid all the sound and fury, Dylan Marando writes that citizens and politicians alike should not lose sight of how that $18 billion+ should be spent:

Unfortunately, what’s missing from the current discourse is a call for a broader trickle-up approach to stimulus, whereby the economic engines of recovery are not just bridges or international accords but also the typically overlooked purchasing power of low-income Canadians.

To be clear, this isn’t a plea to move low-wage workers up the skills ladder. Nor is this a call for job creation. The claim being made here is far simpler: If you put more money directly in the pockets of people in low-income households, they’ll buy more, and the economy will benefit.

Consumer spending makes up more than half of Canada’s GDP. Increasing the purchasing power of Canadians is essential for long-term economic stability. Yet 4.6 million Canadians live on low incomes. Inequality is rising. We are failing in our effort to maximize the number of active participants in our economy.

Mounting evidence demonstrates that measures like an increased minimum wage can be an effective means of boosting aggregate commercial activity, even when we take into account the potential negative effects on business investment.


We have spent three decades shovelling money into the hands of the wealthy, who -- despite the rhetoric -- tend to sit on what they have:

The logic behind these effects is straightforward. Low-income households, when given increased financial capacity, are more likely to spend. Unlike the many Scrooge McDucks in the corporate sector, they don’t sit on piles of “dead money”. They don’t withhold demand.


And, by the way, these are not new ideas. They've been around since the Great Depression.  But we also learned from that debacle that the way deficits are used makes all the difference.

Email ThisBlogThis!Share to TwitterShare to FacebookShare to Pinterest
Labels: The Liberals' Deficit

I saw Lisa Raitt on TV yesterday, Owen, presuming to speak for the rest of us as she pronounced that Canadians are opposed to deficits. I wonder if she would ever consider that high rates of unemployment are regarded as more odious than deficits by many Canadians.

The Conservatives are stuck in a pseudo-orthodoxy that was proved false long ago, Lorne. Some people are slow learners and change. Some people never learn.

When people buy stuff, most of it is made somewhere else. So the money ends up just going to another country. We need to manufacture more stuff here in Canada.

Absolutely, Hugh. With the lower dollar -- if we play our cards right -- that can happen.

I think people who are worried about how large this government's deficit will be are rightly concerned. You justified it in a nutshell:"if we play our cards right". Can we trust this new, untried government to do that? Maybe it will fail, leave our country with a massive debt. Not all government spending by some Latin American countries, for example, has been successful in improving national economies. In fact, it often has had the opposite effect. What we're seeing from our government is a high stakes coin toss with Canada's future at stake. My, it would be nice if we could predict the outcomes of wars and massive government spending!

It's all about how the money is spent, Anon. Time will tell how wise this government is.

. would love to see a pie chart showing the profit & value distribution re Canadian Resources that exit the country - versus - the profit & value distribution when resources are utilized within the country as secondary industry etc. Lumber for one, certainly minerals.. and of course energy resources such as oil, natural gas, bitumen etc. I would certainly want to know the nationalities of the entities profiting as well as subsidized by Canadians from direct exports of said resources. What remains of our wild fisheries should be included.. plus farmed fish, agriculture resources as well..

Is it possible the word 'sustainable' can only apply if the majority of a resource or product is utilized here in Canada, for consumption by Canadians? Or does that concept not exist where Stephen Harper invented his economic theories ?

That's a really good question, salamander. Given the fact that Harper worked hard to make the world safe for investors, not democracy, I think it's safe to assume that "sustainability" was not in his lexicon.