Burning Down The Island 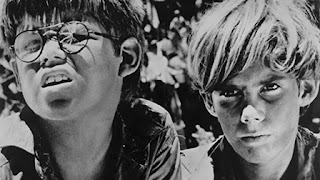 Andrew Coyne writes that probably Donald Trump will not be elected president. That does not mean, however, that the result will be salutary:

The damage he has done just by running — to his party, to American politics, to the country’s sanity — is grievous enough. If the result Tuesday night is as close as now seems likely, he and his followers promise to remain a disruptive force in the Republican party for years to come.

Just a few weeks ago, Hillary Clinton seemed headed for an easy win. Now, the race having closed to within two points, nothing is definite. To be sure, she has a lock on at least 14 states, mostly on the two coasts, worth a combined 182 electoral college votes. Another seven states — Virginia, New Mexico, Pennsylvania, Maine, Minnesota, Michigan and Wisconsin — are almost as certain wins, bringing her to 258. And she will probably wobble home in New Hampshire and Colorado. That gives her 271, one more than a bare majority.


Coyne goes on to catalogue Trump's deficits --  which are many. But Trump has been a candidate like no other:

We have to understand how different Trump is from any previous political phenomenon, how completely detached he is from any of the norms that might have restrained his counterparts in the past. And norms — custom, expectation, convention — are all we’ve got. We live under a system of laws, but ultimately it’s only a convention that we obey the law. For most people, convention is enough: indeed, people bow to convention who would not obey the law. Richard Nixon was a crook, when no one was looking. But even Nixon, ordered by the Supreme Court to hand over the tapes, handed them over. Would a President Trump? Pray God we don’t have to find out.


He has broken all the conventions and gotten away with it. Over this election cycle, I've thought a lot about history. But, besides history, in the back of my mind there's always been a passage form William Golding's Lord of the Flies, a harrowing tale about the breakdown of civil society. Ralph, a natural leader, confronts Jack -- who establishes himself as King of the Savages:

The rules!" shouted Ralph, "you're breaking the rules!"
"Who cares?"
Ralph summoned his wits.
"Because the rules are the only thing we've got!"
But Jack was shouting against him.
"Bollocks to the rules! We're strong - we hunt! If there's a beast, we'll hunt it down! We'll close in and beat and beat and beat-"


You may recall the end of the novel, where the little savages -- in pursuit of Ralph -- burn down the island.

Image: The Criterion Collection
Posted by Owen Gray at 9:26 am

Your quote from The Lord of the Flies sums it up well, Owen. We can but hope at this point that the almost certain conflagration is able to be controlled.

Democracy has always been a delicate flower, Rural. You lose it if you treat it like a weed.

There are elements in American society who would love an uprising that they could heroically beat and beat and beat. The SWAT teams would get to use all their new toys including the armored vehicles. Those private prisons get to make a profit. Think of all the re-construction opportunities. They might even make the trains run on time.

There appear to be a lot of potential savages among the population, Toby.


America's 2016 election campaign could be one of those incidents that accelerates a nation's decline. It leaves allies nervous, if not shocked, to see their main ally in disarray and dysfunction. America's post war rise has been a story of confidence held in it by allies and adversaries alike. The last president who reduced the debt to GDP ratio was Bill Clinton and even that was a conjuring act created by tax revenues generated by the notional wealth of the Dot.Com bubble.

No one really knows how close America is to a crisis of confidence among its foreign lenders but if that should happen it could be devastating. Imagine lenders digging in their heels to hold out for something better than "everyday low" interest rates on loans no longer denominated in the US dollar reserve currency. That would powerfully play into the creditors' strengths and America's weaknesses even if it meant everybody taking a hit. I'm not sure China wouldn't be willing to pay that price to cement a bloodless rise to global economic dominance. China, having used these past several years to develop an expanding consumer market both in China and across Asia and Africa, has greatly lessened its dependence on US trade. Why drop bombs or fire missiles if there's a less perilous course of achieve a victory over a country that has declared you it's main threat?