Can They Do It Without Him? 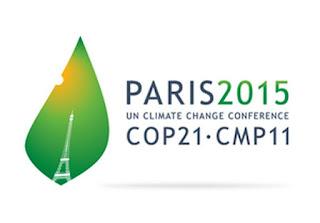 When George W. Bush was elected president, he withdrew the United States from the Kyoto Protocol. Canada followed suit. Now, sixteen years later, Donald Trump vows to withdraw the United States from the Paris Accord. But this time, Justin Trudeau says that Canada will back the accord. In fact, yesterday he vowed that by 2030 coal would no longer be a source of Canadian energy. Tom Walkom writes:


Still, the world carries on. At an international climate-change summit in Marrakesh, Morocco last week, delegates issued a proclamation confirming the Paris accord and pledging that the battle against global warming would continue to be a matter of “urgent priority.”

Canadian Environment Minister Catherine McKenna said Ottawa will forge ahead with its plans to reduce carbon emissions by, in one way or another, taxing them.

China’s delegate to the conference said tackling climate change is “a global trend that is irreversible.” His remarks were echoed by delegates from all the big emitters, including India, the European Union, Japan, the Middle Eastern oil states and Brazil.

It's true that the accord does not do enough.  And the commitments are promises. they're not binding. But that makes it easier for the rest of the world to not knuckle under to Trump. And he's a man who measures success by his ability to get others to knuckle under.  Then there's China:

More to the point, there is China. It wants to be recognized as a world leader. It is willing to spend money to achieve that goal. It is attracted to renewable energy in part to deal with its own coal-based smog pollution. But it also sees renewable energy as part of a long-run industrial strategy.

Trump believes he can get China to knuckle under by imposing stiff tariffs on Chinese goods. He's a fool, of course. Can the rest of the world prove him a fool on climate change? We'll see. Still, Walkom advises his readers not to buy ocean front property in Florida.

Image: Peace Palace Library
Posted by Owen Gray at 8:41 am

Email ThisBlogThis!Share to TwitterShare to FacebookShare to Pinterest
Labels: The Paris Accord

I think China 's long term action plan on renewable energy has more promise of success than that of Mr Trudeau's Carbon Tax plan. China is showing a concerted shift away from dirty to clean energy by focusing on new clean energy industry and jobs.

I think Trudeau' continued subsidy to fossil energy and implementing a carbon tax is at cross purposes with dealing directly with the challenge. it would be far more effective to just eliminate/transfer all the current fossil energy industry subsidies directly to build non fossil fuel renewable energy. For climate change to be addressed successfully their needs to be a new industrial revolution... an energy revolution. Unfocused half measures will not solve the problem.

I agree, Bill. Trudeau is not a trailblazer on this file. The Chinese see the economic benefits of going green. In Canada, the fossil fuel industry still has the ear of those in power. But, at least, Trudeau is not in denial -- unlike his predecessor and Mr. Trump.

Before Trump imposes stiff tariffs on Chinese goods, he may want to get that former Goldman Sachs fellow Steve Bannon look into the potential impact on the economy, especially given that China is America's largest creditor and that America is the world's largest debtor.

Good advice, Anon. After all, Mr. Trump is a serial bankrupt.

What I hope happens, Owen (perhaps it is more of a dream than a practical possibility) is that the rest of the world isolates the U.S. on a number of important issues, thereby reducing its relevance on the world stage.

I suspect that, under Trump, the U.S. will eventually achieve the status of a rogue state, Lorne. Where that leads to, I must confess, I don't know.

Just as I predicted, sadly Trump is not going after Hillary after all. This many be pragmatism or worse. On Climate change I also predicted he will stick to the Paris Protocol. Efficency is profitable, Trump gets this.

These are only the beginning of a string of broken promises, Steve. It happens with every con man.


Angela Merkel is certainly the leader of the free world now. Meanwhile China has overtaken the US as leader on the climate change front. Pretty soon America may be reduced to nothing more than the world's largest debtor nation. The American people are oblivious to how dependent their country is on the continued confidence of other nations, both friendly and adversarial.

This is not a new construct. It has happened repeatedly over the course of the last several centuries. When it surfaces it's usually to presage the decline of some empire or, in America's case, superpower dominance.

The American people have almost no grasp on why other countries have been propping up their economy by buying up their debt, thereby letting America run sustained balance of trade and balance of payment deficits while allowing America to manipulate its creditors thanks to a favourable reserve currency (the US dollar) that permits the US to use its monetary policy to control its obligations.

As America loses that confidence, as it comes to be seen as unreliable, there will be renewed pressure to implement a new reserve currency, probably based on a basket of major currencies, that will compel the US to fund its deficits with other nation's currencies subject to other nations' monetary policies with ever higher costs of borrowing. Trump's policies for ever greater tax cuts for the rich coupled with massive infrastructure spending can only precipitate America's decline, perhaps compelling it to resort to even more aggressive tactics.

American decline has been proceeding slowly. Trump will turbo charge that process.