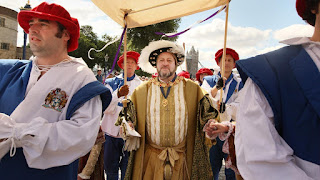 Roger Cohen has a pretty good handle on Donald Trump. He wrote in the New York Times this week that:

It all began as a game, turned into an ego trip and ended in a strange apotheosis. Trump has uncanny instincts but no firm ideas. He knows the frisson authority confers. A rich boy from Queens who made good in Manhattan, he understands the galvanizing force of playing the outsider card. A man who changed his past, purging German lineage for “Swedish,” he understands America’s love for the outsized invented life. For his victory he depended on America’s unique gift for amnesia.

Trump saw the immense potential appeal of an American restoration — all nationalism finds its roots in a gloried, mythical past — after the presidency of a black man, Barack Obama, who prudently chose not to exalt the exceptional nature of the United States but to face the reality of diminished power.


But Trump is ambivalent about being president:

Trump affects something close to a regal pout, close enough anyway to be perfected through Botox. He loves gilt, gold and pomp. He’s interested in authority, but not details. He yearns to watch the genuflections of the awed. He loves ribbon-cutting and the regalia of power. Used to telling minions they’re fired, he prefers subjects to citizens. In short, he’d be better off at Buckingham Palace.


Certainly, Steve Bannon is comfortable with the royal ambience. On Friday, he told the Hollywood Reporter that he sees himself as Cromwell to Trump's Henry VIII. Perhaps Bannon has forgotten that Henry -- who made a habit of relieving his subjects of their heads -- relieved Cromwell of his, and ordered it impaled on London Bridge.

Image: Reference.com
Posted by Owen Gray at 9:07 am

I would bet before the first year of Trumps presidency is out the citizens of the USA will suddenly say"shit" this guys for real!
But the damage will have been done.

I'm afraid you'll be right, TB. Many lessons are learned too late.

I wonder why Obama didn't make more of an impact? What was holdings him back? Will we ever know? Probably not in my lifetime.

I can appreciate why the USA voted for Trump.
Both mainstream parties are reviled by many Americans and Trump convinced the electorate he was different.
Both parties are supported by the media hence the status quo.
At the end of the day be you in North America or Europe the stories are the same.
The more affluent have set the narrative and the narrative is still for Reaganomics and Thatcherism ie trickle down economics.
The electorate still believes in the American dream,Canadian dream or EU dream.
The politicians still offer the dream to greedy over consuming voters many of whom would give their right arm to appear on Trumps TV show( which next year will be broadcast from the Whitehouse LOL).
Looking from another angle; the global warming deniers frequently use the argument of what they,personally,will lose to justify their argument.
We have a selfish society with expectations that will never be met.
The 1% know it and use it to their advantage.
Sorry to ramble.


Unless there's more than one Cromwell of note, I think Henry VIII and Oliver Cromwell lived and died in different centuries. Henry reigned in the 16th century, Cromwell dispatched Charles I in the 17th. Cromwell died of disease(s) in the late 1600s. His body was later disinterred by during the reign of Charles II and subjected to a ritual execution although Oliver probably didn't give a dam at that point.

Mr. Bannon is a strategic asset. I think he was hired at least in part for the benefit to the administration when he is eventually fired. Of course that all depends on how long the independents who have supported Trump continue to accord him the golden-boy treatment.

From the moment Obama assumed office, UU4077, the Republicans vowed that they would oppose everything that Obama did. Now they vow to undo everything he accomplished. The reason can be found in the record of Trump's new attorney general -- that scion of the Old South -- Jefferson Beauregard Sessions. Good Old Fashioned Racism.

I agree with you, TB. The moneyed class is used to getting their way. The last person to take them on was one of their own -- Franklin Roosevelt.

Bannon is referring as Thomas Cromwell, Mound, who served as Henry's henchman -- until Henry became displeased with his performance.

Bannon knows all about white resentment, John. He's been stirring it up at Breitbart. Like Cromwell, he'll be around until Trump has no need of him.