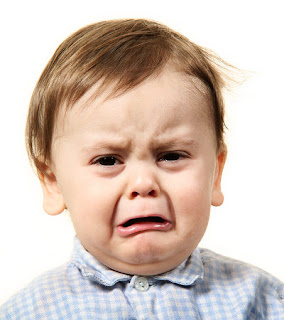 The present crop of conservatives are a strange lot. They are, Scott Reid writes, nothing like their predecessors:

Conservatives used to campaign on rugged individualism and the projection of strength. Those of the modern breed are a whimpering litter of easily wounded weaklings. And they just can’t shut up about it.


Exhibit A is the President-Elect of the United States:

Almost daily, Donald Trump takes to Twitter to complain about the slights and insults inflicted upon him and, by extension, his millions of supporters. He is a 70-year old white male billionaire set to assume the full authority of the presidency of the United States. Outside of comic books, it’s impossible to imagine someone with greater access to personal power. And yet, he persistently rallies his followers with claims that he, and they, are subject to humiliating treatment by powerful, threatening forces. Like comedians and Broadway musicals.


Across the pond, it's more of the same:

Consider the messages underpinning the appeal of Marine Le Pen or the disaffection that fuelled Brexit. It’s a familiar litany of propagandized harms. Immigrants are taking your jobs. Sharia law is set to sweep our cities. Dollars spent on the EU could fund the National Health Service. And to quarrel with these arguments is to be branded as some sort of reverse-bully — with minorities portrayed as menacing scolds and bigotry applauded as politically incorrect courage.


And, in Canada, the Conservative Party is populated by the same kind of whiners:

Kellie Leitch moves from caucus nobody to number one in the Conservative leadership contest by reminding the rank and file that she is permanently under attack for the audacity of her views. Recently, her campaign went so far as to blame a break-in at her home on unscrupulous, dangerous leftists. So rattled was she by the violent intentions of these anonymous, tax-hiking multiculturalists that she had to withdraw from a leadership debate. The police, meanwhile, reported that there was no evidence that anyone — on the left or the right — had broken into her house. Never mind. It made for a good fundraising email.


There are no profiles in courage in this crop. Reid correctly calls them "Crybaby Conservatives."

The promotion of propaganda that the Internet enables has never been in worse hands, Owen.

And these folks are using it -- unfortunately -- to their great advantage, Lorne.

There is little that could be more absurd or ironic than the performance of the Cons standing up in the Commons to lambaste the Libs for implementing the same policies enacted by the Con government. The best part is that they will get their comeuppance, as will the Liberals, when the whole thing comes crashing down around their bean-blocked ears. The bad part is that we will also get their comeuppance.

And who complained that she only lost because of the "illegal" act of the FBI chief (even though he actually exonerated her TWICE despite being put in an untenable position because her husband had compromised the situation by his meeting with the AG while her case was under investigation), because of sexism (even though she lost the white women vote by 10 points to her buffoonish opponent), or because the media had been unfairly critical of her and had held her to a different standard than her opponent (even though some 70-80% of voters surveyed thought that the media was actually biased in her favour against her widely disliked opponent)? And who is now "participating in", not crying for, mind you, a recount (even though she had called her opponent a threat to democracy when he refused to say clearly that he would concede the election if he lost)?

I actually agree with the examples Scott gave above but I thought that either he does protest a bit too much or he must be genuinely incapable of seeing the irony when he suggests that only Conservatives like to play the victim.

The "crybabies" come in all political stripes, eh? However, I could be persuaded that there are more whiners on their side than ours. :)

Oh, I agree that conservatives aren't the only ones to play victim, Anon. There is plenty of whining to go around. I wonder, though, if all the whining will eventually backfire on its proponents.


Re
Outside of comic books, it’s impossible to imagine someone with greater access to personal power.

Trump is looking to absolute power.

Owen, the problem with Mr Trump is that while he is the victor in this "contest", you would hardly know it! Much of his behaviour suggests elements of deflection and distraction. Could it be that his outrageous conflicts of interest (which surprisingly, the MSM has really not reported on) are becoming a concern to him? Never has a president-elect been in such a position of conflict. He cannot take the oath of office with his current state of business affairs. What are the odds he will divest?

His suggestion that flag burners should be jailed illustrates his ignorance, T.B. The Supreme Court has already litigated that case. He believes that, like the Pharaoh of old, when he declares, "So let it be written, so let it be done," everyone -- the Court included -- will bow to his will.

He's broken all the rules, Asking -- and he's gotten away with it. I will be surprised if he divests.