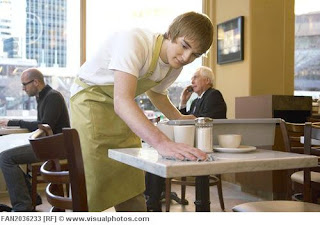 Donald Trump announced yesterday that the Keystone XL and Dakota Access pipelines are once again in play. Is there anyone who doubts that the Koch Brothers are behind those initiatives? Money has always been the mother's milk of politics. But these days, George Monbiot writes, it's dirty money:

The dirtiest companies must spend the most on politics if they are not to be regulated out of existence, so politics comes to be dominated by the dirtiest companies. It applies across the board. Banks designing dodgy financial instruments; pharmaceutical companies selling outdated drugs; gambling companies seeking to stifle controls; food companies selling obesogenic junk; retail companies exploiting their workers; accountants designing tax-avoidance packages: all have an enhanced incentive to buy political space, as all, in a fair system, would find themselves under pressure. The system buckles to accommodate their demands.


There are ways to fix the problem. Monbiot proposes that:

Every party would be entitled to charge the same small fee for membership (perhaps £50 or $50), which would then be matched by the state, with a fixed multiple. Any other political funding, direct or indirect, would be illegal. This would also force parties to re-engage with voters. Too expensive? Not in the least. The corruption of our politics by private money costs us hundreds of times more than a funding system for which we would pay directly. That corruption has led to financial crises caused by politicians’ failure to regulate the banks, environmental crises caused by the political power of the dirtiest companies, and lucrative contracts for political funders; and overcharging by well-connected drugs companies.

There are other equally important reforms such as developing an informed citizenry:

Germany provides a brilliant example of how this could be done: its federal agency for civic education publishes authoritative but accessible guides to the key political issues, organises film and theatre festivals, study tours and competitions, and tries to engage with groups that turn their backs on democratic politics. It is trusted and consulted by millions.

Switzerland offers the best example of the next step: its Smartvote system presents a list of policy choices with which you can agree or disagree, then compares your answers with the policies of the parties and candidates contesting the election. It produces a graphic showing whose position most closely matches your interests. There is some excellent civic technology produced by voluntary groups elsewhere (such as Democracy Club, Crowdpac and mySociety in the UK). But without the funding and capacity of the state, it struggles to reach people who are not already well informed.


All this would cost money, of course. But until our leaders stop being headwaiters to the wealthy, the only thing the rest of us will do is bus the tables.

A very interesting post Owen. I do wonder, however, whether election-financing reform would curb the neoliberal agenda, given that party donations are likely the mere tip of the iceberg in winning influence. Consider, for example, all of the handsome sinecures that politicians secure after they have finished their audition period in public office.

A good point, Lorne. The influence of money is everywhere. It's not just there when you're running for office. It's there when politicians plan for their retirement, too.

.. Am I mistaken, or is Donald Trump refusing to divest
his stock holdings in the various pipeline & energy companies in play here ?

My impression, is we can look forward to hearing that
Donald Trump will simply sign another 'Executive Act'
ensuring he is not liable for any conflict of interest..

We are now seeing Steve Bannon at work.. certainly not VP Spence
The Trump whims meet the Bannon dogma
and any threat no matter how faint
will be silenced just as EPA & Agriculture have been..

There will be an attempt soon
to not only investigate H Clinton..
but to muzzle and silence any living previous Presidents
even seize their libraries or records

Like Stephen Harper, Trump is the majority
but with far more power to destroy for the next 4 years

Trump claims to be a builder -- of hotels, golf courses and walls, salamander. The truth is that he never builds anything. But he names it. He's merely a wrecking ball -- nothing more.

As I/many have often pointed out the piplelines make no economic sense in a market economy. Maybe someone owns most of the oilsands. With interest rates near zero can get a pipeline built. Guess who is on the hook for the true cost, the taxpayers.

Trumps war on the enviroment has been won with barley shots fired. We can also say goodbye to any chance of saving the Great Lakes as well.

He cares nothing for the environment or global warming, Steve. He won't be around to deal with the consequences.


I would happily support the reforms outlined by Monbiot.

As for Steve's point, a corporate finance type (highly successful at that) I know explained how projects such as the Tar Sands continue even at a loss. There are too many players with far too much at stake to allow them to be shut down. They have to continue lest they collapse the whole house of cards.

There is supposed to be about $27-trillion in proven reserves on the world's stock markets. That's value subscribed to by pension funds, banks, and all levels of investors. Shut down fossils that's a seismic loss of wealth. We're in a carbon bubble unlike any earlier bubbles and no one is going to be the one to burst it. We know we have to leave 80-90% of those proven reserves untouched if we're to avoid extinction. That's about $24-trillion in subscribed investments. It's our Thelma & Louise moment.

We've seen this movie before, Mound. It's called, "Too Big To Fail."