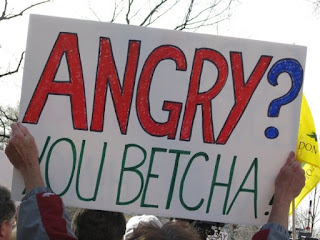 At the beginning of the week, House Republicans voted to gut the Congressional Ethics Office. The next day they voted to reverse their decision after being scolded by their leader on Twitter. Some claim that Mr. Trump showed his leadership skills. But Frank Bruni wasn't fooled. He wrote in New York Times:


Is it any wonder that House Republicans felt O.K. about trying to slip free of some of their own ethical shackles, no matter how ugly the optics?

The story here isn’t what, specifically, they attempted to do. Nor is it their abandonment of the plan once the media gasped and their dear leader wagged his finger at them.

It’s the tone that Trump has set and the culture that he’s creating. He operates with an in-your-face defiance, so these House Republicans did, too. He puts his own desires and comfort first, so they reserved the right to do the same. With more than a few of his cabinet picks, he demonstrated little sense of fidelity to what he promised voters and even less concern about appearances. House Republicans decided to treat themselves to a taste of that freedom.

They were simply listening to their Master's Voice. David Brooks pointed out a couple of weeks ago that Trump has never been accountable to anyone -- a board of directors or shareholders. And, now that they are in control of all three branches of the government, Republicans feel that they are only accountable to themselves.

That's an extremely dangerous situation. It means that the only thing that will limit their hubris is public outrage.

Image: Wikispaces
Posted by Owen Gray at 9:19 am

It was at least heartening to see a vigorous response of outrage from Congressional constituents, Owen. As long as there is resistance, hope is not dead.

This may be wishful thinking on my part, Lorne. But I wouldn't be surprised to see the streets full of protesters on the day Trump is inaugurated.

Let us exercise some critical thinking here. These are the same establishment Republicans who had tried their utmost to stop Trump because they had repeatedly said he did not reflect their Republican values. Some had even openly called him a NY Liberal, about an ultimate insult as one can get for a Republican. Thus a logical thinker would point out that since Trump had blasted these House Republicans for trying to pull the wool over public accountability, then clearly Trump's values, at least on this issue, was certainly not reflective of the establishment Republicans' apparent lack of ethical values.

Then there is also the fact that the NYT, increasingly being called by non partisan voters as the NY "Tabloid", had been openly supporting Trump's opponent and had also been uncritically propagating the fake news that Hillary had only lost because of Russian hacking (without any evidence to support that, as former credible intelligence agents like Binney, or credible journalists like Greenwald, had repeatedly pointed out). Then there was also the fake suggestion that the Russians had somehow successfully convinced millions of Americans to vote for Trump - Putin, it seemed, at least according to the NYT (and others), was apparently more believed by Americans than Obama.

Seriously, Trump is a buffoon but he called this one correctly. And he deserves to be praised for it, not criticized by apparent disappointed Dem. supporters.

I agree that Trump quashed a problem, Anon. But Bruni's point was that, ultimately, Trump is the source of the problem. He's been all over the map during the campaign. I suspect he'll be all over the map as he tries to govern.

His party will have a hard time keeping up with him. And I suspect they'll grow tired of trying to keep up with him. If three Republican Senators decide they've had enough of him -- and I suspect McCain and Graham are already there -- he'll be in trouble. Ultimately, the Senate -- not the House -- will hold him accountable.

If it becomes clear that the folks back home are in a foul mood, the weather in the Upper Chamber will get dark very quickly.

Frank Bruni wrote this too: "Barring that, it really does look and feel as if Hillary Clinton is wrapping this thing up. I expect that on Nov. 9, the morning after the vote, we’ll be talking about the election of the first female president of the world’s most powerful nation.

And we’ll be breathing an epic sigh of relief: that Donald Trump isn’t bound for the White House; that the ugliness of the campaign is at last behind us."

And this: "And after as much toil and turbulence as just about anyone en route to the presidency has weathered, Clinton will clutch her prize and turn to an ambitious agenda, some of which shouldn’t be all that divisive. (Infrastructure, anyone?) But to enact much of it, she’ll need more than brains, skill and tenacity."

Turns out Brumi, and NYT, were wrong about a Clinton Presidency, no? He should keep to reviewing restaurants which he seems to be better at. Lol

I agree that Bruni -- like lots of us -- got it wrong, Anon. However, it's worth pointing out that Hillary won the popular vote by almost three million votes. The prediction had some numbers behind it. And, just as the Electoral College altered Hillary's future, the Senate -- and its numbers -- could alter Trump's future.

Politically, economically, socially, environmentally we see to have slipped our moorings, Owen. I get this inescapable sense that we're adrift. I try to find cause for optimism or hope but that's becoming ever more elusive.

Hey, anonymous. You go ahead and praise Trump. But until you're no longer anonymous I'll just consider you another alt-right/neo-nazi troll with a greater facility for nuance than most. I don't care if you think this is unfair or judgemental or even if you think I'm just a liberal snowflake asshole. To me you're representative of the end of civilization. A barbarian at the gate.

It's hard to be optimistic, Mound, when facts carry no weight.

I have not published some of Anon's other comments, Dana. I admit that I've sometimes had difficulty distinguishing between various anonymous commenters. So my policy henceforth will be that anonymous commenters at least initial their comments. I realize that may lead to changing personas.

In the end, I may ban all Anonymous comments.

@ Dana/Owen: There are genuine reasons why some people prefer to go by Anon. Owen himself had previously acknowledged this. It would be a shame if he changes his mind now.

I use the Anon. handle on this site simply for convenience (I will sign my handle at the bottom - Owen does have a fair point about difficulty distinguishing between various Anon).

And I do not recall Owen not publishing my comments. I did, however, recall him mixing me up with another Anon who, ironically, in fact did sign his handle at the end - I suspect Owen recalls that incident.

I had called Trump a buffoon. That should have clued you in about my view of him. Just in case, I consider both Trump and Hillary unfit for the office, albeit for different reasons.

My second comment clarified why I thought Bruni and the NYT were partisan in their support for Hillary/Dem. and their criticism of Trump on this particular issue. Additionally, just read Glenn Greenwald's multiple excellent articles in the Intercept making the case with multiple excellent examples of the MSM itself (including WaPO and NYT) of being guilty of propagating fake/false news. Interesting that Glenn had acknowledged being called "alt right" presumably by people who refused to concede that Hillary did not lose due to Russian hacking, presumably unhappy Hillary supporters. Glenn and I may now share something in common. Lol.

As for your other comments about me representing the end of civilization, barbarian at the gate, etc., I won't even bother to respond to them and let others judge for themselves. I will say this though - it never bolsters one's case when one resorts to name calling.

I've worked hard, Anon, to keep the tone of discussion here civil. As long as your tone is civil -- and you include a handle -- I'll publish your comments.

@Owen: Fair enough - we both believe in civil discussions. I did find it amusing though that you were thinking of banning all Anon. comments, apparently following Dana's comment. Including a handle, while it does help distinguish the comment, does not necessarily guarantee a civil tone, does it (unless you consider "alt right", "barbarian at the gate", etc. a "civil discussion")? :)

In, the end, Anon, I'll decide -- at the risk of being considered intolerant -- what is civil and what isn't. There are, however, other things I'll consider. The Anon who I -- and I think Dana -- had in mind tended to use logical fallacies to support his argument.

If you've been following this blog, you will occasionally encounter some long strings, where readers disagree substantively but civilly. I hope that continues.

@Owen: At the risk of sounding repetitive, then point out the logical fallacies (doesn't matter who that person is or is not - respond to the comment). Otherwise, why blog (no offence meant here)?

I used to think that it is only the Reps./Cons. who label others with different views as "loony left", "leftard", etc. I now see apparent Dems./Libs. resorting to the same - "alt right" seems to be one such label.

Shame, isn't it, when people who consider themselves as tolerant "progressives" or liberals fail to recognize this in themselves?

Cheers, I think this is enough said for today, eh?

I have done precisely that, Anon, and tried to be patient. And, yes, for today I think we've covered the ground pretty well.