Sunny Ways Don't Work With Him 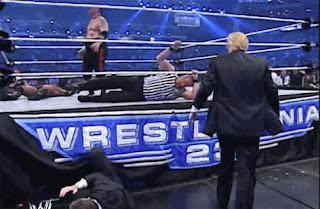 Justin Trudeau is encountering a lot of blowback these days. His cash for access troubles have him in hot water. And his announcement yesterday that the oil sands will have to be phased out will be met with cold fury in Alberta. But these are nothing compared to the blizzard that's blowing in from Washington. Michael Harris writes:

Forget about Trudeau’s domestic adversaries — his most deadly political foe is a real estate mogul and part-time president of the United States. As Trudeau fares against Trump on a handful of key policy areas, so his government will rise or fall.

That’s not to say that there aren’t domestic issues that matter. There are, including the still-unlamented Bill C-51, broken promises on the environment, and a sophomoric attempt at electoral reform. But Trump will cast a far longer shadow over public affairs in this country than any of them.


Harris goes on to catalogue the types of nasty weather that will blow across the border:

You can be certain that the Trump government will return to one of the preoccupations of U.S. policy: getting Canada to agree to a ballistic missile defence shield (BMD). The Americans have been trying to make this sale ever since Ronald Reagan saw Star Wars one too many times. In 2005, Paul Martin turned down the Americans on joining BDM, even though President Bush personally lobbied him on it.

In the course of throwing other toys out of his policy pram on his way to the White House, Trump has promised to rip up NAFTA. He already has, in a way, because the Tweeter-in-Chief has threatened General Motors, Ford and Toyota with a “big border tax” for building cars in Mexico. That, of course, is illegal under NAFTA — which is why he wants to tear it up.

And if Trump is ready to violate trade treaties and walk away from NAFTA if he can’t get the changes he wants, imagine what he’ll be asking of Canada in these negotiations. You can bet he’ll be playing shamelessly to his own lumber lobby by placing restrictions on Canadian softwood lumber going into the United States.

And while maximizing production in the U.S. and insisting on favourable trade balances with his trading partners, Trump will come after other major concessions from Canada. The Americans have always wanted market access to our agricultural sector, and it will come as no surprise when they demand in a new NAFTA an open door to dairy products.

And that’s to say nothing of Canada’s highly vulnerable auto industry, which will soon catch the eye of a man who would sooner see its jobs in Michigan under his ‘America First’ initiative.


All those clips of Trump in and out of the WWE ring are part of the Donald Trump Show. Sunny ways don't work with him.

Canada can now sell fish to China at 5% tariff, down from 11. There are more people in China than in the US.

Sending John McCallum to China is intended to improve relations there, rumley. Something tells me Trump and the Chinese will not waltz well together.

An interesting piece in ForeignPolicy on how Trump may be bringing back "Great Man" politics.
http://foreignpolicy.com/2017/01/12/donald-trump-is-making-the-great-man-theory-of-history-great-again/

"Not only is Trump becoming the leader of the most powerful state the world has ever seen, but thanks to Republican control of Congress — and soon, quite possibly, the Supreme Court — Trump has the potential to become the most powerful president in American history. And he is one of the most radically unpredictable men ever elected to that office. He is not guided by a distinct, systematic ideology, and he is not, to say the least, constrained by humility or self-doubt. In foreign policy, he has surrounded himself with advisors like Michael Flynn and Frank Gaffney who give credence to conspiracy theories and see Islam — not just radical jihadism, but Islam itself — as an existential threat to the United States."

"Donald Trump’s personality could assume, difficult as it is to apply these words to him, world-historical importance. As a consequence, the personalities of other leaders, especially Vladimir Putin, could also come to matter in critical ways, as they come into conflict with Trump. If impersonal forces lead to Trump’s personal rise, it’s now all too easy to imagine his troubled personality leading to his country’s collective fall."

Thanks for the link, Mound. It seems to me that Trump makes no distinction between the nation and himself. What's good for Donald Trump is good for America. And, despite all the bravado, his Twitter storms indicate that he is deeply insecure. It's not hard to link the nation's demise to his own demise.

Owen: You get it with McCallum but the press doesn't. Dion was offered a great gig ; hoprfully he will accept. The message I get ( you too ) is that China and Europe are the future for trade.

We have a son teaching English as a Second Language in China, rumley. He gives us the impression that a lot is going on over there.

.. I don't know that Justin Trudeau has any real 'standing' at this point.. on essentially anything. And I mean anything. That his Government has decided a la Harper, using taxpayer paid lawyers to try and quash the current lawsuit against Mount Polley and the BC government - before the courts can make an informed decision is a truly recent example. This suit relates to the collapse of a tailings pond retaining wall and subsequent destruction of salmon hatching waters, not to mention destroying surrounding properties and other ecologies. The BC government & legislature of course was shut down mysteriously prior to its fall sitting by Christy Clark - essentially a prorogue without subsequent election. Subsequently we now know, Trudeau's big news was approval of pipeline expansion per Kinder Morgan (an evolution of an Enron CEO now Houston based) Who is actually running our government? Or should we truly begin to admit too young middle aged Justin really is only offering token 'vision' and weak knee governance.. essentially, that's puppetry.. for whom?

I have been in Hong Kong on and off for six years now. There is a lot going on over here and it's not good. Anyone who thinks that trade with the Chinese will be a great and open thing is living in a dream world. They are bent on global domination and will stop at nothing to get it. They are not to be trusted and would never give anyone respect. The way I see it Canada might just be the one place to sit out the "shitstorm" that is impending.

Owen, how are your son's chances of returning to Canada? I recently attended a gathering at which three men who teach in Korea complained that it would be very difficult to return to Canada. All have Masters degrees with extras. Two teach in university, one high school. All have been there for more than ten years and teach a variety of subjects. The catch is that they make enough for a comfortable living in Korea. The job market in Canada is the pits especially for teachers. I know another teacher who came back after several years and is now fixing bicycles.


Trudeau is fast burning his bridges in British Columbia, Owen, and his Liberal MPs in this province are already squirming.

I noticed a risible line from his speech the other day when he blubbered on about how you can't choose between the environment and the economy before proceeding to admit that he'd done just that and the environment was not the winner. The most offensive part is that he believes he can treat us like idiots for whom he can fix anything with a smile and a nod. He's a phoney and nothing more.

That's a sobering thought, zoombats. This is no time for impulsive actions.

We have two sons who teach English as a Second Language, Toby -- one in Korea and one in China. They are there because teaching jobs here are hard to come by. Where we live, elementary schools are shutting down and they're talking about centralizing operations in the high school where I used to teach.

When the kids come home, they'll probably have to do something other than teach. They both wanted to do what I did. But they've had a tougher time than I did.

The bloom is off the rose, Mound.