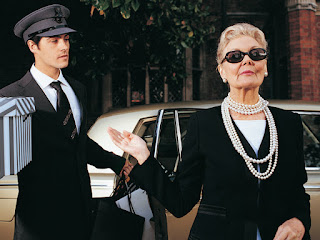 Doug Saunders has written an interesting column on what he calls the most ghettoized community in Canada:

My colleague Tom Cardoso and I recently published a set of interactive maps of Canada, drawing on a huge new database assembled by economist Miles Corak, which charts the country’s districts by their level of income mobility – the chances that people born in one circumstance will end up living in a better or sometimes worse, income level. What stood out, visually, were the patches where intergenerational poverty is the norm – places where people born poor are likely to stay poor. Such places are big, but have very small populations. Even more accentuated, if you can zoom in closely enough to see them, are the ghettos of the wealthy. They are more persistent, and more closed, than anything on the low end of the scale.


We give a lot of lip service to the middle class. But the reality is pretty stark -- and it's been stark for quite awhile:


Middle-income Canadians (who have individual salaries roughly in the $40,000-to-$70,000 range) have about an even chance of seeing their children slide down or up the income scale – it is hard to predict how the kids will turn out, and that anxiety is central to the middle-class experience. Low-income Canadians (earning $23,000 or less) are somewhat more likely to see their kids stay in poverty. But the top 1 per cent really stand out: They are subject to what Dr. Corak calls the “intergenerational cycle of privilege” – they have a greater chance than any other Canadian group, better than 50 per cent (and probably much higher), of seeing their kids end up in the same income category.

We know this group is also becoming more segregated geographically: Studies by urban geographers such as David Hulchanski and David F. Ley have shown that Toronto and Vancouver are becoming dramatically more segregated by income, with the very wealthy living more than ever in isolated residential enclaves.

Fifty-two years ago, sociologist John Porter demonstrated, in his bestseller The Vertical Mosaic, that Canada’s economy, its politics and its culture were controlled by a cloistered elite from the same schools and neighbourhoods, and only 3 per cent of Canadians had any access to this circle. Social mobility has improved dramatically thanks to half a century of immigration, growth and better social policies. But the top ranks remain closed and self-protective.

Saunders writes that there are two ways Canada's one per cent protect their privileged position:

The first is Canada’s lack of an inheritance tax. Estates (including houses) are taxed as income upon their owner’s death, then can be passed on to children – removing incentives to put that wealth to better and more productive use. As a result, the higher rungs on the ladder are less open to people who have developed creative, profitable companies and ideas, and more so to people who have simply had the right parents. Taxing inheritance heavily doesn’t generate much government revenue; it just makes people look outside their own families for places to put their money to work. It expands privilege rather than keeping it cloistered.

The second is Canada’s lax policy on private schools. The 6 per cent of Canadians who attend fee-charging schools are overwhelmingly there because their families are wealthy (studies show that their advantages are entirely found in their connections, not in their academic performance). Such schools are not required to admit a large percentage of lower-income students, even though their fees and sometimes their operations are taxpayer-subsidized.

Food for thought -- and debate.

Image: The National Post
Posted by Owen Gray at 8:46 am

Email ThisBlogThis!Share to TwitterShare to FacebookShare to Pinterest
Labels: Protecting Privilege In Canada

Two comments. First, the US has inheritance tax. It doesn't work as intended. Older Americans learn to shift their wealth to their children before death. The real benefit is to the armies of lawyers and accountants who profit from navigating the system. I suspect that Canada's system gains more for the government.

As to schools, I strongly believe that governments should not be subsidizing private schools. 100% of the monies that government spends for schooling should go to public schools. If the rich or religious want their own schools then they should pay without public help.

Sorry but I am intolerant with government money subsidizing the rich.

In addition to the closed nature of the elite, Owen, is the disproportionate influence they have on the legislative agenda. The old boys'club is likely a very potent force here, as it is in the United States. A recent review of The Chickenshit Club outlines the power they wield south of us, and there is little reason to believe things are different here, especially if one considers the relatively anemic response of the CRA to The Panama Papers.

One can argue, Toby, that our entire tax system subsidizes the wealthy. It has to do with who benefits the most from tax cuts.

The Panama Papers provides ample evidence of how our tax system works, Lorne. It pays to be wealthy. Working stiffs also pay taxes. But they don't receive the same benefits.

I detest private schools for the wealthy. The idea that they have ANY public subsidy is appalling.

I agree, thwap. Moreover, good public education is one of the cornerstones of democracy.

I was not aware Owen, that private schools got government subsidies. Another example on how the financial elite and our neoliberal governments collude.

I wonder how much the wealthy, in the form of subsidies, tax cuts and other financial tools have their hands in the treasury cookie jar.

This is not really made public by the MSM and the government, so the Canadian tax payer has no idea how badly they are being taken.

Which brings us back to the power of lobbyists, Pam, and whose ears they have.