Dying For The Dow 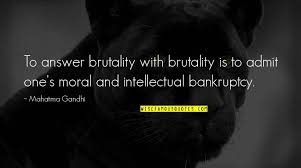 Donald Trump and his party are morons. They never -- indeed, it seems they can't -- learn anything. Paul Krugman writes:

For a little while it seemed as if we were finally settling on a strategy for containing the virus while also limiting the economic hardship caused by the lockdown.

Yet Trump and his party have come out against further aid to the unemployed and against helping beleaguered state and local governments. Instead, the party is increasingly putting all its hopes on a rapid reopening of the economy, even though that prospect terrifies health experts, who warn that it could lead to a second wave of infections and many more deaths.


So how does one explain the rapid reversal of what was a pretty sloppy strategy in the first place?

The answer, surely, is that they’re reverting to type. In the early stages of this pandemic, Trump and the right in general downplayed the threat because they didn’t want to hurt stock prices. Now they’re pushing for a premature end to containment because they imagine that it will boost stocks again.

It didn’t have to go this way. Another leader might have told Americans that they’re in a tough fight but will win in the end. Governors like Andrew Cuomo who have taken that stance have seen their approval soar.

But Trump can’t get beyond boosterism, insisting that everything is great on his watch. And he’s clearly still obsessed with the stock market as the measure of his presidency.


In the end, Krugman writes, Americans are going to have to die for the Dow -- and be heroic about it. It's tunnel vision and selfishness combined. It's also a clear sign of moral bankruptcy.

Image: wisefamousquotes.com
Posted by Owen Gray at 9:37 am

Isn't is odd that most stocks have now recovered off the lows of March and scores of investors are making a "killing" while staggering unemployment doesn't seem to even register. Therefore by Dump standards, the economy has recovered without even opening it back up. Imagine that. Or, is it that the Dow is indeed not an accurate measure of the "economy". BC Waterboy

The economy has always been about people, not numbers, waterboy. After all, as Mark Twain wrote, "There are lies, damned lies and then there are statistics."

"Americans are going to have to die for the Dow --" Methinks there is more to it than that statement. It should be rewritten to include the ego of Trump and his greed at being re-elected. It will be interesting to see how F.I.F.A. reacts to the situation in Michigan developing over the first holiday week end in the States. There will be a lot of votes lost there if this massive flooding goes unanswered. I'm driving from Illinois to Detroit to Ontario this weekend to begin my quarantine so I will be able to see more and report.

I don't recall if I have made this comment before, Owen, but I often think that if Americans as a whole had the capacity for critical thinking, they would realize how badly their 'leaders' have played them false. I can't imagine such abandonment of citizens happening in Canada.

You're much closer to the situation there than we are, zoombats. Perhaps, in future comments, you can report on what you see and hear.

As a much younger man, I spent some time in the United States, Lorne. It seems to me that Americans were smarter then. Perhaps the years have simply clouded my memory.

The doctors who formed Obama's pandemic emergency response team have published a 7-page letter warning that the Trump administration has just three months to replenish stockpiles of testing systems, PPE supplies for medical personnel and essential equipment such as respirators and ventilators. They warned if Trump doesn't start on this immediately, America stands to be caught unprepared when the virus returns after Labour Day.

I sense they're playing to Trump's narcissistic arrogance. For him to follow their advice might call into question his unseemly rush to re-open the economy. It would also be a tacit admission that he blew it when he squandered weeks, perhaps two months, at the outset before finally acting.

With the current death toll at 95 thousand, it's estimated that Trump's neglect is largely responsible for up to 55,000 deaths.

His refusal to wear a mask in Michigan yesterday merely underscores the man's arrogance and ignorance, Mound. Americans are now adding up the costs -- in lives -- of that ugly compound.

Hey, it's National Pray in Church and Infect Yourself Memorial Day Weekend. Remember fallen heroes six months out of time with the entire rest of the world, and drink beer. America's special.

Trump say he is overriding state governor orders for churches to be kept closed. Herbert W Armstrawng and Billy the Saint Graham give a thumbs up from the cemetery. God will protect, and send money for the ministry to spread God's Word among the heathens, why dontcha? Food banks? What are those?

So all them redneck Christians are being courted by Trump to re-elect him in November to carry on the lunacy. The rest of the world hoots in derision. America. Number One Dolt. No Again needed.

Why bother about those latinos in Porta Reecoh, or the swimming Michiganers practising for the next Olympics, or all the people with no job, no money, no food, soon nowhere to stay? No way Amerika is going to give them a handout like those socialist Canadians. No wonder those folk want businesses to re-open in Red states just to earn a few bucks. They're starving and hurting real bad. In the meantime they're advised to forage for grass shoots and dandelion leaves, storm empty food banks and vote Trump. If those people do vote Trump after this craziness, we'll know the school curriculum needs revising to include a semester's course on cognitive dissonance and God.

And to think, we could have enjoyed all these benefits too if we'd only elected Andy Aw Shucks Afred E. Newman Scheer, frontman for harper Grump Enterprises until he wasn't but thinks he still is, and he's still a damn Yankee. Gave up on relinquishing his US citizenship when he stepped down as leader but stayed up afterwards to grace the country with his presence and sparkling wit until his robot replacement arrives. That's a real Con for you. Oblivious. Why reporters don't laugh in his pompous face or call him out I'll never know. Maybe they're waiting for Erin O'Foole - he sounds like quite the charmer. More likely they work for PostMedia, CTV,, Global and Bell. The tone difference from CBC is obvious.

Trump represents the epitome of what some call American Conservatism, BM. Actually. it never was conservatism. Its godmother was Ayn Rand. She called it Objectivism. But there was nothing objective about it. It was all about ME. "I -- the Almighty I. I am the be-all and end-all."

Harper and Co also drank the Randian Kool-Aide. A pox on both their houses!