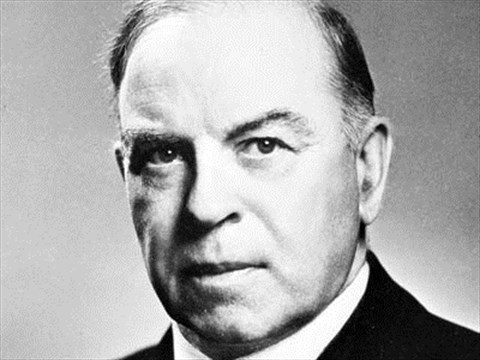 Michael Harris believes that Justin Trudeau has -- in Joni Mitchell's words -- "skated away" down the river:

Rather than skewering the PM with these serious accusations, the finance committee merely gave him a chance to stick pins in the flotation devices bouying this political brouhaha. And stick pins he did.

First, and most important, Trudeau testified that he never spoke to representatives of WE, and only learned of the charity’s involvement in the massive volunteer grant program on May 8. That was the date cabinet received the recommendation from the public service that WE was the only organization able to administer the volunteer grant program.

Trudeau also flatly denied being friends of the charity’s founders, Craig and Marc Kielburger. Trudeau said he never had dinner with them, never socialized with them, and didn’t consider them friends. Just people he knew.

When it came to members of Trudeau’s family, that not-so-grand inquisitor, Conservative MP Pierre Poilievre, tried repeatedly to get the PM to state how much money his mother, brother and wife had been paid by WE.

Trudeau refused, claiming that he did not know the numbers. It was his weakest moment of the day. It is already on the public record that his mother Margaret, his brother Alexandre and his wife Sophie had received more than half a million dollars from WE.

In the case of his mother and brother, the PM noted that both of them were “professionals” in their own right, with a history of being paid for delivering speeches. He didn’t monitor their earnings. In his mother’s case, she had been a champion of removing the stigma from mental illness for years — and written two books about the subject.

So it was natural that she would be sought out by groups like WE to give public speeches on that and other subjects. Besides, the conflict of interest legislation defines “family” as spouse and immediate family — a point even the prickly Poilievre admitted.

But it was Trudeau’s explanation of his wife’s involvement with WE that let the air out of the charge that benefits to his family had affected the government’s choice to select WE to administer the volunteer grant program. When pressed on how much money his wife had received from WE, Trudeau instead pointed out two crucially important things.

The first was that Sophie’s work for WE was unpaid, although she had been reimbursed for expenses. And before that happened, Trudeau testified that his wife’s pro bono work for WE was approved by no less a person than Canada’s ethics commissioner.

Justin claims that Wilfred Laurier is his "second favourite" prime minister. He never mentions William Lyon Mackenzie King. But it appears that he has studied King's career closely.
Image: HamiltonNews.com
Posted by Owen Gray at 9:02 am

Email ThisBlogThis!Share to TwitterShare to FacebookShare to Pinterest
Labels: Trudeau And The WE Scandal

It strikes me that when you see Poilievre and Kinsella chewing on the same bone, it's time to find something better to occupy your time.

Justin's mortal sins are in his broken promises dating back to 2015. Those left scars. The rest of this stuff is a succession of ethics foibles that speak to privilege and a touch of arrogance. He shouldn't have sold cocktail party access to Chinese businessmen. He should have brought the hammer down on KPMG for the Isle of Man tax dodge. He should have found ethical ways to deal with SNC-Lavalin. He should have recused himself on WE. Whenever Big Money is involved that's when Trudeau's ethical sense turns wobbly.

It seems he not only has studied McKenzie King, but has been doing his best to emulate him. Do you suppose he'll hang on as long as King did? Perhaps he also may do at least some one incontestably good thing by the time he leaves office as King did.

Trudeau's weaknesses are easy to spot, Mound. But Polievre and Company will not bring him down. I suspect that Canadians are even less impressed by the Conservatives than they are by the Liberals.

Justin doesn't have to talk to his mother through a crystal ball, CED. He may wind up doing more than Mr. King did.

.. We have bigger fish to fry in Canada.. than the Trudeau's and WE
Bottom line though, it was a monster bungle and the students did not get the life preservers
That's who drowned.. it sure aint Morneau / Trudeau et al
or Pierre Polievre.. net worth 9 MILLION ..

The bottom line, sal, is that the kids got the shaft.