Oh, Quebec, Where Art Thou? 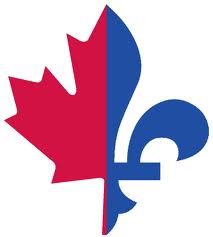 Jeffrey Simpson's column, in this morning's Globe and Mail, is a sad commentary on Quebec's links to the rest of Canada:

In most walks of life – in what we might call civil society – the links are thin. And within the political realm, where historically francophones and other Canadians interacted constructively or with conflict, again the links have frayed.

Today, more than at any time in Canadian history, there are almost no federalists in Quebec political life who speak often and with conviction about the merits of the Canadian federal system. There are no federalist champions from Ottawa whose voices resonate in Quebec, and there are few in the realm of provincial politics.


The two original partners in Confederation seem to be leading entirely separate lives. They no longer share the same house. And the Harper government is absolutely unconcerned about this state of affairs:

The government of Prime Minister Stephen Harper is hugely unpopular, devoid of impressive ministers, led by someone Quebeckers have come to think of as remote and uncaring of their aspirations, driven by an agenda incubated somewhere else.

Indeed, the summer’s saddest (or funniest) political spectacle was Mr. Harper’s appearance in Quebec. Surrounded by imported ministers – some of them unilingual English-speakers – and his rather feeble Quebec contingent, Harper’s team organized a forlorn photo op in the middle of nowhere, really, and presented the entire fabricated affair as a relaunch of Conservative hopes and intentions in Quebec.


So the task of keeping the marriage going falls to Thomas Mulcair -- or the new Liberal leader, whoever that may be. And the task will be, as they say in French, "formidable."

A secretive, wooden prime minister with a cardboard marionette cabinet practicing deception and the politics of division - that is supposed to anchor Quebec to the rest of Canada? Stephen Harper carries with a severe price for the country. Yet we're left with the utterly uninspiring, dead-eyed Mulcair or the hipster J. Trudeau, pale shadow of his father, to rally us back to the flag. Is it any wonder that dissolution doesn't seem all that horrific to many of us on the Wet Coast?

No, it isn't, Mound. And, if what I read is accurate, a majority of BCers are beginning to think -- like Quebcers -- that Ottawa is the enemy.

What worries me is that it may be too late to heal the wounds.

That may be, Owen, if our opposition leaders don't wake up to the risk our country is in and begin acting like leaders. Their "don't offend anyone" attitude plays into the hands of Harper and winds up offending everyone else.

From inequality to climate change, not one of these supposed leaders is willing to break with the U.S. and yet no one ever was saved by staying on a sinking ship. Sometimes you reach a point where you have to take your chances even though it means getting cold and wet.

True, Mound. Courage has been replaced by certitude. And certitude leads those who are afflicted with it to the conclusion that one does not need others to find solutions.

Certitude is another word for stupidity.

Strangely. At one time, Canadians were upset to hear Quebec wanted to leave Canada. It no longer seems to matter. This country is no longer Canada anyway. This Nation is corrupt to the core. The rot so horrific and evil...How can we blame any province that wants to get away from Harper and Ottawa?

We were warned. If Harper wins or cheats a majority, we could kiss Canada good-bye. To be safe from Harper, provinces would be much better off, as their own little country's.

Canada used to be bigger than the sum of its parts. When the provinces begin to feel that they are safer outside of Ottawa's orbit, we are in deep trouble.

We are in deep trouble. Global capital has no respect for national sovereignty and Harper is the uber handmaiden to corporate interests who accumulate and shore their unprecedented wealth in tax free zones. Before, the argument was that

Quebec could not go it alone because of the strength of our shared economy. That is no longer the case when investments are increasingly foreign for raw goods and decent jobs are either off-shored or down-sized out of existence.

Meanwhile, taxation has become such a joke that the pressure is mounting to privatize all our social gains. There is pressure to race to the bottom in terms of wages and benefits and the concept of distributing economic gains fairly across all provinces has been continuously attacked by Calgary and Ottawa.

If Quebec or BC could carve out independent sovereign nations and control their economies in a more enlightened manner, say like Iceland, that might not be such a bad Plan B option. Maybe others would follow.

Of course Plan A should be to overturn and undo Harper's damage. We would need a party with a leader willing to reject his economic and political principles, not just adjust them with a softer touch. But that will be an incredible challenge.

During the Quiet Revolution, Bejiing, Quebec companies like Bombardier became world class. But there are few Bombardiers and Quebec is carrying a tremendous debt load.

An independent Quebec would be trashed by the bond markets. Harper's petro-economy offers Quebec nothing, so Quebecers feel damned if they go and damned if they stay.

And Harper is not going to give them a reason to stay.

The trouble is over.

The consequences of the trouble are upon us.

Canada is kaput. As I have always believed Harper intended. Confederation will still have a more or less cosmetic existence for another generation - perhaps - but the dissolution has begun in earnest.

The best that can be hoped is that the loose affiliation of provincial fiefdoms that arises out of the ashes has a greater desire to affiliate with one another than they do with the USA.

I won't live to know about it. Which is a good thing I think.