Going To The Same Place 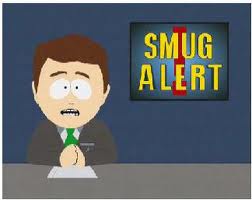 Lawrence Martin writes this morning that, on Tuesday, the Neanderthals in the Republican Party were given their walking papers. And he suggests that Republicans should look to Canadian Conservatives as a model of racial tolerance:

The GOP would do well to look to Canada’s Conservative party as an example of a political organization that has been able to triumph over progressives while remaining entrenched on the right. With the merger of Alliance and the Progressive Conservative parties in 2004, the progressives saw their place significantly diminished. But since that time Stephen Harper has been able to sell the country a more ideological brand of politics because he has been smart enough to keep his dinosaurs in the forest. There have been some exceptions to this, Rob Anders and Vic Toews being among them, but not enough to stir great angst among voters.


What Martin doesn't write is that Stephen Harper's economic policies lead to the same place that Mitt Romney's do. Both men firmly believe in  plutocracy. Obama's victory was not just a victory for racial and ethnic tolerance. It was a victory for government's place in the economy. He won in places like Ohio because he rescued the auto industry. And, while it's true that Stephen Harper chipped into that rescue, it's also true that his contribution was a "Me Too!" moment. Since his victory eighteen months ago, Harper has done nothing to support Canada's industrial economy.

So let's not be too smug. The Conservative Party of Canada has more than its share of Neanderthals.
Posted by Owen Gray at 10:24 am

I wondered at Obama's worst challenge? "Working" with the opposing Senators? Why doesn't Obama simply over rule all the Senators, including his own? Why does not Obama just dictate, as Harper does? No-one has any say in the House of Commons, but Harper.

Obama does seem, dead set against Communist China. Harper has brought China, right onto our Canadian soil. How will all of this play out? The U.S. is democratic. Canada is a dictatorship. Obama doesn't trust Harper.

There certainly are big differences between Obama and Harper, Anon.

But you can bet your bottom dollar that Steve is going to do his best to stay on Barack's good side.

I don't know about Harper getting cozy with Obama, Owen. This morning's soundbite from India sounded rather condescending. Steve "The Economist" forewarned that the President elect better make the economy his priority. He then proceeded to scold Europe for not doing enough to stop the recession. He really is a PoS.

Wouldn't it be rich if the Keystone pipeline was stymied with further demands for a new route and a more rigorous environmental impact assessment? A long shot but it's nice to toy with the concepts of 'hope' and 'change' in a dreamlike fantasy, especially knowing that Harper's blood pressure would surge through the roof.

I caught Harper's and Flaherty's admonitions to Obama this morning, Bejing.

The smugness of these two guys is mind boggling. They feel they must lecture the world on how to manage national finances -- when, in fact, the previous government had more to do with Canada's good financial fortunes than they did.

And, while I'm sure Stephen Harper will be like the little dog following the big dog, I'm not sure that the big dog is impressed by the little one.

After reading your post I read the Martin article, Owen. While clearly smoother and less obviously extreme than their American counterparts, I suspect another key to the Conservative regime's longevity thus far is its open contempt for our democratic traditions, too numerous to mention here, that have caused many people to lose complete faith in the value of voting. That, and the monumental indifference to politics that many of our fellow Canadians evince, may guarantee Harper and his ilk continued domination of our political landscape.

It's not at all clear yet that the radical right will be purged from the Republican ranks. There'll probably be some sort of civil war first. The Tea Partiers are already angry, arguing that the failures against Obama are the inevitable result of fielding moderates (McCain and Romney) instead of hard-liners.

My view is that Obama needs to really beat up the Republicans in the coming three to six months. Get popular legislation into Congress of the sort that could cut the moderates out of the radical Republican herd. Force moderates to split from the Dark Side and draw them into supporting essential legislation on climate change and inequality. Leave Boehner and McConnell with nothing to fall back on save their own swords.

First Obama has to get Pelosi and Reid to take an iron grip on their caucuses to ensure Democratic solidarity. Then begin hiving off key Republican votes.

You may indeed be right, Lorne. Conservative strategy has been to make government dysfunctional -- witness their handbook on how to render parliamentary committees ineffective.

They then argue that democracy is not worth the trouble. It's all about rigging the system.

That strategy might work, Mound -- if a fair number of Republicans have the courage to confront people like Grover Norquist.

If they're anything like the Harper Conservatives, though, they will be led around by the nose.

One simply can't expect the same results from a two party truly bicameral state that you find in a multiparty parliamentary democracy.

Unlike Harper, Obama can't call on the undivided devotion and loyalty of his troops - let alone the cooperation of a group of senators in the US whose electoral fate beats to a different drummer (and term).

Harper's job is much easier and the levers of power available to him are far more easily manipulated...

That's true, G. -- but it's true because responsible government no longer exists here. If Mr. Harper was indeed "first among equals," his position would be much more vulnerable.

If we had proportional representation, his position would be much less assured.

How's this for a bit of irony:

Harper's quest to wrap up a quick and dirty trade deal has been stymied by, of all things, parliamentary democracy. He's dealing with a coalition government ;-)

"The Indian government just lost its majority—over a series of proposed economic liberalizations, of all things—and has been facing growing criticism over India’s relative economic slowdown."

Its not that complicated Owen..

We live in a free country. We don't even need to bang on pots and pans. Just one thousand strong and free Canadians are needed, sitting very very quietly and peacefully for 24 hours, in front of Harper's home on Sussex Drive in Ottawa, ordering pizza or sipping coffee or juice on lawn chairs with their backs turned to him and his flunkies.

Two hundred and fifty bold Canadians in front of Joe Oliver's place in Toronto.. same simple message, 'we have turned out backs on you, for good reason'.. Same treatment for Kenney, Fantino, Clement and the rest of the majority of conservative MP's and Ministers that voted to support the motion Harper claims his government does not support.. re abortion etc... The vote (on record) suggests your government does support the motion, Mr Harper.

All the other nonsensical radical eco damaging legislation, accounting errors, obstruction of justice, and your opaque secretive committee sessions, dogmatic idiotic question period antics deserve our same cold shoulder. We can literally show we've turned our backs on you for your callous treatment of Canada.

I'm sure mainstream media will get a huge laugh out of the in your face insult.. backs turned to you, democratically delivered.. a calm guerilla insurgency you, the RCMP, the CSIS, Baird and your war room cabin boys can puzzle over. Be sure to take pictures of the Canadians in their lawn chairs for potential retribution or threats.. But what can you do ? Send us to the Tar Sands gulag.. ?

Mr Harper.. get real .. we really do outnumber you. You deserve a very harsh lesson in mathematics and majority.. Its not even close.. You probably have about 20 - 50 people who really believe in your narcissistic nonsense.. about 500 piglet political animals, lawyers, aides, wonks and wankers that are wallowing in the generous political trough you provide.. and about 50 corporate entities that count on you, for good reason.. to look after their vested and invested interests..

Pretend its the war of 1812 Mr Harper... and you have a cohort of approx 1000 .. or even lets say 5000.. of dubious valor.. including yourself.. armed with calculators and blackberry's .. The First Nations will frighten and chase you and your fat carpet baggers away just by stamping their feet.. and they will demand their right, for all the rest of us to step aside, step back when they count coup on you.

You think you command a nation .... this Canada ?

You think you catch the wind ?

That's really interesting news, Bejiing -- of which I was completely unaware.

Democracy seems to be breaking out of its lethargy. Perhaps Leonard Cohen should rewrite the lyrics to his song -- "First we take Manhattan, then we take Ottawa."

I would not be surprised, salamander, if what you suggest comes to pass before the next election.

I have always been impressed with that old verse from the Book of Proverbs: "He who troubles his own house shall inherit the wind."