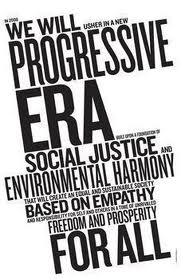 Zach Paikin echoes something The Disaffected Lib wrote about yesterday: Canada needs a truly progressive political party. A simple coalition of opposition parties, Paikin writes, will not be enough to defeat Stephen Harper:

Even if the parties pursued joint nominations in Conservative-held ridings, their leaders could undermine those nominations with gaffes. Justin Trudeau and David McGuinty know the kind of damage a few poorly-chosen words can do at the riding level. Imagine the devastating consequences for, say, a jointly-nominated New Democrat if a Liberal leader made a statement opposing his party’s policies during an election.


A coalition of convenience will not be enough to bring Harper down:

Teaming up with other parties to beat Harper is a reactionary, not progressive, strategy.

A progressive party needs to create a vision of its own that is not primarily rooted in opposition to someone else’s vision. That vision has to be original, compelling and easy to communicate. It also has to be national. Morally speaking, the traffic light parties simply don’t have enough in common to justify keeping a Liberal candidate from running in Conservative-held ridings.


The Lib reminds his readers that parties on the left are in opposition because they bought into the corporatist agenda -- and Stephen Harper beat them at their own game:

I read a lot of nonsense about what the "left" should be doing or how the "progressive" parties should be doing this or that.   And each time I see those references I ask myself, "what 'left'" or "what 'progressives'?"

There was a time when most everything on the other side of the Conservatives could be considered left or at least slightly centre-left.   Then Harper showed up with his prime directive to shift Canada's political centre far to the right and fix it there.   And, with a great deal of help from people with names like Ignatieff and Layton, that's exactly what he's done.


As the Liberal Party tries to reinvent itself, it should remember recent history and have the courage to make a genuine turn to the left.

I just read a post on the Accidental Deliberations blog, Owen, about the Tory defeat of the private member's bill that would have seen cheap generic drugs save countless lives in developing nations. In a link to the Globe provided by the blog, we learn that the four Liberal MPs from Montreal, the hub of the pharmaceutical industry, were absent for the vote, including the putative saviour of the Liberal brand, Justin Trudeau.

While this lends credence to Paikin's thesis, there would seem to be two problems very difficult to overcome:

1) the public's notorious reluctance to 'buy into' a new political party
2) the difficulty of preserving doctrinal integrity if the new party ever gains currency.

I agree, Lorne, that they are two huge obstacles. And it's those obstacles which go a long way to explain Stephen Harper's success.

On the other hand, if the opposition parties are perceived as Conservative-lite, why bother to change?

No one makes justice a theme of political campaigns anymore. As the gap between the wealthy and the poor -- the genuinely poor -- grows, it seems to me that the call for justice should grow louder and louder.

The heart of the progressive movement has always been about justice.