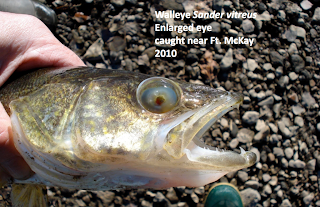 George Orwell published 1984 sixty-five years ago. He did us all a great public service. Michael Harris writes:

After all, it was Orwell who lifted the curtain on how the end of free thought was creeping across western democracies. In the end, stripped of the very language needed to form ideas, future citizens would be shuddering under a government colossus whose most efficient agency was the Thought Police.

The central premise of Orwell’s horror-scape dystopia, 1984, is that the facts are mutable.

Simple really: if there are no objective facts, there is no knowledge. That leaves it to a vastly empowered government to impose whatever ‘facts’ are required — and then to change them in the bat of an eye if necessary. Think of Stephen Harper on income trusts. Only the masters of Doublespeak can deny a flip-flop.


In Stephen Harper's world, facts are the enemy -- unless they are what you say they are:

In Harperland, there is no weed as noxious as independent facts. If possible, they are pulled up by the roots. Science is just another corporate enabler as far as the PM is concerned; if it’s not that, then it’s a potentially dangerous source of independent public information.


Last week, David Schindler once again tried to lay out some immutable facts about the tar sands:

After all, when someone sends you a picture of tumours, lesions and spinal deformities, the probability is that they are seriously unhappy about something.

When they include a letter pointing out that fish downriver from the tar sands development in Alberta are exhibiting mutations very similar to those of deformed marine life in Alaska and the Gulf of Mexico after the Exxon Valdez and Deepwater Horizon disasters, they are sounding an alarm.

And when that same person advises you that in order to understand the impact of petroleum pollution on freshwater and the aquatic life it supports, you must ditch your plans to close the ELA, they are offering a very rare thing — a second chance to get it right.


Unfortunately, the only second chance the prime minister believes in is his own re-election. Facts -- the kind the ELA uncovered, and which resulted in the Acid Rain Treaty -- must be denied, then sent down the memory hole. Ignorance is Strength.

Concerned Canadians should organize a crowdfunding project. The funding would support development costs for a legitimate group to take over the 'property' of the ELA from the existing landlord (the Crown, I believe) and open it for business. The crowdfunding might also cover needed repairs, tent purchases, boats & supplies and local or flown in support. Site maintenance, security & local liaison

Its incredible how determined the Harper Government, the Conservative Party and their energy bedfellows are, to strip away and devalue any defenses of Canada's environment, while also attacking advocates or defenders of the environment such as biologists and scientists. On seeing the censorship of librarians and archivists one considers when schoolchildren, firefighters, or nurses will be muzzled and silenced..

The best way to ridicule this government into action is for ordinary citizens to use their common sense & can do spirit to repair & remediate after government failure, incompetence or malfeasance & oversight. And just get the job done the right way, by the right people.

Surely an intelligent funding request on Indiegogo would mobilize a thousand Canadians who 'get it' and put in 100.00 bucks Canadian to get the process rolling. That's a hundred grand to hand to David Schindler or one of his proteges, or to hire Alexandra Morton to 'chair' recruitment of development and fund raising executive level.. That cadre of exemplars becomes a steering committee that ensures the yearly funding is attained as well as scholarships & bursaries are established to support new exemplars and mentoring.

We should hash this out.. game it through a bit .. same deal out west.. should get crowdfunding behind wild salmon protection, get funding behind any Kitimaat or First Nations defense groups.

The only way to scuttle the Harperite agenda is to organize, salamander.

And, until they're sent packing, keeping the ELA going by private means seems to be the only option.

I think Salamander is onto something. It's a good way to show the government where we want our taxes spent and who we trust to steward our funds.

Maybe they could be set up as charitable foundations, so the taxes could be deferred. Or co-operatives. Or Councils of Elders.

I think you're right, Kim. Historically, cooperatives -- like the kind of organizations Father Moses Coady set up for Cape Bretoners -- have been an answer to free market maniacs.

They emphasized community instead of capitalism.