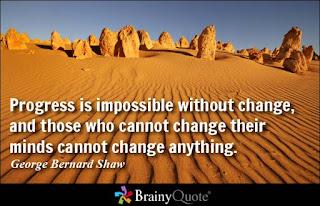 It's hard, Lawrence Martin writes, to think of another government -- in all of Canadian history -- that has changed direction more radically than the present government. Consider what happened last week:

The landing of the refugees is a hallmark story, one which will endure in our history books. The reaching out of the government and the Canadian people to the refugees on their marathon of hope was a Terry Fox-type moment. We like to think of Canada as a big-hearted country, one where openness and tolerance are ingrained in the national fabric. If those qualities were put in doubt by the xenophobic lurches of our previous government, they are back now.

In the same week came the Paris accord on climate change. Our new government, unlike the former, was a big proponent of such an accord, one which has the potential of making a difference.

In the same week, as symbolized by the invitation to a White House state dinner, came a rebirth of relations with the United States, relations which had gone sour.

And there have been other huge changes:

A change of spirit was evidenced partout. Relations with our aboriginal peoples were put on better footing with the announcement, among other things, of an inquiry into missing indigenous women. Relations with Ontario and other provinces are improved as a consequence of greater compatibility with Mr. Trudeau’s Liberalism.

In Ottawa, the hostility that often characterized the relations with the institutions – the public service, the foreign service, the media, the Supreme Court, the parliament – has been removed. It didn’t take much, just a leader showing goodwill in place of its opposite.

Not all has gone smoothly. An incomplete spending bill was sent to the Senate. And the Right is grumbling about deficits.Things could be a lot different a year from now.

But, for the time being, Stephen Harper's Canada is history.

Email ThisBlogThis!Share to TwitterShare to FacebookShare to Pinterest
Labels: Changes Under Trudeau

Conservatives grumbling about deficits. What a joke.

"Stephen Harper's Canada is history." and it could not have come in a better way defeated by the son of a man Harper had a self admitted hatred for. Here here.