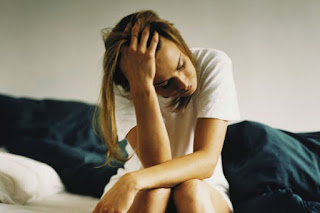 A number of studies have documented how income inequality is bad for your health. If you're someone who used to work in North American manufacturing or a person of colour, that's been obvious for a long time. But a new study, by Anne Case and Angus Deaton, demonstrates that inequality has deleterious effects on middle class white women. Crawford Killian writes:

"The post-1999 episode in midlife mortality in the United States is historically and geographically unique, at least since 1950," Case and Deaton say. During the same period, mortality in the same age cohort in six rich countries (and in American Hispanics), continued to fall. The same cohort of Canadians suffered less mortality than anyone but the Swedes and Australians.

What was the difference? Three causes: "Suicide, drug and alcohol poisoning... and chronic liver diseases and cirrhosis."

And who was dying? "The turnaround in mortality for white non-Hispanics was driven primarily by increasing death rates for those with a high school degree or less." Some post-secondary but no degree? Little improvement. A B.A. or more? "Death rates fall by 57 per 100,000."

"Although all three educational groups saw increases in mortality from suicide and poisonings," Case and Deaton say, "and an overall increase in external cause mortality, increases were largest for those with the least education."


These are precisely the people who were hit hardest by The Great Recession. And they are the people whose incomes have been falling ever since. But white women are now bearing the brunt of our brave new economy:

The report has predictably caused a stir, and one analyst, social-science blogger Andrew Gelman, has gone deeper into the numbers. He finds that the increase in deaths stopped in 2005: "Since 2005, mortality rates have increased among women in this group but not men."

"Actually what we see," Gelman says, "is an increasing mortality among women aged 52 and younger -- nothing special about the 45-54 group, and nothing much consistently going on among men."

Other researchers confirm the problem for women. A 2012 study found that white women without a high school diploma "lost five years of life between 1990 and 2008," by which time equally educated black women were outliving them. Earlier this year the Urban Institute published similar findings.


It's tough out there for everybody -- except those at the top of the economic pyramid. However, they haven't noticed the rebellion that is bubbling down below.