It Will Take More Than Plastic Surgery 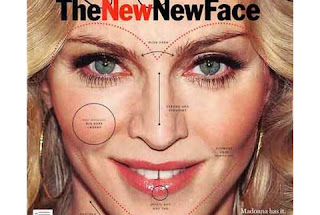 The Harperites have undergone some plastic surgery. They believe Canadians will like Rona Ambrose's face and her soothing tone of voice. But Andrew Coyne writes that it will take more than a new face and a new voice to reboot the party:

Conservatism is not just losing elections. As a political movement, it has — let us not mince words — ceased to offer a coherent or attractive alternative. On the most pressing questions of the day, from the environment to social justice, it is either unwilling or unable to present any serious answer to the prescriptions of the left, or even to offer much resistance.

At best it can hope to profit from the left’s miscues, but even in power it lacks the self-confidence to define an agenda, let alone pursue one. The nastiness of the Harper government may have been peculiar to it, but in its aimlessness and timidity, its unwillingness to invest political capital or confess to an ideology, it has its counterparts in conservative parties across the country — in sharp contrast to the robust self-confidence of the left.


Under Stephen Harper, power trumped policy. The most glaring example of Harper's failure was on environmental policy:

A generation of environmentalists has grown up fully versed in the potential for market solutions to be applied to environmental problems; markets, they realize, are social institutions, like governments, each with its own proper sphere. Conservatives could have seized this opening, and run with it. If you like what the market can do for you in the environment, they could have said to voters, can we interest you in what it can do for your schools and health care?


I don't agree with Coyne. Conservatives have regarded the market as sacrosanct -- a glaring misunderstanding of the complexity of life. And I suspect that most Canadians -- when push comes to shove -- would also disagree with Coyne. Canada is a huge, sparsely populated country, where the market can't solve some intractable problems.

But I take Coyne's point: It will take more than plastic surgery to revive the Conservative Party.

Image: blogs.babycenter.com
Posted by Owen Gray at 9:20 am

What did Harper stand for?

Oil: Harper's delusions about Canada as "the energy super-power" were based on his own Calgary, oil-centred backers. Doing everything he could for the oil sector was a major Harper "value."

Destroying the First Nations: Harper was advised by the loathsome Tom Flanagan who believed that the First Nations are not "nations" at all, but a miserable bunch of self-destructive anachronisms. Harper was pretty open about attacking their sovereignty and violating our treaties with them. They were to be assimilated into the mainstream (somehow) and (more importantly for him and other colonialist elites) the resources under their jurisdiction could be opened up for capitalist exploitation.

Attacking his opponents: Unions, feminists, environmentalists, First Nations activists and advocates, ... he targeted them with (among other things) his CRA audits, but also his spying and his slanders and smears against them.

I could go on, but plumbing the psyche of someone as debased and moronic as harper is wearying. He did stand for things. Ugly things. And the fact that he failed at much of what he attempted doesn't mean he didn't.

That's a pretty good summary, thwap. It captures what the man stood for. And it catalogues the damage he did.

I agree Owen, thwap hit a few of the nails on the head there but . . . Harper's metaphorical political coffin nailing will really spin up when the books from insiders are written.

I think the big challenge for well meaning "conservatives" and "Conservatives" will be the decision to repudiate the Harper legacy or . . . embrace it.

Give them some time. laugh

I agree, James. The real test for the Conservatives will be whether or not they can throw off the mantle Harper wrapped them in.

It appears, lungta, that they really have no idea why they lost.

We here in BC helped in large measure to rid Canada of harper.(more or less)

Now we need the rest of Canada to help rid us of the last true harperite still clinging to power and still destroying the environment.

We cannot wait 'til 2017 because she has redoubled her corporate promises knowing she will join harper after our next election.

BC will export 130 million tons of thermal coal through our ports in 2016.

BC has begun construction of a dam that will flood 100,000 acres of choice farmland to produce power for LNG extraction and compressing facilities on our coast.

BC has plans to increase the number of Foreign Fish Farms that threaten our wild salmon with disease and extinction.

BC exports raw logs at an unsustainable rate while most of our mills have shut down for lack of product.

The BC premier is in Paris right now shilling for extractive corporations.

We cannot stop her by ourselves, the ROC must wake up to the danger and expose her now.

We need all the help we can get.

Perhaps revealing her ties to the Harper government would help in that effort, ron.

WOW, does Coyne ever miss the point! It is the MARKET that is failing, the Conservatives are only the public representatives of a market ideology that has utterly crumbled in the face of its own 50 years of failure! The conservative parties have nothing to offer because fewer and fewer people take notions of "Market fixes" seriously. Liberal parties have attempted to bypass the failure of market solutions and try to attract support based upon a handful of issues such as gender, transparencies, environmental re-regulation, pop legalization etc. But in the end they will also largely fail because unless people start addressing the market failures at the heart of the system we will continue to degenerate as a society.

The central flaw in modern conservatism is its assumption that the market should be the central organizing principle behind any society. But markets -- like everything else -- are imperfect, Kirby. And conservatives refuse to recognize that imperfection.