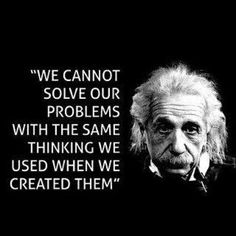 Yesterday's throne speech was short -- a mere two thousand words. But it promised what Justin Trudeau campaigned on -- real change. And Trudeau just might deliver. Compared to previous prime ministers, Chantal Hebert writes, Trudeau is in a position to make good on his promises:

Jean Chrétien was sworn in against the backdrop of a unity crisis and a runaway budget deficit of an unprecedented magnitude. It was clear from Day 1 that big spending cuts would be in the offing.

His first victory also coincided with the massive arrival on the opposition side of the House of Commons of two parties — the Bloc Québécois and the Reform Party — whose very existence was meant to shake the pillars of the federal temple.

And everyone knew that, when Stephen Harper came to town, he planned to burn down the temple:

Stephen Harper had let it be known before he won his first election in 2006 that he believed the federal capital to be home to a liberal trifecta made up of the media, the civil service and the judiciary.

He came into office convinced that every parliamentary institution was rigged against the Conservatives. Then he spent a decade turning that perception into a reality. Ironically, his biggest nemesis turned out to be some of his own appointees.

Trudeau faces immense challenges, both at home and abroad. He does not come to office at an easy time. Nonetheless, this is a season of hope:


More than a few insiders hope that sheep will be able to safely sleep with lions in the Senate and, in the process, change the culture of a place that has long been a home to some of the most carnivorous partisan animals in the country.

They want to believe that freeing senators of their partisan chains will not just make them easier prey for the army of lobbyists who are about to go to war for a share of the bounty attendant to an activist government agenda.

Most MPs — regardless of party affiliation — want to think that it is it possible to make the more than 300 of them who are neither party leaders nor cabinet ministers feel relevant enough that they no longer feel the need to vent by heckling each other in the House of Commons.

Email ThisBlogThis!Share to TwitterShare to FacebookShare to Pinterest
Labels: The Throne Speech

I remember when Cretien was sworn in promising to scrap the G.S.T.. Just saying

I remember, too, zoombats. We'll have to see how it all pans out.

Meet the new bosses, same as the old bosses(but with a friendlier, more photogenic spokesperson).

The bosses stay in the background, Anon. But they know what -- and whose -- strings to pull.

Sure Einstein? Here then is a link :>

Remember what Prussia was eh?

Einstein showed us that the universe is continually unfolding, Mogs. He knew there were always alternate ways to see -- and to do -- things.