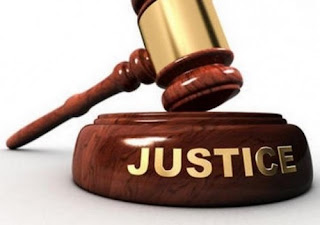 Justice delayed is justice denied. Throughout the Harper years, the federal government worked very hard to delay justice. Its first assault on Justice was to shut down the Court Challenges program, because -- the Harperites claimed -- it was too expensive. The fallout from that decision was that only those with deep pockets could afford to take the federal government to court.

That was because, in every challenge to the federal government, its lawyers employed delaying tactics. Take the case of compensation for the survivors of residential schools. Jeff Sallot writes:

There are scores of examples of government lawyers dragging their feet in an effort to outlast the plaintiffs, lawyers for the indigenous people recently told The Globe and Mail’s Sean Fine. The Harper government, for example, refused to allow old federal documents, including cabinet orders, to be used as evidence unless the plaintiffs could produce a witness to explain the documents.

How’s that supposed to work? Have you ever tried to subpoena a dead cabinet minister? Most of the authors of those orders are dead; those that aren’t probably could not recall anything more than what the documents say, lawyers for the plaintiffs argued. They recently won this legal point — but not until after a long legal battle ate up more time.


And there is the case of three Muslim men who are suing the government for what happened to them in Syria -- and for the role the federal government played in their treatment there:

The men were never charged with any crime. They were merely collateral damage in the terrorism scare after the 9/11 attacks.

A judicial inquiry, headed by former Supreme Court justice Frank Iacobucci, determined that information provided by the Canadian Security Intelligence Service led to their arrests in Damascus. But the inquiry did not have authority to order compensation for the men. So, they continue their fight in lawsuits that have dragged on now for years.


Justin Trudeau has tasked his Justice Minister, Jody Wilson-Raybould, with restoring the Court Challenges program and with undoing the damage the Harperites have done.

That is no small task.

Not to mention harper meddling in high profile court cases where a couple of his friends were implicated.

When it looked like Gordon Campbell might have to testify under oath in the BC Rail trial where his friend David McLean was heavily involved in the shady sale/999 year lease of our railway.

More recently and still dragging expensively on is the trial of his friend Gwyn
Morgan's Encana corporation destruction of Jessica Ernst.

So much for arm's length between government and judiciary.

And let's not forget Harper's attack on the Chief Justice of the Supreme Court, ron.

Does the image of the Augean Stables come to mind? I know it does for me on this point. And without a handy equivalent of the river Hercules used to deal with it, this is a Labour that cannot be so easily dealt with in the real world because of how important it all is.

This was one of the areas I was always most concerned with Harper and the Harperium and had been trying to get people to grasp all along for over a decade. This is going to be I believe the single most challenging job in the Trudeau government, and Justice is Ground Zero for the Judicial nukes Harper was laying and triggering whenever he could. While I'll concede I am being slightly hyperbolic with the nuke bit, I'll only concede by a slight amount/degree, the damage that was intentionally being done by design by Harper from the beginning in the area was intended to be the most salted of all the scorched earth in Harper's government. He didn't just want it destroyed, he wanted it to be as irreparable as possible, so much so that following governments would find it too intensive to bother with and give up on it even if they did not share his ideological/philosophical beliefs in these areas.

This is a true nightmare, and one of those areas where I've maintained all along we have only ever seen the tip of the true iceberg that awaits us and the Libs when it comes to this aspect of government and the Canadian legal system. Repairing here is the work of years to decades, let us not kid ourselves.

I like the reference to the Augean stables, Scotian. There isn't a better or more elegant image of BS to be found in the whole Western Cannon.

I have more confidence than Scotian in the resilience of Canada's judicial system, Owen. The judiciary was assaulted, repeatedly, to be sure but it never yielded. Indeed it held on to uphold the Charter in defence of our constitutional rights and freedoms again and again to the constant frustration and chagrin of that petty despot. But for the strength of our judicial system the country the Liberals inherited would be a far worse place.

Thanks, I try to elevate the ways of calling out excrement wherever possible, but really, this was the first thought that came to my mind for metaphorical comparison, it really is that bad.

What is truly amazing, Mound, is that the Harperites could pile it so high and so deep for so long.

I agree with your assessment of the Canadian judicial system, Mound. For most of the Harper years, it was the courts that were Harper's real opposition. On the other hand, Wilson-Raybould needs to but the ministry's lawyers to better use. A lot of Canadians are waiting for decisions.

Another testament to Harper 'The Peeve Steve' being of the criminal element on the Canadian landscape I say we treat him like he treated...

I'm not sure you quite grasped what my concerns are here. It is with the legislation that Harper put out, the bad precedents that got created under his rule, and the (thankfully) few partisan judges he got onto the bench, albeit more at the lower levels than the higher by the time he was removed from power. Compared to what it could have been it is not so bad, but to not recognize that there was clear damage done with malicious intent does not change the reality that it is there. Harper went after our legal systems in as many ways as he could as a primary target because he understood its role as the protector of all that he despised. He knew it to be one of his greatest obstacles in reshaping Canada to his view of it. So I am very convinced there is a lot more than we want to think/believe there than we currently have seen that was done under the cloak of Harperium cones of silence. He HATED this tool and symbol of all he despised, to not believe this was something he did all in his power not just to destroy but to salt the earth of, well too much for me to do.

Hey, if it turns out I am wrong, that I am being overly concerned, I will dance the happy dance all night long and then some, but I am a long way from that point precisely because I know this was something under primary threat and target by Harper. Those omnibus bills carry a lot of potential for damage, and that is one of the places I worry most about the nuclear judicial landmines I mentioned in my initial comment. Another place is with some of those lower court judges, hey he got old Vic Toews on the courts, so who else did he manage to slip in at that level, and what kind of bad law/precedents will they be creating long after Harper is gone? I think his is going to be one of the most enduring aspects of the Harperium to deal with, and while yes in the end our judiciary seems to have weathered it, I worry about the unseen damage much like the way after multiple storms over the years a building can seem to be as strong as ever but upon close examination the signs of woodrot from moisture and salt corrosion can be seen (I'm obviously talking about somewhere near an ocean for this comparison since that is the kind of place I know best being a Bluenoser) even in its bones and not just the windows and doors. We all know that this structure was clearly under focused attack from the first days of the Harperium to its last, to believe there is not more damage and hidden landmines out there is in my mind to be being overly optimistic at this stage of the game.

This is one area where I believe being too paranoid is far, Far, FAR better than not enough.

I agree with scotian - the Harperite attack on the judicial system was the silent killer of democracy during the Harper decade. The courts are, in a sense, a soft (but incredibly important) target for anti-democrats like Harper and his ilk. They can essentially freeze the process of democracy by simply perpetually slowing down opposition to any of their efforts in the courts. If you think about it this could be a fundamental way for neo-liberals to move forward in the future. As the neo-liberal ideology begins to fail and falter, its representatives in government can pass any kind of undemocratic and unconstitutional law and they just freeze out opposition through continual court delays supported by the deep pockets of their corporate partners in crime.