Ottawa -- For The Moment -- Has Changed 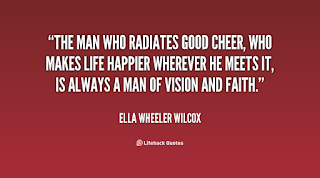 Allan Fotheringham claimed that Ottawa was the town that fun forgot. That was certainly true during the Harper years. Michael Harris writes:

During Harper’s tenure, 24 Sussex looked more like a monastery or a morgue most nights. It was as if everyone in the house was in the basement grooming cats. Steve was not into entertaining. When he did hold court at home, you only got in if you could prove you were related to him, made regular contributions to the Conservative Party of Canada, once lived above his garage, or were accompanied by Pierre Poilievre.

Former Speaker of the House of Commons, Peter Milliken, was never once invited to 24 Sussex in 10 years. Nor did Harper accept a single invitation to the Speaker’s Scotch nights, the purpose of which was to take some of the toxic partisanship out of the Ottawa scene. Milliken knew that good Scotch, judiciously applied, could channel shared humanity amongst the bitterest rivals. Steve was always fine with a double dose of toxic on the rocks.


Justin Trudeau has not moved into 24 Sussex -- and it will be quite awhile before he does. But the mood in Ottawa has changed:

So it was very significant, at least to me, that the new parliament opened with Trudeau congratulating all elected MPs. It was more than a grace note. It showed that unlike his predecessor, the new prime minister knows that Canadians elect parliaments, not governments. It showed respect for an institution that under Harper had become dysfunctional, or at least it had according to parliamentary experts like former speaker of the house Milliken, former auditor general Sheila Fraser, and former clerk of the House of Commons Robert Marleau.

In short, the man everyone feels comfortable calling Justin seems to enjoy the din raised by many voices — even the ones singing from different hymn books than his. In a nation grown used to Harper’s suffocating intellectual homogeneity, it is a blessed relief. The new PM can apparently handle diversity, just like the country. He also seems able to have fun. Whenever Harper tried to have fun, he was patting animals against the grain of their fur or shaking hands with panda bears. It was staged torture. With Trudeau, it seems natural.


Christmas will be different this year in Ottawa. Let's hope that the Season Of Good Will survives in the New Year.

Scrooge has left and a much kinder, gentler leader is now in place but will the children play by the new rules, have a tantrum, or sulk in the corner?

That is the question upon which our democracy hinges, Rural.

It's interesting Owen, Trudeau's capacity to bond genuinely with anyone and his natural charisma is truly astonishing to watch. It is the very thing that his critics despise him for(I wonder how much is just plain envy) and the Canadian people like and even love him for.And we all know in the long run, it's what the Canadian people think that really matters.

I agree, Pam. There's a lot of envy behind the criticism of Trudeau. Some of it stems from his name. But some of it is rooted in the recognition that he's a really good retail politician.

I normally do not do this, but I think my comment in the thread for Harris's column being cited here that I wrote last night sums it up for me, and since it is a somewhat lengthy one I'll just provide the link to it here for those interested instead of recreating something the same in multiple comments. Besides, to be honest I'm a bit on the sore and tired side today, so I'm going to be a bit lazy. Please forgive me Owen.

How do I get to it, Scotian? I see names but not numbers.

Trudeau will truly make a significant contribution to Canadian politics if he can maintain his desire for civility in the House, Owen. I am eager to watch the first QP to see how it goes.

It will be particularly interesting if Trudeau follows through on his idea of Question Periods devoted to answers from the Prime Minister, Lorne. Those QP's would test his mettle.

Hi-lite the address, right click your mouse, tell it to open in new tab or window.

Alternatively if that doesn't work with your browser (I use Firefox), copy the full address and paste it into your browser window. It will take you to my comment there, although because it is DisQus it uses part of my email for my alias at the top, which is carpediem, but I always sign off as Scotian since that is my original online alias for political commenting. I can tell you I did both from the posted comment here and it worked fine, so that should do the trick.

I agree wholeheartedly with your assessment of Harris' work, Scotian. And, as you say, he still has a lot of work to do.

Thanks. You can see why I didn't want to replicate it here, or simply cut and paste it into a multi-comment. I do try to always make original comments, but even I have off days, and this for me is one of them. Thanks for your forbearance.

No problem, Scotian. I always look forward to what you have to say.