The New York Times Has Noticed 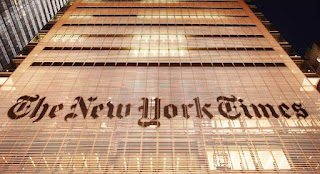 Canada is back. If you have any doubts, Richard Gwyn writes, consult the New York Times:

The New York Times was the first outsider to spot that something most unusual was happening here. Canadians, declared this august newspaper, had somehow gained “a renewed sense of national identity rooted in diversity, in humane and inclusive social policies at home and in humanitarian services overseas.”

“The thrill of the moment may be fleeting,” continued the Times, but it could “awaken new generations to public service and as an antidote to the cynicism about politics that has sadly become the norm in established democracies.”

The credit, according to Gwyn, goes to Justin Trudeau:

That the credit for this achievement is due overwhelmingly to Justin Trudeau is self-evident. His election campaign was one of the most skilful ever staged in this country. His construction of his cabinet was more inventive by far than any before it: asked why he’d chosen as many women as men as his ministers, Trudeau’s reply was the unanswerable, “Because it’s 2015.”

That doesn't mean that Trudeau will have an  easy ride. The economy is preforming worse than the Conservatives predicted. Now Justin will get the blame. And negotiating a solution to climate change is a Hurculean task:

Difficulties are certain to accumulate soon. The most threatening is that Trudeau’s campaign promises will soon be revealed as a good deal more expensive than he’s yet admitted. Getting a climate change agreement that actually commits countries to their emission-reduction promises will be exceedingly difficult, not least when a nation as large as India says it must go its own way.

But Gwyn believes that the stars have aligned:

But what’s happened is that a union has taken place between the right leader and the right country.

Email ThisBlogThis!Share to TwitterShare to FacebookShare to Pinterest
Labels: Canada In The New York Times

Every time the CPC wants to go on about how the Libs misread the economic picture in the election campaign, it needs bringing out the last CPC budget and claims by the CPC during the election campaign about how THEY saw the economy actually being. They were clearly far more off than the Libs, not by a small margin of difference either. This should therefore be used to point out that not only is their economic credibility dubious at best, it was their government that put us into this situation for Trudeau and his Libs to have to figure out how to dig us out of.

Unfortunately, Scotian, most human beings will point fingers at others before they will point them at themselves.

Oh, I know and sadly agree, which is why I am saying it is needful to be pointing them right back at the CPC and Ambrose whenever they pull this crap. The Libs cannot realistically be given any significant responsibility, good or bad for economic developments for at least 6-12 months because it simply takes that long to work through. So for now and the next several months what we see is clearly on the watch of the outgoing Harper government and its policies, and they need to not be allowed to escape responsibility for it, let alone falsely blame the new government. Thankfully most Canadians do understand this basic truth about governments, but given the preference for the CPC to use the "big lie" technique this needs to be guarded against and stomped on as often and forcefully as needed.

I hope Justin is prepared for a grilling, Scotian. The Harperites will try to make him wear the economy at every chance they get.

Thanks for the links, Dana. It's not just those of us who live in North America's Attic who are paying attention.