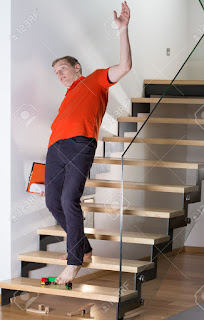 Lawrence Martin writes in today's Globe that Justin Trudeau is beginning to falter. First, there was the sound and fury over Castro -- although  much of the noise was the consequence of short historical memory. Beyond that, today's media is decidedly right-wing. Forty years ago,

there was no giant conservative chain like Postmedia, which is the preponderant print voice in many of the country’s big cities and which fields conservative commentators in greater number than progressives. Today the right side has the balance of power in the print media and has gained ground at the CBC where a conservative has been appointed to head up its new on-line commentary service.


More serious is the unfolding cash for access story:


The other rhubarb, the cash-for-access story, is one that stings because although it’s an age-old political practice it contravenes the clearly worded pledge Mr. Trudeau made before coming to power. To wit: “There should be no preferential access or appearance of preferential access accorded to individuals or organizations because they have made financial contributions to politicians and political parties.”

There is as yet no direct evidence of kickbacks or quid pro quos in what the PM and his ministers have done. On the question of openness and integrity, this government has shown more of it than their predecessors, who last we looked were embroiled in a cover-up scandal on Senate expenses that saw them trying to falsify a Senate report, misleading the House of Commons and offering testimony at the trial of Mike Duffy that was risible.

That said, the cash-for-access story could have legs, lots of them. Examples keep popping up. Liberals’ heads keep popping down. The Conservatives have them on the defensive and with Mr. Trudeau facing difficult decisions on upcoming nettlesome files, they are likely to keep them there.

And, yesterday, the Liberals approved Kinder-Morgan and the pipeline to Wisconsin. Both pipelines are on existing routes. Perhaps Trudeau feels that's a safe strategy. But recent events in the U.S. and the UK suggest that, these days, there is no such thing as a safe strategy.

Email ThisBlogThis!Share to TwitterShare to FacebookShare to Pinterest
Labels: Tough Times For Trudeau

My resolution this New Year will be to work for a Liberal-free British Columbia in 2019. That smarmy bastard knows there's no way in hell to clean up a bitumen spill in coastal waters and yet he's offloading the risk of catastrophe on the people of the west coast because that's the politically expedient thing for a government deep in the throes of neoliberalism.

The faces change, but the agenda is the same, Mound.

The cynical bit may be that Trudeau is gambling that the pipe won't get built and is using the political hew and cry for his own purposes. Has he learned to smirk?

I suspect he always planned to build the pipeline, Toby. After all, he criticized Harper for not building any pipelines over ten years in office. He'll spin this as another difference between himself and Harper.

B.C. voters need their own Trump to build a wall with Alberta. Lol

Harper must be laughing his head off at those who voted for the "Neo-Liberals" thinking the latter were sincere about addressing global climate change.

It sounds like Christy Clark thinks the pipeline is a good deal, Anon. The oil barons are still in charge.


Re,
Anonymous Toby said...
The cynical bit may be that Trudeau is gambling that the pipe won't get built.

Well said; this is an often used ploy by many politicians the world over.

Playing both ends to the middle is common practice.

One hundred and eighty degrees to this is Christy Clark announcing that Enbridge has 'almost' met the demands of BC!!
We know what that means!!

The world is exposed to so much false news that the knowledgeable trust nothing.

Groucho Marx'x question is as relevant today as it was seventy-five years ago, TB: Who you gonna believe? Me, or your own eyes?