We May Be Cooked 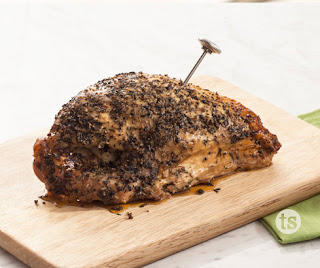 Surveying what has been happening in Europe and the United States, Jonathan Manthorpe asks, "Is Liberalism dying out?" He writes:

Only in Canada (and Portugal) does the seemingly archaic and decidedly retro 20th-century notion of small-L liberalism — or, if you prefer, social democratic centralism — survive unchallenged.

Everywhere else among Canada’s cultural kith and kin, what has become known as ‘populism’ has taken power, or is poised to take power, or is busy fermenting in the streets and on the opposition benches.

It was populism that propelled to victory the campaign to take Britain out of the European Union in June’s referendum. Donald Trump applauded the Brexit victory as a trailblazer for his own populist route to the White House.

It is populism that got Viktor Orban elected Hungary’s prime minister in 2010 and has kept him in power since. Populist parties have the most parliamentary seats in Greece, Slovakia, Poland, Switzerland and Italy. In Norway, Finland and Lithuania, populist parties are in governing coalitions. Populist parties are represented in the parliaments of all other European countries — including Germany, where Chancellor Angela Merkel remains an increasingly lonely champion of social democracy.

In France, Marine Le Pen, leader of the National Front, sees the Trump and Brexit victories as beacons lighting the way for her own push for the Élysée Palace in the presidential elections in April and May. The selection at the weekend by France’s centre-right Republicans of former prime minister (and conservative Catholic) Francois Fillon as their candidate ensures the election will be fought on Le Pen’s ground. The socialists — whose current leader Francois Hollande is the most unpopular president since the founding of the Fifth Republic in 1958 — are not in the game.

In Austria on Sunday, Norbert Hofer of the populist Freedom Party is odds-on to win the presidency. In Holland, current polls indicate that Geert Wilders and his radical anti-Islamist Party for Freedom will win power in the elections scheduled for March. In next September’s elections for the Bundestag, odds are good that the populist party Alternative for Germany, whose support has grown with the influx of about one million Syrian refugees, will win seats in the federal parliament for the first time.


There is a dark tide rising which not only threatens democracy but also the planet. We may be -- figuratively and literally -- cooked.

Email ThisBlogThis!Share to TwitterShare to FacebookShare to Pinterest
Labels: On The Eve Of Destruction?

It really is time to start trying to figure out ways of preserving some examples of humanity's finest achievements so extraterrestrial visitors or even future sentient life forms here on Earth might think we were more than merely self-destructive idiots.

A legacy of wise decisions would be a noble achievement, Dana. Unfortunately, wisdom is increasingly in short supply.

I think that the present state of the "Global Village" is not so rooted in racial strife or any other labels regarding the malaise but in more simplified terms people are just getting really nasty. There is a lack of compassion for those less fortunate in the world. A general distrust and intolerance for everyone but especially those in need. When wild animals get cornered,,,

I agree, zoombats. We've gotten a lot meaner and a lot nastier.