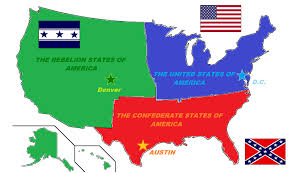 Tom Friedman writes that he grew up in the 1960's when the United States was divided over Vietnam. But what's going on now is much worse than the divisions of the '60's:

We can’t find common ground on which to respectfully disagree; the other side is “the enemy.” We shout at each other on television, unfollow each other on Facebook and fire verbal mortars at each other on Twitter — and now everyone is on the digital battlefield, not just politicians.

And nothing is sacred. Brett Kavanaugh defended himself the other day with the kind of nasty partisan attacks and ugly conspiracy theories that you’d expect only from a talk radio host — never from a would-be justice of the Supreme Court. Who can expect fairness from him now?

And this fracturing is all happening with a soaring stock market and falling unemployment. Can you imagine what it will be like when we face the next recession?


While malpractice can be found on both sides of the divide, one side is more responsible for this debacle than the other:

It would be easy to blame both sides equally for this shift, noted [Norman] Ornstein, but it is just not true. After the end of the Cold War, he said, “tribal politics were introduced by Newt Gingrich when he came to Congress 40 years ago,” and then perfected by Mitch McConnell during the Barack Obama presidency, when McConnell declared his intention to use his G.O.P. Senate caucus to make Obama fail as a strategy for getting Republicans back in power.


It may be too late to end the cycle of self destruction. Certainly, the United States is running out of time. If the country doesn't self correct quickly, it will disappear before the warming planet destroys the place. And global warming is the crisis that faces all of us.

Image: geostar.info
Posted by Owen Gray at 9:13 am


There have been few moments in history when social cohesion was so needed to meet the challenges of the day and most of those were major wars. This time it is not territory or ideology at stake but the very survival of societies and our global civilization. The Right has chosen the worst possible moment to cleave societies into seemingly irreconcilable camps, tribes, and there will be a price to pay for that which will be exacted for decades to come.

This struggle over Kavanaugh drives home the point. It has always been the president who nominates Supreme Court justices and they generally were of that president's camp. That, of course, is still being done today. The difference in modern times is that the Republicans no longer honour the unwritten convention necessary to ensure that the top court dispenses justice, not ideology. Instead, as far back as Scalia, Republican presidents have been nominating radicals, not moderates. By going with hardliners the court has been politicized and hopelessly bound by ideological preferences. It is no longer a court of law.

This malignancy traces back into Congress. As Friedman points out it began with Newt Gingrich and the tearing up of bipartisanship. McConnell openly stated that the congressional GOP would unwaveringly seek to block and disrupt any effort by the Obama White House to govern. It was said that Obama would have to repeal the 13th Amendment and reinstate slavery before any Republican would support him.

I used to believe the old saw: “You can always count on the Americans to do the right thing after they have tried everything else." I've come to firmly believe, Mound, that is wishful thinking and historically inaccurate.

Civil war is inevitable in failed countries like the U.S. More frightening is the crazy amount of weapons and ammunition in private hands including things like hand grenades, RPGs and a wide variety of light military vehicles up to and including tanks. Apparently it is several times more the the army and police and other jobs requiring guns have in stock. I doubt the government will keep control for more than a day if anything really broke out.

Back in the 1960's, H. Rap Brown claimed that "violence is as American as apple pie." I suspect we're about to get another demonstration of that axiom, bill.

Over at the Empty Wheel Blog, the writer comments on the divide in the U.S.A. However, the writer does go on to record their experiences in the Carolina's with citizen volunteer aid groups, such as the Cajun Navy, barbeque experts going into help by the hundreds. How essential they all were. It would seem that during a weather induced crisis, Americans still pull together. As the writer commented, there were no politics.

It is lamentable this attitude can not be brought to a lot of other things, but then those like you mentioned have brought a great divide to American life. Americans may have fallen into it because they are a mobile society. The move often, for school, for the armed forces, jobs, etc. They loose contact with their families and previous friends. What they do by tying into things like Trump's deplorables, is they are looking for a tribe. Sometimes when I look at it I wonder how different the Trumpsters are from criminal gangs. They both provide a certain sense of belonging and that is in the end what many of these people want.

Many of Trumps supporters are the disenfranchised, economically and previously politically. Now someone is paying attention to them, so they think. However, does he really care about them. Not so much, not a rat's ass worths.

Remembering when Americans had taken up shooting their young, Kent State, and have continued to this day with mass school shootings, it is hard to know how it will all end. Right now the focus is off of immigration, but if its not in the press, what are Sessions and Miller really up to. My feeling is, that once Trump and Miller tell Sessions to start revoking the citizenship of AMericans the war will be on. A number of items have been appearing regarding Trump/Sessions/Miller wanting to revoke green cards and citizenship of Americans who came from other countries.

Civil war is always possible in the U.S.A. It was as late as the 1930s when because of a mine strike there were enough people with guns in the surrounding area to have started one. At that time the American government was so concerned about Canada being involved they had determined which Canadian cities they would try to invade should Canadians become involved. Then WW II began, full employment and we were all friends again.

After reading this article, went over to Lawyers, Guns, and Money and read an article by Scott Lemieux, titled: Once Malice is embraced as a virtue its impossible to contain it.

Its worth the read. It covers much of the same territory as your article, but from an other perspective, it was malice which united them, its actually a bonding experience. It goes all the way back to lynchings in the South and the smiles on the faces of the men. It wasn't just for what they did, but that they did it together and that is perhaps what binds all of these people together in their malice.

Two very interesting comments, e.a.f. Trump claims that's he's for the little guy. But, as the invetigative report in the New York Times makes clear, he's always been about the maintainence of privilege -- particularly his own. Others from the privileged class saw that he was a useful idiot. They will ride his coatails until he is no longer useful.

You're quite correct, they will ride his coat tails until he is no longer useful, because he isn't one of them. He is loud, boorish, etc. Family hasn't been in the country for several hundred years, etc. he has no class. They may have drinks with him at his hotels, resorts, W.H., but do they ever invite him over to their homes? Not so much. He had to climb to the top to have any social acquaintances, but does he really have any friends? Don't think so. He will wind up with not much after they are finished with him and once the real shit hits the fan, they will abandon him, just as he abandoned so many.

Melania Trump sure planed a good time to get out of the country. From the few pictures I've seen she looks really happy.

I suspect that Donald doesn't sleep well at night, e.a.f. He has no friends and he sees enemies everywhere.