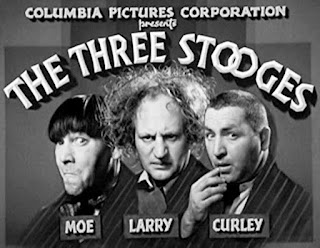 In the middle of a pandemic -- where the United States is the epicentre of the disease -- the Trump administration has once again petitioned the Supreme Court to kill Obamacare. Paul Krugman writes:

The legal argument behind the case is beyond flimsy: The lawsuit claims that the 2017 tax cut effectively invalidated the act, even though that was no part of Congress’s intention. But with a conservative majority on the Supreme Court, nobody knows what will happen. And Trump’s support for the suit makes it clear that if re-elected he will do all he can to destroy Obamacare.

Not to worry, says the president. In tweets over the weekend he insisted that he would come up with an alternative to Obamacare that would be “FAR BETTER AND MUCH LESS EXPENSIVE” while protecting Americans with pre-existing conditions.

But he’s been claiming to have a much better alternative to Obamacare since he took office. Republicans in Congress, who voted to repeal Obamacare 70 times during the Obama years, have been making the same claim for more than a decade.


The Republicans claim there is a better alternative to the present healthcare system. And there is -- single-payer. But nobody wants to go there. There is, however, one other option:

We could go back to being a country in which people with pre-existing conditions and/or low incomes can’t get health insurance, where for a large fraction of the population illness either goes untreated or leads to bankruptcy. That would, in part, mean becoming a country in which Americans who caught Covid-19 during the pandemic would be uninsurable for the rest of their lives.


And that is the destination Trump and the Republicans have set for their country. Trump is Larry, Curley and Moe all rolled up in one person. And the Republican Party is a fools parade.

"The legal argument behind the case is beyond flimsy," in other words, it will be catnip for Thomas, Alito, Gorsuch and Kavanaugh. It's going to be tough choice for Republican voters in the fall - double down on racism or preserve the family's health insurance? Current polling suggests those voters are finally getting their priorities straight.

It's taken almost four years, Cap. But it appears that Americans are finally beginning to see Trump for the stooge he is.

The timing lays bare what this gambit is about. Healthcare insurers are looking at enormous payouts and they want to shed policy holders faster than a Covid patient sheds virus. Those HMOs are in the business of raking in profits, not paying out on claims.

It would seem counterintuitive for Trump to be turfing his base off the insurance rolls with an election looming - unless - he figures there'll be no second term and he wants to feather his nest for the next life.

You'd think that, given his numbers, Trump would make adjustments, Mound. But he didn't expect to win the last time around. Instead, he thought he'd burnish his brand and fill his coffers.

Perhaps he's making the same kind of calculation this time around.