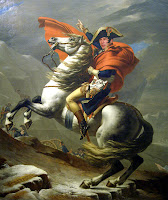 Even George Bush's strongest supporters were surprised last week when he chose the Vietnam analogy to buttress his argument that there should be no draw down of troops in Iraq. Actually, he was using an argument that has long been a favourite of American conservatives, starting with Ronald Reagan. That argument is that America lost in Vietnam because it lost its nerve, once congressional Democrats -- taking advantage of the disarray following Richard Nixon's resignation -- stopped funding the war. Mr. Bush claimed that, if American troops leave Iraq, there will be a replay of helicopters leaving the roof of the U.S. embassy, accompanied by scenes of military equipment being pushed into the sea or being abandoned in the desert.

However, the Vietnam analogy is fraught with problems for Mr. Bush. To begin with, there is the Gulf of Tonkin Resolution and the argument -- which historians generally agree was a trumped up case -- for the escalation of the war. Recalling Lyndon Johnson's rationale for widening the war brings up echoes of those weapons of mass destruction and the mushroom cloud conjured up by National Security Advisor Condi Rice. Then there are Mr. Bush's and Mr. Cheney's personal histories, where -- by student deferments or family connections -- both men managed to avoid service in Southeast Asia, while others had no such option. It reminds people that those who serve in Iraq bear an unequal burden. Now most citizens, like Mr. Bush and Mr. Cheney, can choose not to serve. Finally, there is that black marble wall in Washington, which is a reminder of those who died in the service of a failed policy.

There are more negative parallels between Vietnam and Iraq than positive ones; and Mr. Bush has given his critics lots of ammunition to use against him. Writing in his blog on August 22nd, Robert Reich -- Bill Clinton's first Secretary of Labour -- concluded, "The apparent stupidity of this man -- or his assumption of the stupidity of the American people -- is unfathomable."

But perhaps the Vietnam analogy really doesn't fit. In an article in The Nation for the week of September 10, Juan Cole, a professor of Middle Eastern and Southeast Asian History at the University of Michigan, argues that the real echo of Mr. Bush's invasion of Iraq is Napoleon's invasion of Egypt in 1798. "There are many eerily familiar resonances between the two misadventures," Cole writes, "not the least among them that both began with supreme arrogance and ended as fiascoes. Above all, the leaders of both occupations employed the same basic political vocabulary and rhetorical flimflammery invoking the spirit of liberty, security and democracy while largely ignoring the substance of these concepts."

Cole is not alone in seeing the similarities between the French Invasion of Egypt and the American invasion of Iraq. In a report on May 17th, 2004, CBS News correspondent Tom Fenton pointed out that two prominent historians saw Mr. Bush's decision to invade Iraq as folly. Henry Laurens, who Fenton called "an eminent specialist on the Arab world," noted that,"the French went in posing as liberators, proclaiming their goal was to free the Egyptians from the yoke of the Ottoman Empire. Impoverished, backward Arabs would welcome French soldiers and the revolutionary ideas they brought." But, even though Bonaparte's campaign began well, "remnants of the old regime began a guerrilla campaign in the countryside, and in the cities several insurrections had to be harshly repressed. The war widened, and the French finally lost Egypt against the forces of the British and the Ottomans." Harvard historian Samuel P. Huntington, author of The Clash of Civilizations, saw the American invasion of Iraq in similar terms. He claimed that "the American occupation of Afghanistan and Iraq has spread, rather than contained the war;" and, he concluded, the war against the Iraqi people was a struggle which the United States would "never win."

The final paragraph of Cole's article is a cogent summary and comment on the parallels between Mr. Bonaparte's and Mr. Bush's forays into the Middle East. It bears repeating:

"It is no accident that many of the rhetorical strategies employed by George W. Bush originated with Napoleon Bonaparte, a notorious spinmeister and confidence man. At least Bonaparte looked to the future, seeing clearly the coming breakup of the Ottoman Empire and the likelihood that the European Powers would be able to colonize its provinces. Bonaparte's failure in Egypt did not forestall decades of French colonial success in Algeria and Indochina, even if that era of imperial triumph could not, in the end, be sustained in the face of the political and social awakening of the colonized. Bush's neocolonialism, on the other hand, swam against the tide of history, and its failure is all the more criminal for having been so predictable."