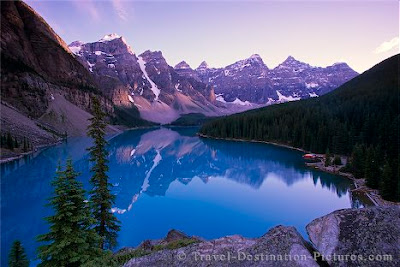 Today this country marks its 141st anniversary. For a nation which was cobbled together out of a collection of dissimilar colonies -- one which has always considered itself a nation rather than a province -- the fact that the marriage has lasted for one hundred and forty-one years represents, indeed, the triumph of hope over experience.

We owe at least some of our longevity to luck. We have been blessed with an abundance of natural resources and space. Lately that has meant that, in a world gone wild for commodities, we have prospered. And all that space has given us room to blow off steam when we got on each others' nerves.

But we also have survived. We have done so in the darkest of winters; and we have done so despite geographical and cultural barriers -- by, more often than not, finding a way around them, instead of confronting them head on. It's not a particularly heroic way to solve problems; but it leaves behind less scar tissue. In the process we have built institutions -- first a railway, then a telecommunications system and, finally, a publicly financed health care system -- founded on the principle that survival requires sacrifice -- at times, unequal sacrifice.

That ethic of sacrifice has been under attack for a generation by those who have maintained that self interest is in the public interest. They have told us that such is the way of the newly globalized world -- and it is time we got with the program. But in a country which is (geographically) the second largest in the world and which is home to a surprisingly small population, self interest has always run up against the needs of the community. And, most of the time, the community has triumphed.

However, as James Travers points out in today's Toronto Star, we live in an era when our community is now the world. We can no longer afford, he writes, "to live in splendid northern isolation." Besides having obligations to our fellow citizens, we have an obligation to the planet and its citizens. This means we must work to establish trading systems which fairly distribute our own and others' resources; we must sell our oil and reduce the greenhouse gases it generates. Most of all,we must work to see that the grain and other foodstuffs, which have made us wealthy, feed an increasingly hungry planet.

The challenges are more than daunting. But they were just as daunting in 1867, when this seemingly impossible country looked like it would be the victim of American Manifest Destiny. We are not perfect. The Prime Minister's recent apology for the treatment of native children in residential schools should remind us of that. On the other hand, our belief in "peace, order and good government" -- as prosaic as they are -- have got us this far. Those values have built a considerable nation. They also have their place in the world of the 21st century.
Posted by Owen Gray at 7:28 am