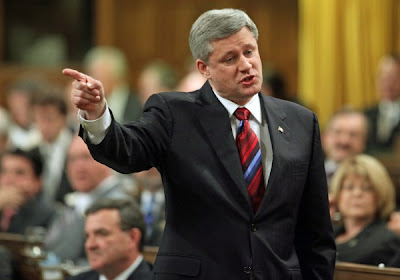 What's strange is that we've been here before, fifteen years ago, and the solution -- under the Chretien government -- was to do both: to raise taxes and cut spending. We know what we will have to do. The Harperites -- and Mr.Corcoran -- suffer from a peculiar pathology, a pathology which occasionally shows up -- as it did last November, and immediately after the G8 summit -- when Mr. Harper lashes out at the opposition in a fury of indignation, determined to crush them. He seems unable to help himself. Mr. Simpson is right to worry that the Prime Minister is pathological.
Posted by Owen Gray at 7:41 am