One May Smile And Smile 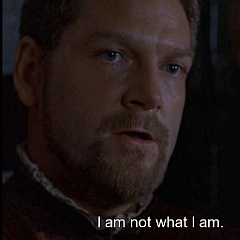 Tom Walkom writes that no one should be taken in by the cosmetic changes to the Temporary Workers program, which Jason Kinney announced two days ago:

It has been forced to retreat marginally from its long-running campaign to push down wages in Canada. But it hasn’t given up the war.

Yet only one is significant. That’s the government’s decision to axe a provision allowing employers to pay foreign temporary workers up to 15 per cent less than the going wage.


Even the Harperites had come to realize that, at a time when 1.4 million Canadians are out of work, this was unduly provocative.

But the goal remains the same -- to drive down labour costs and increase corporate profits -- not just in Canada but around the world. Things could be different. When the Harper government signs its much ballyhooed trade deals, it could insist on labour and safety standards which would go a long way to preventing the kind of disaster that happened in Bangladesh:


Canada and other rich nations could help by insisting that wage and labour rights be preconditions for trade with a developing nation like Bangladesh.

To put it another way, trade and immigration policy could be used to boost wages there toward Canadian levels.

But that is not what is happening. Instead, Canada’s government is using trade and immigration policy to lower wages here toward Bangladeshi levels.


The lesson Othello learned from Iago applies equally to Stephen Harper: "One may smile and smile and be a villain."

Every time Stevie Harper smiles, I have an urge to pass him a box of Ex-Lax. Seriously.

Also, it is disconcerting. Whenever he smiles, one of the first questions that come into my head is did he run over a small child on the way to work?

Harper is pure evil. We've never seen anything like this in Canadian history.

I agree with you, ck. We've never seen anyone like him in history.

Other politicians have had lax consciences. But Harper seems to lack one entirely.

Harper's own caucus named Harper a control freak. Harper was Policy Chief for his, Northern Foundation Party of 1989. Harper being a control freak, shouldn't have surprised anyone. Harper is a dictator from way back.

As we all know the huge banks of the world, are going to control the masses, so they say. Harper is right in on this. Some say. Harper giving Canada to Communist China is part of, these huge banks plots for world domination. China is a very wealthy, powerful country. China wants Canada. Harper is giving Canada to that horrible country, right on a silver platter. Harper's sellout of Canada began way back, with his favorite henchman Gordon Campbell of BC.

And he keeps smiling, meadowlark, convinced that Canadians can't see through him.